Harry Potter and the chamber of secrets / Rowling, J. K

Even though I have already read Harry Potter, it still felt like I Hadn’t read it because I went into my own world

Reviewed by Delia from Kilbirnie and Seatoun School , 9 years old

Lightfall. Book one, The girl & the Galdurian / Probert, Tim

I just loved this Graphic novel. I like the characters because they are very funny. The story was very nice. I asked my Mum to get the second book from this series.

Reviewed by Olivia from Khandallah and Wadestown School , 8 years old

An amazing book. I loved it (good thing I don’t see He-who-must-not-be-named in the muggle world).

Harry Potter and the Order of the Phoenix, J.K. Rowling

This book is about Harry Potter going on adventures with his friends Ron and Hermione. My favourite part of the book was when there was a big battle at the Ministry of Magic. I was surprised when a main character was murdered. I would highly recommend this book to anyone interested in reading about a good adventure.

Reviewed by Jess from Miramar and Amesbury School , 7 years old

Harry Potter and the prisoner of Azkaban, J.K. Rowling

Sirius Black the mass muduer escaped Azkaban ”No one can escape Azkaban”- Hermione. It has been said that Sirius muduered 100 muggle people. Demthers attacked Hogwarts castle. Sirius sheaks in the castle …..later….. In Teatrees lesson in Harry Potter tea pot there is what Teatree fears. Super exciting book ever! I could’t stop reading this book.

Harry Potter and the Order of the Phoenix, J.K. Rowling

I really enjoyed reading this book. I especially like the end bit when they battle. Harry, Dumbulldoor and the order of phooenix vs Lord vorlomort, Betrix and the death eaters at the end. This part of the story was so thrilling to read. I like Harry Potter’s series very much.

Harry Potter and the goblet of fire, J.K. Rowling

Harry Potter has been entered in the triewirezd tonarmet. ( 17 or over can only enter but Harry has been entered) Harry has passed three dangerous tasks to be the winner. Can Harry win the triewirzed tomaremot and deafet Lord Vordomort? I just could not stop reading because I wanted to know what was happening next. It was so exciting! 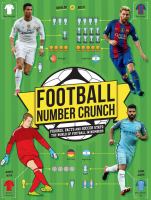 Summertime is in the air! These awesome new kids fiction books have arrived at your library!!!… so pop down to your local branch library to get your hands on these gems….

Chill of the Ice Dragon; Dragon Masters #9 by Tracey West

Lenny’s book of Everything by Karen Foxlee

Lenny, small and sharp, has a younger brother Davey who won’t stop growing and at seven is as tall as a man. Raised by their single mother, who works two jobs and is made almost entirely out of worries, they have food and a roof over their heads, but not much else. The bright spot every week is the arrival of the latest issue of Burrell’s Build-It-at-Home Encyclopedia. Through the encyclopedia, Lenny and Davey experience the wonders of the world and dream about a life of freedom and adventure, visiting places like Saskatchewan and Yellowknife and the gleaming lakes of the Northwest Territories. But as her brother’s health deteriorates, Lenny realizes that some wonders can’t be named.

Bracket Wood is about to be visited by the school inspectors. But there’s one big problem: Ryan Ward. The maestro of practical jokes, Ryan has played so many tricks that in the end the Head Teacher just walks out. And then the new Head Teacher, Mr Carter, arrives. A man so strict even the teachers are scared of him. So imagine his surprise – and Ryan’s – when they swap bodies. Now Ryan is Head Teacher – and his mortal enemy is one of his pupils. It’s every naughty kid’s dream! But soon Bracket Wood School is in a total mess – and only its worst ever pupil can fix it…

Billy Dickens discovers that his mysterious father lives in Montana, so this summer Billy will fly across the country, hike a mountain, float a river, dodge a grizzly bear, shoot down a spy drone, and save his own father.

Once upon a time there was a dear little girl called Peony. That’s P.E.O.N.Y. And it’s me. I live in a Castle with my Dragon whose name is Totts. That’s T.O.T.T.S And that makes me a Princess if you really want to know. Princess Peony is not really a princess, but she does have a pet dragon, which means she’s kind of like a princess. In her first adventure, she must keep an evil troll (her brother) from trying to steal her dragon (dog)–and avoid being eaten by a bear, which is really hard work.