Disclaimer: This Kids’ Blog post is aimed mainly at the parents of young children. Kids read on at your peril!

Kia ora! Those of you who read this blog regularly may be familiar with a number of the regular events and programmes we run for children and families in our libraries across the city. One of our most perennially popular programmes is Baby Rock and Rhyme. This super fun programme runs at eight of our libraries weekly, and is designed to help you as a parent foster your baby’s literacy journey while building a stronger bond with them through reading, singing, movement and play. It’s also an awesome way to meet other new parents and make new friends who are also on the at times rocky road of the journey of parenthood. Read on to find out some of the ways you can make the most out of Baby Rock and Rhyme with your little one. 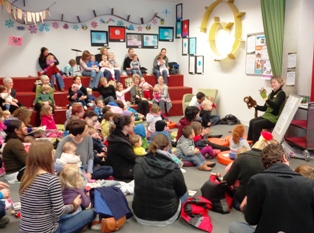 The day has finally come! Five of our libraries (Johnsonville, Cummings Park (Ngaio), Karori, Newtown, and Ruth Gotlieb (Kilbirnie)) are back open to the public, with two more (Arapaki Manners and Wadestown) opening on Monday. Check here for all the details! Although we’re back, things might look a little bit different. Here’s what you can expect to see when you visit one of our libraries during Level 2:

Our librarians are very excited to see you back again — here’s a photo of the staff at Johnsonville Library at Waitohi giving you a wave and a smile! Make sure to give the librarians a big smile and wave back when you see them as well — it will make them very happy! 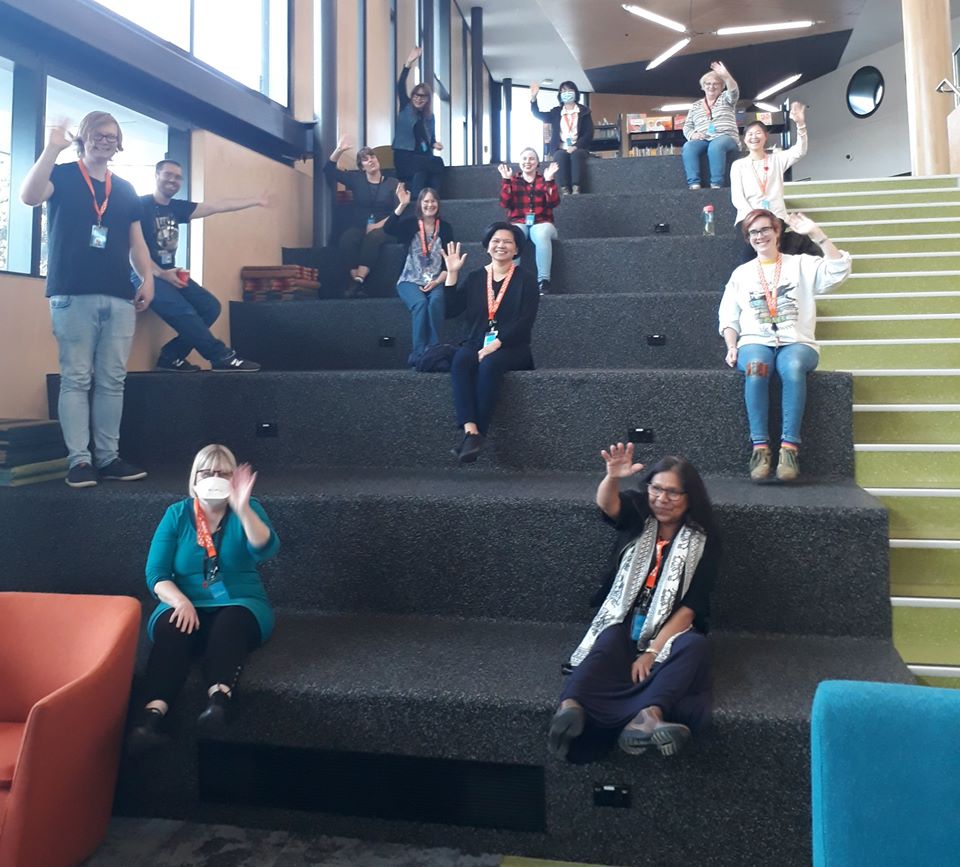 Come and visit us! We’re happy to be back online.

Did you know that you can download audio books and e books on the library website? You just need an internet connected computer or Ipod or MP3 plus your library card and you can download away! You can access it anytime of the day and its FREE! Best of all its just a few easy clicks away.

Its as easy as that! Come on give it a try. Have fun and happy downloading!

Here are some cool books you can download to get you started:

Harry Potter and the Philosopher’s Stone

The Lion, the Witch and the Wardrobe

The Medusa Plot (The 39 Clues: Cahills vs Vespers Series Bk 1)

The Lightning Thief (Percy Jackson and the Olympians Series Bk 1)

Grab your Wellington City Libraries card and head on over to our eLibrary to download free audiobooks for the holidays. If it’s your first time you will have to download some software, then you can dive into our children’s collection.

You can now download ebooks for free with your library card too!

You can use your Wellington City Library card to download audiobooks for free. You can play them on your MP3 player or iPod®, some you can even burn to CD to listen to later.

All you have to do is go to our digital audiobooks page , download the Overdrive software, and that’s it. You can start searching the children’s fiction collection for the books you want to listen to these school holidays.

How cool is that!

On Thursday 15th June, around 40 children came to Tawa to hear stories read by a Witch Fairy and by Little Red Riding Hood. Everyone had lots of fun playing games related to fairytales.

Johnsonville Library was full of magic on Wednesday as wizards, fairies, knights and some animals filled the library and our enchanted castle. We enjoyed fantastic holiday activities, with stories, puzzles, pin the glasses on Harry Potter and even a giant board game. We hope you enjoy looking at the photos. 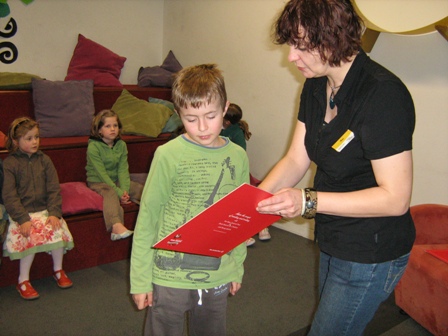 We had some creative holiday activities with a fun Storython. Children spun a special story wheel and wrote and illustrated their own fantastic short stories. Everyone did a great job and had a lovely time. 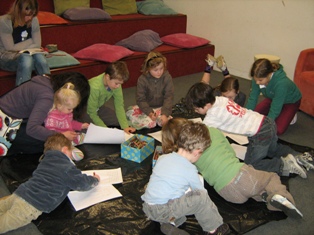 Here are two of the stories written:

If this was just an ordinary old lady – why did she have a broomstick – she had a broomstick because she was a witch who flew around everywhere – casting her spells, her very bad spells which turned children into toads when they were sleeping. She turned the adults into sausages and the toads began to eat the sausages. A hunter came from the bear’s house to kill the witch. Then everyone turned back to normal adults and children. 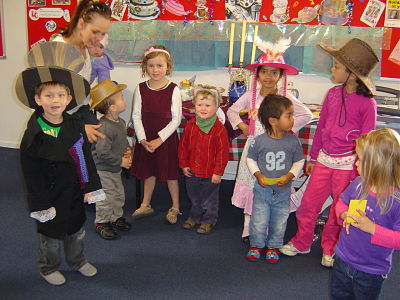 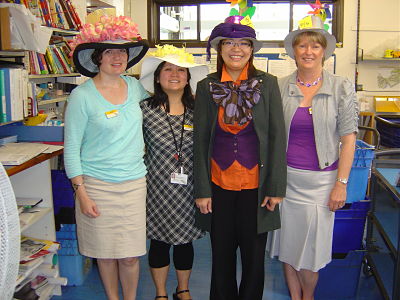 Johnsonville Library had its Mad Hatter Holiday Programme on April 15. It was a madcapped, fun filled hour with stories, searching for the puzzle pieces and finally an exciting treasure hunt in the library. We had lots of fun with our crazy hats and activities! 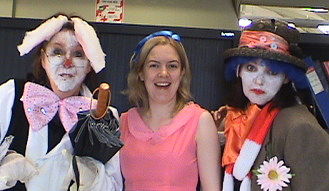 The White Rabbit, Alice and The Mad Hatter

Many children gathered for Tawa’s Mad Hatter Tea Party holiday programme. They had great fun watching Alice have tea with The Mad Hatter and The White Rabbit, before they went on a treasure hunt for objects from Alice in Wonderland that were hidden around Tawa Library. 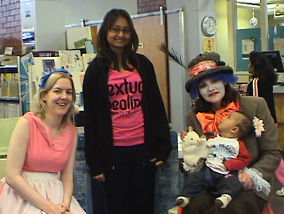 Alice and The Mad Hatter pose for photos after the tea party.