It is a good book and it is super funny it can make even the most serious people laugh.I recommend this book.The only downside is that quick readers in about 20-30 minutes.

Reviewed by Ryan from Karori and , 8 years old

I thought that it was COMPLETELY AWESOME! it had lots of adventure and dragons, and these dragons had 4 wings!

Reviewed by maria from Wadestown and , 7 years old

This is awesome and here is my review

The Mystery in Paris

I read the book, “The mystery in Paris”, and lots of other Thea Stilton Books during the year, 2020.
My emotions and thoughts for this exiting book was, fascinating in the first couple of chapters, and the big finale was very suspenseful.
The story ended calmly and peacefully, with no troubles.

Reviewed by Bhavishya from Newtown and , 10 years old

Even though this book is fiction, it still had events that can happen in real life. probably my most favorite story in the book is boarding school. Boarding school is about a kid named George who was on a plane in the mountains with a Finnish man who was pale as a vampire. soon or later, something hit the engine and the Finnish pilot thought it was a bird or something else. Oxygen masks fell down but Georges seat there was none. the pilot tried to steer the plane to the nearest landing strip but the rudder had broke so if they tried to steer again, they would crash into the mountains. the pilot was figuring out what to do but then he said we have to evacuate which meant we had to jump of from the plane so he got the parachutes ready. George felt really dizzy. the pilot pushed the door and it fell out really fast. Georges ears were popping. He said I don’t know how to use a parachute. The pilot said easy just pull the ripcord after ten seconds. George hesitated maybe there’s another way but there wasn’t. George hurled himself and jumped trying to keep his balance fighting the air. George slammed into the snow woohoo! He shouted. This book was nice recommended for 7+

Reviewed by Julius from Tawa and , 11 years old

Pokemon fans rejoice. This book has game reviews,character profiles and even a full pokedex! 5+

Reviewed by Kenta from Tawa and , 10 years old 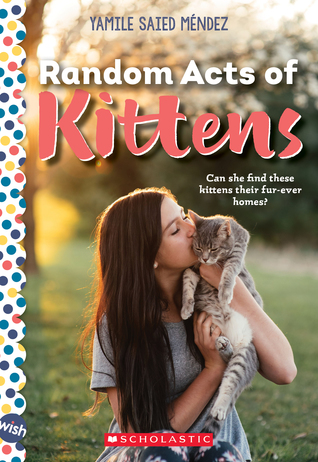 I thought this book was quite an interesting and heart-warming. There were some sad parts like when Natalie (the main charter in the story) says that her Mum liked Julieta (Natalie sister) better than her (The Favourite Child). There were also some quite happy parts like when Natalies Mum lets her keep Sweetie (The cat) and I could tell they would be happy for ever. When Natalie finds out that Sweetie has Kittens she makes a website to see if people want Sweeties Kittens, lots of people would like one but she only has six (including Sweetie).
Over all I think that this is a great book and you should read it if you like books about animal love!

Reviewed by Emma from Johnsonville and , 10 years old

This book was actually not bad for four stars. This book was about as some of you may know Greg Heffley who’s great aunt died which made mum so serious about going to the funeral. They didn’t realize that they went to the wrong funeral until the end and great aunts funeral had already been finished. Greg’s family had received the money from great aunt and where thinking of moving. it turns out everything goes wrong. I liked this book its fine for 6+ I recommend you get this book when it’s available.

Reviewed by julius from Tawa and , 11 years old

I like this book because it shows Raina’s life as a kid and you can see all that see has been through. This is an awesome graphic novel with amazing illustrations, if you’re about to get braces and don’t no what it will be like, read this book. I recommend this book to 8+. Raina Telgemeier is a no 1 bestselling author in New York. Personally I think this is an amazing book by an amazing author so if you like stories about adventure and friends then this is the book for you!

Reviewed by Emma from Johnsonville and , 10 years old