There are some great sequels and spin-offs in the library film collection at the moment!  Cars and Despicable me are both in their third incarnation.  With more problems and robberies involving bubblegum these movies are entertaining, fun and who wouldn’t want to see more minions?!

Looking for some DVDs to watch in the school holidays? There were the most popular ones borrowed from the library over the summer months – give them a whirl:

eAudiobooks and eBooks are a great way to read what you want when you can’t get into the library.  Harry Potter is dominating the online borrowing at the moment.  A significant addition to the Top 10 is Wonder.  The book about dealing with difference at school has proved really popular in print, online and in movie theatres. The author uses four points of view to tell the story giving the reader an understanding how people are affected by August Pullman’s differences.

Great children’s series with new additions! Author Rachel Renee Russell wrote her first book when she was still at school, she was around 10 years old! It was a birthday gift for her brothers.  The Dork Diaries books are inspired by her daughter Nikki and Erin.  Does one of those those names seem familiar?  Russell credits her daughters in authoring the books. Cool!

Have you ever written a book for anyone’s birthday?  It would be a such a great gift.  Or an terrible one if you wrote awful things. Maybe don’t write terrible things!

But definitely check out these popular authors for some great ideas:

There are some fantastic new additions to some great comic series here in the library.  It’s great to see they have been so popular with readers over summer.

Bad Guys author Aaron Blabey is heading into the movie making business! Yes his award winning talents have caught the eye of DreamWorks Animation who have brought him along for the ride as executive director.  One of my favourites of his is The Ghost of Miss Annabel Spoon.

I know it sounds serious for a funny writer and illustrator of books but it’s good!

What was your favourite comic over the Summer? Let us know in the comments. In the meantime, here are the Top 10 most popular over summer: 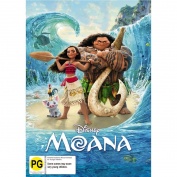 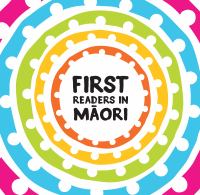