News off the hot press, kids! Wellington City Libraries has some new fiction for your reading pleasure just in time for Summer and spending longer days outdoors. Why not spring on down to your local library and borrow the following books:

The tunnel of dreams / Beckett, Bernard
“In an abandoned house at the end of their street, twin brothers Stefan and Arlo discover a young girl hiding in its dusty shadows. Alice needs their help as her twin sister is locked in a cage suspended high above a mysterious mine in a strange parallel world and she asks an impossible favour. Will they meet her on the next full moon at the entrance to a tunnel they both know doesn’t exist?” (Adapted from Catalogue)

Also available as an eBook on Overdrive and Borrowbox.

Karen’s school picture / Martin, Ann M.
“Karen has to get glasses–two pairs! One pair for reading and one for all the time. Karen does not want glasses. Her school pictures are going to be taken soon! But Karen has to…so she picks out some pretty pink and blue ones. Karen thinks she looks very grown-up. Then Yicky Ricky calls her Four-eyes. If Karen wears her glasses for the school picture, Ricky will make fun of her. But Karen is not a wimp! Glasses or no glasses–that Ricky is going to get it!” (Catalogue)

Swarm Rising / Peake, Tim
“When Danny is kidnapped by Adi – who can run through brick walls and make cars drive on water – he realises that all humans are in danger. Adi is part of a super-advanced hive mind, the Swarm, which intends to protect the Earth from the environmental catastrophe caused by the human race. […] Can Danny and his friend Jamila help Adi stop the Swarm Agents and give humanity a second chance?” (Adapted from Catalogue)

What Zola did on Sunday / Marchetta, Melina
“Zola loves living on Boomerang Street with her mum and her nonna. Every day of the week is an adventure. But Zola has a problem. No matter how much she tries, she can’t keep out of trouble! Like on Sunday, when it’s St Odo’s fete and Zola and the gang join in the fun…” (Catalogue)

The Tindims and the floating moon / Gardner, Sally
“Have you seen a Tindim? The Tindims can hardly see each other! A grumpy Gupper fog is swirling all over Rubbish Island and it won’t leave the Tindims alone. And now their world has turned upside down as Ethel & Dina thinks the moon has fallen into the sea! Scrunch me a teabag, how are they going to get out of this pickle?” (Catalogue)

The firebird song / Flores, Arnée
“Tied by destiny, Prewitt the Bargeboy and Calliope the Lost Princess set out on their twelfth birthdays, determined to end the reign of the evil Spectress and her marauders by calling the Firebird back to Lyrica.” (Catalogue)

Leopardstar’s honor / Hunter, Erin
“Leopardstar knows her destiny is to save RiverClan from destruction, so as the rise of ThunderClan deputy Tigerstar shatters peace among the clans, Leopardstar must decide what kind of leader she will be.” (Catalogue)

Also available as an eBook and eAudiobook.

Prank ninjas / Stanton, Matt
“Every kid wants to laugh, but Max is the boy who can make it happen. These school holidays have turned Redhill into chaos as Max and his friends are locked in an epic prank battle … with each other! Max is the funny kid … and his pranking powers are being put to the test! Movie-theatre ninjas, toilet turbulence, shopping-mall disasters, cling-film mazes and an unimaginable Kid-Free Zone are just some of the things in store for Max and his friends in this brand-new Funny Kid adventure.” (Catalogue)

The raven heir / Burgis, Stephanie
“Triplets. One of them is heir to the throne. But which one? Cordelia, Rosalind and Giles. They have lived in the tower all their lives, protected by their mother’s enchantments. Only Cordelia’s magic lets her steal moments of freedom – over the walls in the shape of a bird or beneath them as a scurrying mouse. The eldest of the three is heir to the Raven Throne of Corvenna – a land no one can rule for long and hope to live. Only their mother knows which is the true heir, and she will do anything to keep them hidden. But one day, thanks to Cordelia, destiny finds them…” (Catalogue)

Enola Holmes and the black barouche / Springer, Nancy
“When professional typist Letitia Glover is desperate to learn more about the fate of her twin sister Flossie, Enola enlists the help of her brother Sherlock and her friend Tewky to investigate Flossie’s husband, the sudden death of his first wife, and the mysterious appearance of a black barouche.” (Catalogue)

Did you know? The first book from the Enola Holmes series was made into a movie in 2020 on Netflix. Check out the trailer down below.

Spring is around the corner! Why not spring on down to Wellington City Libraries for some new children’s picture books to keep you amused . So what are you waiting for? Go down to your local branch and borrow the following books: 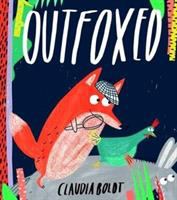 “Harold is unlike any other fox. He hates eating chicken, for one thing. He much prefers reading detective novels. When Harold’s father challenges him to catch a chicken as part of his initiation into adulthood, Harold is faced with a dilemma–should he obey his father and endanger the chicken’s life, or do what his heart tells him is right? The latest title from award-winning illustrator Claudia Boldt, Outfoxed introduces a smart, independent-minded character in Harold the fox and is sure to become a bedtime favorite.” (Catalogue). 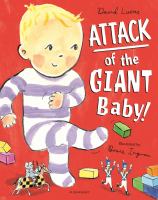 Attack of the Giant Baby.

“This is a book about a baby destroying his sister’s make-believe play from the perspective of the castle’s occupants. A Giant Baby has been spotted in the kingdom! Summon the special advisors. Send out the knights in shining armour. Let loose the monster-size bear!” (Catalogue). 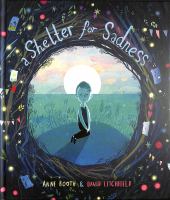 A shelter for sadness.

“A small boy creates a safe space for his sadness, a shelter where it can curl up small, or be as big as it can be, where it can be noisy or quiet, or anything in between. The boy can visit the shelter every day, sometimes every hour and he knows that one day Sadness may come out of the shelter and they will look at the beautiful world together”–Back cover. 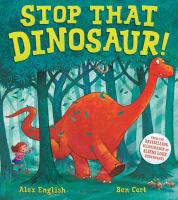 “I was in my Granny’s kitchen eating extra-special cake, when the walls began to tremble and the roof began to SHAKE. KNOCK! KNOCK! KNOCK! Ring! Ring! Ring! Oh MY – a dino’s at the door. And now it’s taken Granny … SOMEONE STOP THAT DINOSAUR! Chase down the GRAN-NAPPING brontosaurus in this rollicking, rhyming, ROAR-some romp. Can you catch the naughty dinosaur and get back to Granny’s house before Mum comes home at six o’clock?”–Provided by publisher. 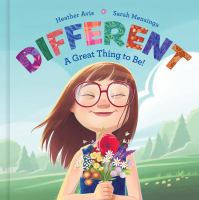 Different : a great thing to be!

“This joyful rhyming book encourages children to value the “different” in all people, leading the way to a kinder world in which the differences in all of us are celebrated and embraced. Macy is a girl who’s a lot like you and me, but she’s also quite different, which is a great thing to be. With kindness, grace, and bravery, Macy finds her place in the world, bringing beauty and laughter wherever she goes and leading others to find delight in the unique design of every person.” (Catalogue). Also available as an eBook. 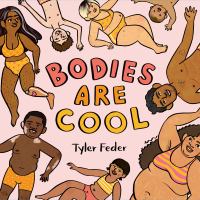 “From the acclaimed creator of Dancing at the Pity Party and Roaring Softly, this picture book is a pure celebration of all the different human bodies that exist in the world. Highlighting the various skin tones, body shapes, and hair types is just the beginning in this truly inclusive book. With its joyful illustrations and encouraging refrain, it will instill body acceptance and confidence in the youngest of readers. “My body, your body, every different kind of body! All of them are good bodies! BODIES ARE COOL!” (Catalogue). 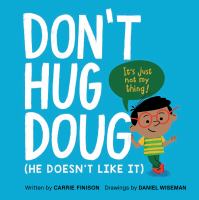 “Doug doesn’t like hugs. He thinks hugs are too squeezy, too squashy, too squooshy, too smooshy. He doesn’t like hello hugs or goodbye hugs, game-winning home run hugs or dropped ice cream cone hugs, and he definitely doesn’t like birthday hugs. He’d much rather give a high five–or a low five, a side five, a double five, or a spinny five. Yup, some people love hugs; other people don’t. So how can you tell if someone likes hugs or not? There’s only one way to find out: Ask Because everybody gets to decide for themselves whether they want a hug or not.” (Catalogue). So the Heffley family are taking over the internet! And the movie theatre! And the Library… well they can be found everywhere, you can even make your own Heffley family!

Here’s one I created earlier =)

Do you want to become the expert on Diary of a Wimpy kid?

Right here, you can find quizzes, crosswords and activities all based on Greg Heffley! (Find out the answers first and then impress your friends =) It’s not cheating – it’s research!)

So how are the other favourites looking? Fun, dramatic fantasy and clever detecting all play a part in this May list.

How do you think these measure up? Let us know in the comments =)

Roald Dahl has two entries in the Top 10 this month.  Some of you may have been inspired from the movie The BFG to check out his books.

Roald Dahl’s imagination made more words than you’ll find in the dictionary! The BFG’s grasp of English “is a bit crumply” as he himself admits. Sometimes though a made-up word is the best kind to use! The oxford dictionary team seem to think so, this year the Oxford Roald Dahl Dictionary was published to celebrate the author’s 100th birthday!

Have you guys found Dahl’s Revolting Rhymes book yet?  We think Roald Dahl is pretty cool so we made up our holiday programmes around one of his tales of the BFG. Hope we get to see you at one of them.

5. The Secret Seven, by Enid Blyton

Garfield is sooo comfortable in the middle of the the Top Ten.  Cozily squished between Pokemon and the strange world of Adventure Time.

Has your life been affected by Pokemon Go? The app that has got everyone hunting all around Wellington to add to their collection?

The library is a hotbed for Pokemon activity. The rare Meowth was found at the Central Library only a few days ago! Who have you found at a library? Let us know in the comments.

7. Asterix, by Goscinny and Udzero