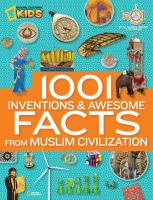 The Muslim faith is in the news a lot these days; this book will give a different perspective on what Muslims have contributed to the world civilisation  . While much of Europe was still in the Dark Ages, Muslims had started making great leaps in medicine, astronomy, cartography and the decorative arts.  For example, the first atlas was completed by Al-Idrisi in 1154. It showed most of North Africa, Asia and Europe. A 10th century Muslim surgeon, Al-Zahrawi, is considered to be “the father of modern surgery.” He completed a book called  Kitab al-Tasrif in the year 1000, which was a major influence on the development of medicine all over the world. The first example of female surgeons was found in a later Muslim book on medicine.  This is an extremely interesting book that has something to teach everyone.

What’s for lunch?How schoolchildren eat around the world 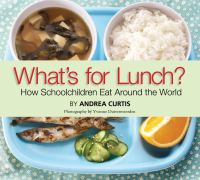 Not every kid in the world goes to school with vegemite sammies and a packet of crisps! This book not only shows what different cultures feed kids at lunch (the French meal looks particularly yummy!) but contains important information about the social context and ecological cost of what they’re eating.  It also talks about different movements in the world to make sure that everyone gets enough healthy food to eat.  It’s also a valuable eye opener for those who think that ham sandwiches are the worst thing you can get in your lunch box. 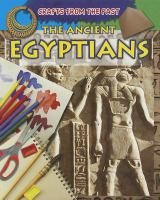 Crafts from the past

This is a great series of books that looks at the crafts of different ancient cultures. But they will also teach you how the Romans, the Greeks, the Ancient Indians, the Aztecs and the Ancient Egyptians worked, played, ate, what they believed in and how they entertained themselves.  They’re more than simple craft books (although the projects are really interesting and relatively simple to make) they are excellent resources for your history project on the ancient world. Or just to enjoy learning something new about the different cultures of the past. 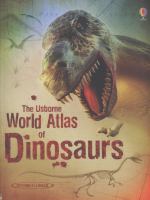 Taking step further back into the world’s history, this book will guide you through which dinosaurs lived where and in what sort of habitat. New Zealand, for example, has more marine fossils, because large parts of it were still underwater during the time of the dinosaurs.  It also discusses significant sites where many dinosaur fossils have been found. It’s not a dry or boring book; there’s lots of awesome illustrations and fascinating facts to keep you reading. 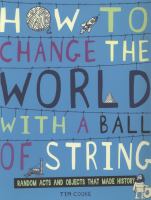 How to change the world with a ball of string

“History makes it look as though everyone knew what they were doing all along. In fact, it wasn’t like that at all. Stuff happened by accident or had the opposite result from what was intended…” This is a great book for those who like history but may not like the gore of the horrible histories books. It’s just as interesting, as it talks about all the odd connections or coincidences or actions that may seem improbable but had an enormous effect on civilisation.  For example, did you know that the Black Death made life a lot better for the surviving peasants? There were so few left that Lords had to pay them to work in the fields. Wages and the standard of living got a little better, but this event shaped the modern economic system.  Other intriguing sections include “Lose an empire…over a cup of tea,” and my personal favourite, “Base a philosophy on beans.” This is definitely worth a read if you’re interested in history.

I wonder why Columbus crossed the Ocean 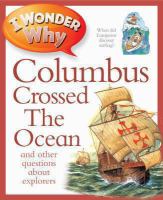 This is a great book for younger readers on the same subject: the whys and whats and hows of the history of exploration. From the earliest explorers to the space race, this book will give you a good basic understanding of how people explored the world around them.  It’s not just about Western explorers, either: people mentioned include the Arab traveller, Ibin Battuta who’s journey lasted 24 years and the amazing Chinese explorer Zheng He.