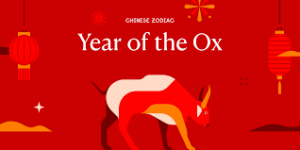 What is Chinese New Year?

When is Chinese New Year?

Chinese New Year occurs on Friday, February 12, 2021, in many of the countries that celebrate it. Wellington’s Chinese New Year celebrations will take place on the weekend of 13-14 February.

For more information on what events are on, check out the Chinese New Year website and Facebook page.

How can you celebrate?

Did you know: Chinese people love the colour red. The colour red is regarded as the symbol of energy, happiness and good luck. Sending red envelopes is a way to send good wishes and luck (as well as money).

For more more craft ideas and recipes for festive treats, click on this link.

Where can I find information about Chinese New Year? 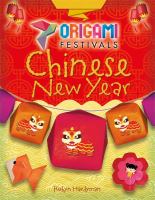 This book explores the festival of Chinese New Year and the story behind it and features eight simple origami projects for your own festive fun! The book shows how people around the world celebrate Chinese New Year and what the Chinese calendar and the animals of the zodiac are. Attractively designed, its simple text and wonderful full-colour photos make this an essential book for children celebrating or learning about the festival. 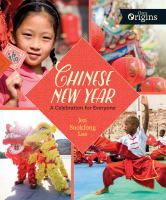 Chinese New Year : a celebration for everyone.

Part of the nonfiction Orca Origins series, Chinese New Year is illustrated with color photographs throughout. Readers will learn how a simple gathering of family and friends grew into a weeklong, worldwide festival. 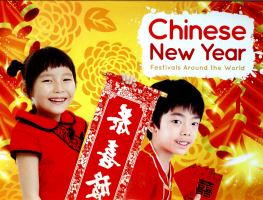 Learn about the diverse and vibrant festivals that are celebrated around the world. This series encourages children to consider religious beliefs and cultural practices via easy to read text and informative, full color images. 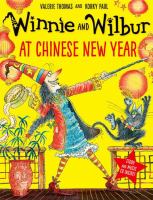 Winnie and Wilbur are having a Chinese New Year party! Winnie’s magic brings sparkle and spectacle to the occasion but when Wilbur goes missing just before it’s time for the fireworks, where can he be? Includes an audio CD with an entertaining narrated version of the story including music and sound effects. 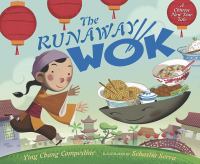 On Chinese New Year’s Eve, a poor man who works for the richest businessman in Beijing sends his son to market to trade their last few eggs for a bag of rice, but instead he brings home an empty–but magic–wok that changes their fortunes forever. Includes information about Chinese New Year and a recipe for fried rice. 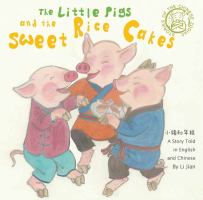 The little pigs and the sweet rice cakes : a story told in English and Chinese.

This book was amazing. Alice-Miranda is a character to be loved. It’s set in China. Alice-Miranda’s school is going on a student exchange. This book takes many twists and turns and there will be a plot-twist when you least expect it.
I recommend this book for ages 8 and up. You can also learn a little bit of Mandarin along the way! It’s a bit of a longer book but don’t worry, it’s really interesting!

Reviewed by Hannah from Cummings Park and , 9 years old

Experiencing the back to school blues? Check out the latest new non fiction at your local library to read during Term 3 where you can learn, be entertained and have fun all at once! Check out books on ancient worlds, official guides to the latest movie releases, science, innovation, creativity and much, much more! 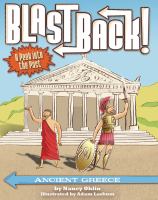 Read all about Ancient Greece in this engaging nonfiction book, complete with black and white interior illustrations, will make readers feel like they’ve traveled back in time. Covers information such as what ancient Greeks did for fun to the gods and goddesses they worshipped, and more. 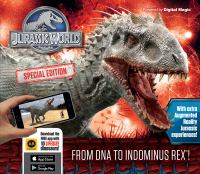 This new title features a brilliant overview of the Jurassic Park trilogy and Jurassic World, and includes genetically engineered, terror-inspiring dinosaurs from the whole series, including new profiles for Tyrannosaurus rex, Indominus rex, Velociraptor, and much more! 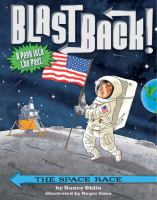 “When people think about the space race, things like astronauts and the Soviet Union may come to mind. But why was there a race, and who won anyway? Prepare to blast back and find out! Discover everything from what happened during the Cold War to the moon landing and more. And find out interesting, little-known facts such as how even animals have traveled to space and how not all space explorers are called ‘astronauts.'”– Book jacket. 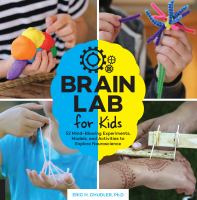 “Brain Lab for Kids is an interactive and hands-on book that takes readers on an exciting journey into the functions of the brain through enlightening experiments and creative activities.”– Provided by publisher. 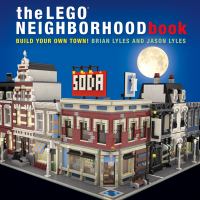 Provides complete step-by-step instructions for multistory buildings, recliners, and traffic lights constructed with LEGO pieces. A must have book for lego fans.

An Indonesian folktale about Kanchil the mouse deer and Monyet the monkey accompanied by art in the traditional Kalamkari style of Indian textile painting. 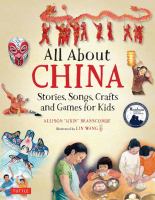 All about China : stories, songs, crafts and games for kids.

Travel from the stone age through the dynasties to the present day with songs and crafts for kids that will educate them about Chinese language and the Chinese way of life. 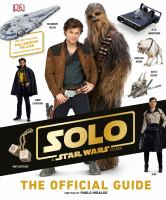 A visual guide to the movie offers a behind-the-scenes look into the lives of Han Solo, his allies and enemies, along with information on the planets, vehicles, and aliens he encounters.

Check out the Solo, a Star Wards story movie trailer down below:

School is back! so here’s 10 wonderful new kids fiction books for you to chose from, to help you get back into the swing of things! Grab them today from your local Library! 🙂

Bronze and Sunflower by Cao Wenxuan

When Sunflower, a young city girl, moves to the countryside, she grows to love the reed marsh lands – the endlessly flowing river, the friendly buffalo with their strong backs and shiny round heads, the sky that stretches on and on in its vastness. However, the days are long, and the little girl is lonely. Then she meets Bronze, who, unable to speak, is ostracised by the other village boys. Soon the pair are inseparable, and when Bronze’s family agree to take Sunflower in, it seems that fate has brought him the sister he has always longed for. But life in Damaidi is hard, and Bronze’s family can barely afford to feed themselves. Will the city girl be able to stay in this place where she has finally found happiness?

Meet Matt Millz – Britain’s Youngest (and funniest!) Comedian! Matt may be small but he is truly mighty on the comedy circuit. Well, he is in his head anyway. When the school holds a talent show, Matt has the opportunity to demonstrate that he’s got the magical chutzpah quip to take him all the way to the Apollo. With the help of his diminutive manager, Kitty Hope, and his hapless form teacher, as well as the school brute, his heartthrob and Rob his best friend, Matt learns what it takes to be really funny . . . A hilarious new book from National TreasureT and real-life (very) funny man Harry Hill.

Caldera has forever been divided into those animals who walk by night and those who walk by day. Nightwalker panthers, like young Mez and her beloved sister, have always feared daywalkers as creatures of myth and legend. Until the eclipse. Now Mez has discovered that she can cross the Veil and enter the daylight world. Her magical power has unknown depths, but she must rush to discover it after a mysterious stranger arrives at her family’s den, bearing warnings of a reawakened evil. Saving Caldera means Mez must leave her sister behind and unite an unlikely group of animal friends to unravel an ancient mystery and protect their rainforest home.

Armstrong & Charlie By Steven B. Frank

“During the pilot year of a Los Angeles school system integration program, two sixth grade boys, one black, one white, become best friends as they learn to cope with everything from first crushes and playground politics to the loss of loved ones and racial prejudice in the 1970s”– Provided by publisher

Elizabeth, eleven, spends Christmas break at Winterhouse hotel under strange circumstances, where she discovers that she has magic, and her love of puzzles helps her solve a mystery.

This Christmas, join Michael Rosen and Tony Ross with their unforgettable retelling of Charles Dickens’ beloved classic. In a school theatrical production of ‘A Christmas Carol’, the boy who plays Scrooge is extra nervous because his very busy father is in the audience. However, it’s likely his father won’t stay for the duration, due to business. As always. Will the classic story’s message of Christmas cheer and family love reach his father’s distracted heart?

A young girl helps her grandmother care for magical creatures.

The second page-turning adventure in this sharp-witted, magical mystery series. When reports come in that valuable magical objects are being stolen, Goodly and Grave are on the case, but just when they think they know whodunit their prime suspect turns up – murdered! Will Lucy be able to track the real villain without putting herself in deadly danger…? An page-turning mystery with a magical twist.

Grover McBane is a lucky dog. He has a new family, and he’s making friends at the park. But Grover’s owner, Annie, needs his help. A puppy called Peanunt has arrived at the animal shelter and is scared and confused. Thank goodness Grover and his new friends from the dog park are there to help! What will happen to Peanut? Where will he go?

There are currently nearly 90,00 Chinese born people living in New Zealand, with many more Chinese New Zealanders born here every year. New Zealand also has a strong trade relationship with China. For these reasons, we were the first western country to introduce a Chinese Language Week, which was launched in 2014. 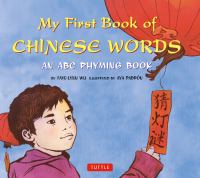 New Zealand Chinese Language Week is celebrated in the second week of September each year to match up with the Chinese Moon Festival. This year it starts on Monday 12 September and runs through to Sunday 18th. New Zealand Chinese Language Week aims to increase Kiwi’s knowledge and understanding of Chinese language, and it is also a great opportunity to learn more about Chinese culture. 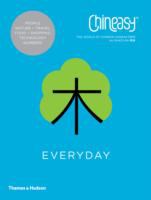 To celebrate the occasion, special events will be held around the country (click here to check out what will be happening in Wellington), and we are all encouraged to learn some new words in Mandarin, the official language of China. We have some great books on our library catalogue to help you get started with this, otherwise check out the New Zealand Chinese Language Week website to learn Mandarin online.

Pop along to one of our Mandarin Storytimes during Chinese language Week. They are free and fun and perfect for little ones aged 3-5 years old.

When a baby elephant is left orphaned on the African savannah, Bat, a young herdsboy takes her home and cares for her. But Bat’s grandmother knows that Meya cannot stay with them for ever – the call of the wild will always be sounding in her soul.

And there are rumours born on the wind; frightening stories of kidnapping and suffering and war. Bat and his closest friend, Muka, are catapulted into a new life of unimaginable terror. Now memories of their village world feel so far away. Will the bond between elephant and child remain strong enough to save them?

Thirteen year old Ming is used to a life of constant hunger and fear in Maoist China. His father, an archaeologist on the brink of losing his job and being sent to a brutal labor camp is convinced that Emperor Qin’s ancient lost tomb is located near their remote village. One day, when Ming’s father is away, local farmers discover pieces of a statue, a soldier made out of terra-cotta. Ming is astonished when its clay head begins to speak.