How exciting, kids! Here are some new kids fiction books that you can grab from your local library. Whether you like Coding, music, horses or a bit of a mystery, there’s bound to be something here that’s for you.

Jess is thrilled to discover that a film is being shot just down the road from Sandy Lane. She can’t wait to meet the lead actor, Bella Ford, who’s coming to the stables to learn to ride side-saddle for the film. But when Bella arrives and sets her sights on Jess’s pony, Skylark, suddenly Jess has to face a very difficult decision.

The girls in the coding club are preparing their voting app for the school talent show, but when they discover Erin is secretly suffering from anxiety they band together to find her help.

A lonely boy struggles to cope with school bullies and caring for his mother, until a mysterious encounter reveals life in the Foundling Hospital in the eighteenth century and unravels a touching tale about the power of music. Beautifully illustrated by Kate Greenaway Medal-winning illustrator Michael Foreman.

The Inventors at No. 8 by A.M Morgan

Twelve-year-olds George, the very unlucky third Lord of Devonshire, and his neighbor, scientist Ada Byron, join forces against a nefarious group of criminals who steal the map to a priceless family heirloom.

Mateo, Ruby, and Corey Hudson’s parents don’t have too many rules. It’s the usual stuff: Be good. Do your homework. And never ride the subway without an adult, EVER. But when the siblings wake up late for school, they have no choice but to break a rule. The Hudson siblings board the subway in Manhattan and end up on a frigate ship in Paris…in the year 1911. As time does tell, the Hudson family has a lot of secrets. The past, present, and future are intertwined—and a time-traveling ship called the Vermillion is at the center. Racing to untangle the truth, the kids find themselves in the middle of one of the greatest art heists of all time. And the adventure is just getting started.

Factual folios of fantasy worlds! April’s favourite reads are great ways to spur the imagination.  Building your own kingdom (well shelter for starters) from virtual blocks or using Lego in real life.  Have your library loans inspired you to construct any awesome creations? In Small scenes from a big galaxy, Vesa Lehtimäki brings together Lego and Star Wars with some inspired photography.  Check out his flickr account!

Lego has a great DVD presence at the library. The Lego movie was ranked 18 so didn’t make the cut to the top 10 this month, but if you need more Legends of Chima check out these bloopers reels!

7.    Cloudy with a chance of meatballs.

The holidays are about two weeks away and winter’s almost on it’s way.  Worried about what you are going to do over the holidays? Never fear, come on down to Wellington City Libraries, get stocked up on new books (and maybe some DVDs for good measure)  and let us entertain you!

Wellington City Libraries has more new non fiction in the Children’s collection for your enjoyment and pleasure. This month’s blog post pays tribute to the entertainment industry.

Here you will find a list of books that can give you ideas on how to make your own film (whether as a hobby or if you aim to be the next Sir Peter Jackson); getting schooled up on your favorite Disney, Pixar and Star Wars characters (maybe revisiting and watching your favorite Disney, Pixar and Star Wars movies), drawing SpongeBob SquarePants characters and even running away to join the circus!

There are three more books have been published from the series, Inspirational Lives that focuses on influential people and key figures in the public eye, in the case this month, a writer, a rap star and the creator of Apple! Who knows, maybe reading about their inspiring lives may inspire you to follow your creative dreams and goals. 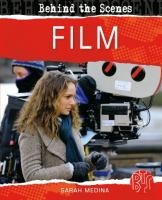 Behind the Scenes: Film.

If you’re a movie buff (like I am) and interested in what happens behind the scenes of your favorite movies, then have a read of this new revised and updated book on what goes on in the film industry. You will learn about how things work in film, inside knowledge about the jobs people do and even tips on how to get experience and your first job if you are looking to pursue a career in the film industry.

So you think you’re a Disney expert? Sure, you may know the words to every Disney Song and able to recite all the lines from your favorite Disney movie. But do you know the answers to questions like what is the dentist’s address in Finding Nemo?, what is Mulan’s family name? and why the words “Meega na la queesta!” makes an alien want to throw up? Hakuna Matata! All the answers are in this new encyclopedia from A to Z about all your favorite Disney and Pixar animated characters. If only they had published this when I was a kid.

Also check out my personal Disney favorites: Lilo and Stitch, Finding Nemo, The Lion King and The Incredibles. 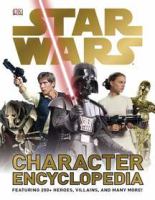 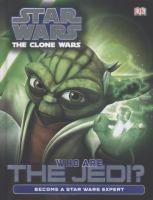 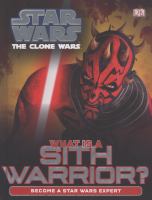 A long long time ago in a galaxy far far away… Three new books on Star Wars arrived at Wellington City Libraries!

In the mood for Star Wars non fiction? For all you Star Wars fans, you get three for the price of one. Three books that are guaranteed to make you the ultimate Star Wars expert!

Star Wars Character Encyclopedia explores over 200 heroes, villains, droids and weird aliens from the Star Wars series. It’s great for anyone who wants to gain further insight to their favorite Star Wars characters. Also find out if you have what it takes to be a Jedi… or a Sith Lord by reading Who are the Jedi and What is a Sith Warrior from the Star Wars: The Clone Wars series. In Who are the Jedi, you will read and uncover secrets of the most powerful and heroic Jedi Knights of all time, while Who Are the Sith explores the most fearsome fighters of all time and their deadly secrets.  Grab them down at your local library before someone else does. 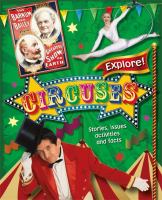 Roll up, roll up! The Circus has come to the library!… Well almost. We now have a new and exciting book about all you ever wanted to know about circuses. Read all about the history of the circus from 18th century to present day, the use of animals, famous circuses around the world and even tips of how to be a circus performer. You will learn lots of amazing facts and information like the first circus that started was in London, 1768 by Philip Astley and the Cirque du Soleil employs over 5,000 people around the world. 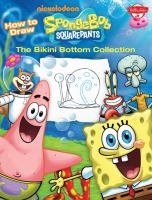 How to Draw SpongeBob SquarePants.

Ahoy  SpongeBob SquarePants fans! Now you can bring SpongeBob, Patrick, Sandy, Squidward and Mr. Krabs to life… on paper. This book will show you how to draw these characters with simple step by step instructions. There’s lots of cool drawing tips and sketching ideas, including how to make your own flip book that brings your drawing to life as if there were on film or TV. This book is bound to keep you entertained for many hours on end.

If you enjoyed the last post on Inspirational Lives, get ready for more biographies on your favorite celebrities and key figures in the public eye: 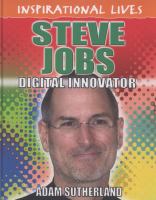 Read all about  Steve Jobs, the  American entrepreneur and best known as the co-founder, chairman, and CEO of Apple Inc, the  co-founder of Pixar Animation Studios! (Yup, the company responsible for our favourite Disney movies like Finding Nemo, The Incredibles and Toy Story 3!) and how this  man, from San Francisco revolutionized the way we think about computer, music, entertainment brought the world the  iPod, iPhone and iPad! You will learn all about this amazing genius’ inspiration life from how is interest in electronics developed, the founding of Apple, his family life and how his career came to an end due to an illness that led to his death in 2011.

Check out some of the Pixar DVDs like Brave, Up, WALL-E and Toy Story 3. 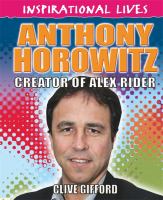 We all know him as the best selling author of children and young adult fiction, mostly popularly known as the author of the Alex Rider series, but what don’t you know? Read the latest and revised biography of Anthony Horowitz and find out everything you have ever wanted to know about him:  His childhood, his inspiration for writing and how Alex Rider came to life and things you didn’t know about him, like his mum giving him a human skull for his 13th birthday and spending his gap year in Australia working as a cowboy. You find information on tips to be a writer and a quiz that can show you if you have what it takes to be a writer.

This book is the mother of all inspirational lives! We all know Jay-Z as the multi-platinum rap icon,  shrewd businessman and husband of famous R&B singer, Beyonce, who went from being a  kid from the ghetto and a high school drop put to a man who sold 50 million albums around the world, who won 15 Grammy Awards and who even owns his own basketball team! (A life we can envy.) Now is the chance to read about the man behind the multi-million dollar brand. You will read all about his troubled childhood, brush with the law, finally hitting the big time and how his performance in Glastonbury, 2008 brought acceptance of hip hop to a traditionally rock audience