The Octonauts are a great cross-over from screen to page with their puzzle books and picture books.  Beatrix Potter’s characters also have a to offer, stretching vocabulary in her classic Children’s tales.

Do you have a favourite book to screen character?  Let us know in the comments.

Long winter evenings are a great time to catch up with the latest movies.

It’s not just the one off movies people love to borrow from the library, there are the DVD series where you can follow characters through their many adventures. Building adventures with lego is great for your imagination and construction skills.  These building blocks have inspired quite a few series – do you know them all?

There’s: Legends of Chima,  Justice League, Ninjago Masters of Spinjitsu, LEGO friends, Star Wars, Nexo Knights, Bionicle and there’s a LEGO Scooby-Doo! Try saying all that in one breath!  Have I missed any? Let us know in the comments.

The Good Dinosaur is officially a favourite for DVD for this month and it’s great to see the awesomely funny ‘Inside Out’ making the list too.

If you’re looking for some great movies to watch on these cold wintery days, than look no further than this list!

Never-never land has two film adaptations in this month’s Top 10!  Through Peter Pan and Tinker Bell, author J. M. Barrie has inspired so many authors that you can find references to them in comics, movies and other books all through the library (we even have a Russian language version!).  Even in musical scores Peter Pan magic pervades the library

1.  My little pony, friendship is magic

10. Tinker Bell and the legend of the NeverBeast

The favourites have jiggled around a bit, but when you folk like something, you really like it!

Animation features strongly in the choices for Feb’s top 10. Developing the animated characters is a totally different story when you have the author on hand.  The Dragon Riders of Berk feature incredibly different dragons, not just their abilities and personalities but also the physical mechanics of how they would fly, walk and fight.  Take a look at how the ideas develop from drawings to the finished dragon. Have you invented your own dragon?  What does it look like? eat? how does it fly and land? Let us know in the comments.

Road trips with DVDs? Turns out that it’s now a thing! There are some great DVDs in the Childrens collection to while away the easy summer hours. Our collection has classic series like Scooby-Doo and newer cartoon series following the Lego heroes of Chima, the ponies from the world of Equestria or the Strawberry shortcake gang.  Inside out from Pixar has had some great reviews, from the writer of Monsters, Inc., Wall-E and Up, Pete Docter, the little voices in Riley’s head are brought to life as she struggles with the move to a new city. The animation deserves a mention as Pixar uses a more cartoonish style this time round.  Heading to Tokyo in the next few months? you can catch the Pixar exhibition at The Museum of Contemporary Art

1.  My little pony, friendship is magic

There are some great new movies in December’s popular DVDs. Paper Planes is an Australian production that shows the joys of invention and team work (and how to make a cool paper aeroplane). Minions – the movie – shows the great and terrible journey the Minions had to follow to find their evil master mind Gru. Want to find your own Minion? Take a look at the seek and find book based on the movie 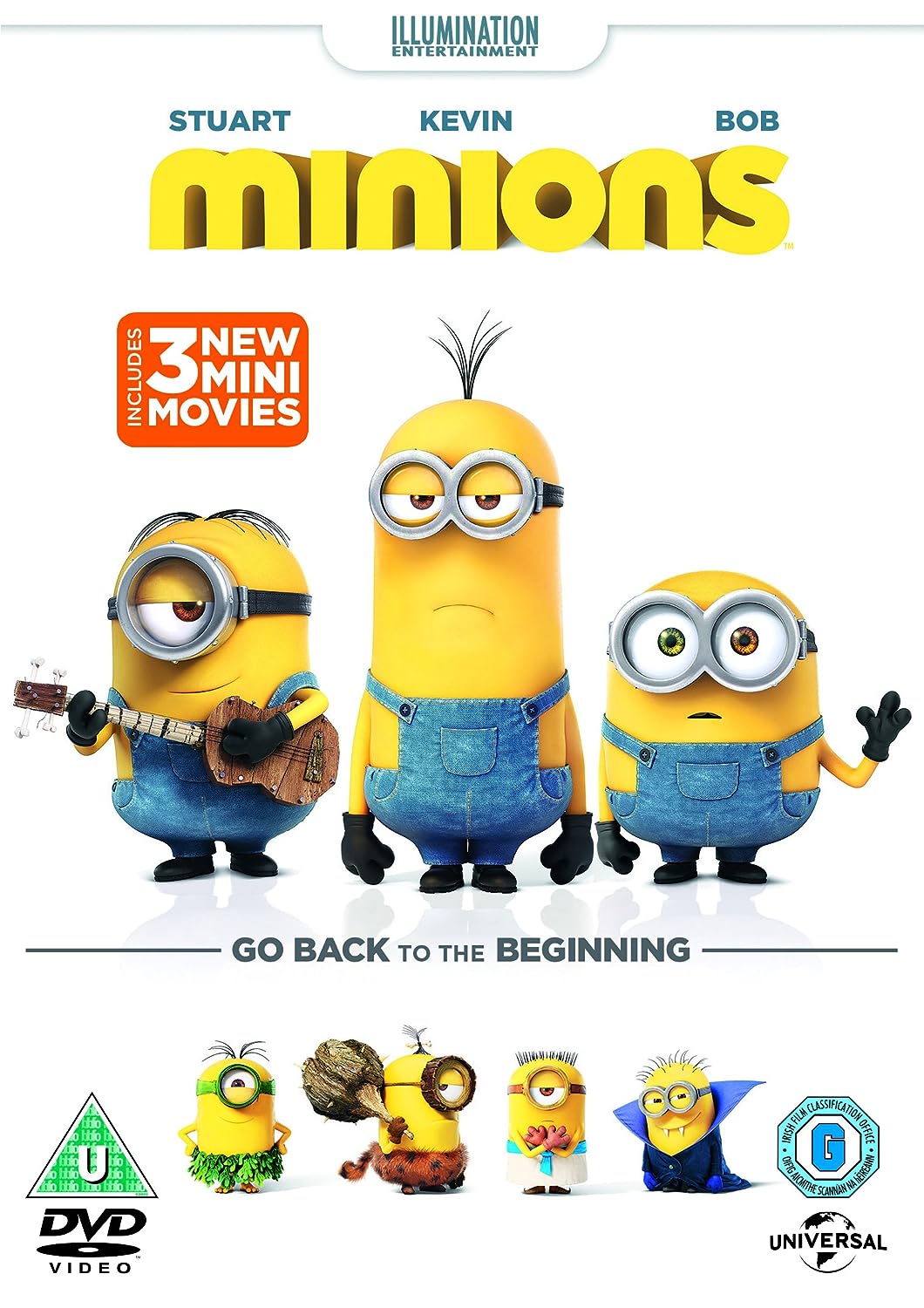 Minons, or  as I would like to call it- How the Minons met their boss, is a spin-off/prequel to the Despicable Me franchise. Minions are small, yellow creatures who have existed since the beginning of time, evolving from single-celled organisms into beings who exist only to serve history’s most villainous masters.

After serving, (and killing) a T-Rex, an Egyptian pharaoh, Dracula, and Napoleon, and then going through stages of no master depression, the Minions (Kevin, Stuart and Bob) hitchhike to Orlando to attend Villain-Con, in hopes on  becoming the henchmen for Scarlet Overkill, the world’s first female (and diva) super villain.

However is she the world’s most villainous super villain?

Watch to the film to find out. Overall a great film for kids!