I thought it was a very funny book, and original too because usually cat are NOT evil alien space warlords! It reminds me a tiny bit of Garfield because of what he is like to Odie! I have one very important warning though: DO NOT read this to your cat. We don’t want them getting the wrong idea, do we…

It is a very exciting book about an evil warlord cat which can talk.The humans think that he is an ordinary cat, but they are wrong.The only person on the world who know’s about it is raj. The only thing that i would like to change is: it says who’s prospective it was in every chapter. But you will get it.

Away in a star sled, Geronimo Stilton

The presents must be awesome!

Reviewed by Angela from Johnsonville and Amesbury School , 8 years old

My gym teacher is an alien overlord, David Solomons

I think it could of had some pictures. My favourite part of the story was when dark flutter spat dry shampoo at the alien overlord.

Reviewed by Delia from Kilbirnie and Seatoun School , 8 years old

The good guys became famouse! They traveled to the moon! They got chased by Alien monsters. Can they return to earth safely? But then they are at 65,000,000 bc! This story is exciting.

This is an awesome book to read. The story is about 4 animals that are on the moon and are trying to escape a big creature and come back to Earth. My favorite part of the book was when Shark was dressed as a lady alien. This part made me laugh. It was sad when Snake thinks he is not a hero. But, Wolf tells him that he is which is nice of him. Overall, this is a book you should read. Remember to start at episode 1 and read 2 then 3 and so on, otherwise it is hard to understand it.

Reviewed by Savain from Johnsonville and Bellevue School , 8 years old

I enjoyed this book because it is a funny book. The book is about some animals that goes to the moon and a alien thing with lot’s of but hands. the alien tries to catcher the animals and eat it but the animals are trying to escape in an escape pod to get away from the alien.

This book is about a girl called Avani who is kidnapped by Mabel the alien and saved from flower scouts, which she hates, Avani loves being a star scout as she finally fits in. But, her Dad does not know she has left Earth. I liked this book as it was a cartoon and was about space. It was a good story too. Children who like comic books will like this book too. 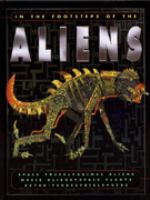 A UFO has just landed outside your bedroom window.  Out steps an Alien.  He’s green with a bright red ball glowing on the top of his cone shaped head.

He walks towards your window.!

What does he want?

He speaks and blue bubbles come out of his mouth – but you can hear his question inside your head.

“Tell me about Earth?”

WOW, what are you going to do? Jump out of your bedroom window and talk to it or turn tail and run away as fast as you can.

What do you think about Aliens. Do you think there are other beings living out in space? It’s a really interesting question and lots of people have different thoughts about it.

Or maybe you like reading fiction stories about Aliens so why not take a look at these really spacey reads. 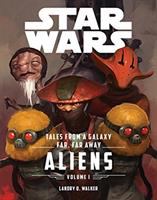