The worst book ever, Elise Gravel

Klawde was very funny and curious about Earth. I really liked his character and it was funny reading what he thought about the things here.

Reviewed by Merekara from Newtown and Ridgway School , 8 years old

The Magic School Bus and the climate challenge, by Joanna Cole ; illustrated by Bruce Degen

There are ten rules for a birthday wish. I like the story and the pictures. The book made me laugh. 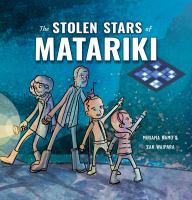 Once upon a time lived two children named Sam and Te Rerehua. One day fairies tried to steal the stars of Matariki. The children got the stars back. I like the story.

I think the book “The Tea Dragon Society”is one of my favorite books because I love the works of Katie O’ Neil. I gave this book 5 stars because I think this book is a great resemblance of fantasy and friendship working together, but its hard to notice that there is fantasy because you would be focusing on the actual story but you still know that there is fantasy in the book.

Reviewed by Irene from Newtown and Newtown School , 10 years old

Reviewed by Bhavishya from Newtown and Newtown School , 10 years old

The book is interesting and he thinks he is a bomb and he even wrote a song see my lines, check my movies, they’re so fine.
See me roar, see me fly,
see me swooping through the sky.
But
WATCH
OUT
FOR
MY
“BOMB”