Spring is around the corner! Unfortunately not much is happening in terms or events and celebrations under Level 2. Not to worry, why not spring on down to Wellington City Libraries for some new children’s DVDs to keep you entertained, amused and give you a few laughs. So what are you waiting for? Go down to your local branch and borrow the following DVDs: 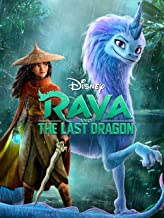 Raya and the last dragon.

“Long ago, in the fantasy world of Kumandra, humans and dragons lived together in harmony. But when sinister monsters known as the Druun threatened the land, the dragons sacrificed themselves to save humanity. Now, 500 years later, those same monsters have returned and it’s up to a lone warrior, Raya, to track down the last dragon in order to finally stop the Druun for good. However, along her journey, she’ll learn that it’ll take more than dragon magic to save the world; it’s going to take trust as well.” (Catalogue). 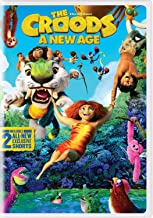 The Croods. A new age.

“The Croods need a new place to live. So, the first prehistoric family sets off into the world in search of a safer place to call home. When they discover an idyllic walled-in paradise that meets all their needs, they think their problems are solved, except for one thing. Another family already lives there: the Bettermans.” (Catalogue). 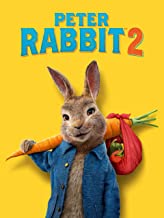 “The lovable rogue is back. Bea, Thomas, and the rabbits have created a makeshift family, but despite his best efforts, Peter can’t seem to shake his mischievous reputation. Adventuring out of the garden, Peter finds himself in a world where his mischief is appreciated, but when his family risks everything to come looking for him, Peter must figure out what kind of bunny he wants to be.” (Catalogue). 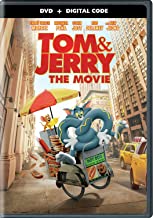 “When Jerry moves into a fine hotel on the eve of an important society wedding, the event planner hires Tom to get rid of him. Unfortunately, the battle which follows is big enough to destroy the wedding, her career, and possibly the hotel — so the sworn enemies decide to work together to save it all.” (Catalogue). 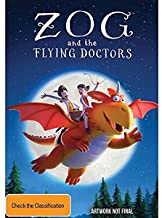 Zog and the flying doctors.

“Pearl and Gadabout are now a flying doctor trio, caring for creatures including a mermaid, a unicorn and a sneezy lion. However when bad weather forces them to land at the palace, Pearl is locked up by her uncle, the king.” (Catalogue). 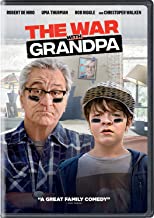 The War with Grandpa.

“Peter is thrilled that Grandpa is coming to live with his family. That is, until Grandpa moves into Peter’s room, forcing him upstairs into the creepy attic. And though he loves his grandpa he wants his room back – so he has no choice but to declare war. With the help of his friends, Peter devises outrageous plans to make Grandpa surrender the room. But Grandpa is tougher than he looks. Rather than give in, Grandpa plans to get even.” (Catalogue). 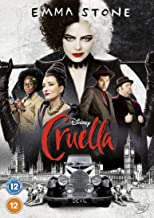 “Cruella, which is set in 1970s London amidst the punk rock revolution, follows a young grifter named Estella, a clever and creative girl determined to make a name for herself with her designs. She befriends a pair of young thieves who appreciate her appetite for mischief, and together they are able to build a life for themselves on the London streets. One day, Estella’s flair for fashion catches the eye of the Baroness von Hellman, a fashion legend who is devastatingly chic and terrifyingly haute. But their relationship sets in motion a course of events and revelations that will cause Estella to embrace her wicked side and become the raucous, fashionable and revenge-bent Cruella.” (Catalogue). 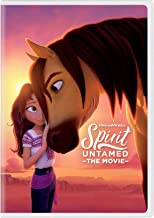 “Spirit untamed is the next chapter in the beloved franchise full of adventure, family and friendship. Free-spirited Lucky Prescott moves to Miradero to join her estranged father. She is decidedly unimpressed with the sleepy town until she discovers a unique tie to her late mother, who was a fearless horse-riding stunt performer. She quickly forms a bond with a wild mustang named Spirit and makes two new pals who love horses as much as she does. When a heartless wrangler plans to capture Spirit and his herd, Lucky and her friends set off on an epic journey to rescue the horse who has given her an unbreakable connection to her mother’s legacy.” (Catalogue). 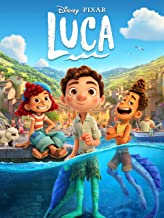 Set in a beautiful seaside town on the Italian Riviera, Disney and Pixar’s original feature film “Luca” is a coming-of-age story about one young boy experiencing an unforgettable summer filled with gelato (YUM!), pasta (DOUBLE YUM!) and endless scooter rides. Luca shares these adventures with his newfound best friend, but all the fun is threatened by a deeply-held secret: they are sea monsters from another world just below the water’s surface.