For the first time in Aotearoa, Matariki will officially be celebrated as a rā whakatā ā-ture (public holiday) on Friday 24 June 2022.

It is an opportunity for all people of Aotearoa to come together and reflect on the year that has passed, celebrate the present, and plan for the future.”(Mānawatia a Matariki)

In Aotearoa, the Matariki star cluster can be seen for most of the year, but in May the stars set below the horizon and during June or July each year, they rise again. The rising of Matariki marks the start of the Māori new year and is a time of remembrance, peace, and celebration. Traditionally nine stars were visible. These are named individually with each star signifying an important aspect of Te Ao Māori. Tohunga (skilled experts) would observe how the stars looked in the sky and make predictions on the coming year according to their appearance.

Many Māori in the west of New Zealand observe the rise of Puanga about two weeks earlier than Matariki. Puanga can be seen in the eastern sky and it signals the approach of dawn as if “the sun itself is pushing it from behind”. Puanga is celebrated by our Wellington mana whenua, Te Āti Awa as well as other Taranaki Iwi, Whanganui Iwi, Ngāpuhi, Rēkohu/Wharekauri and Moriori from the Chatham Islands. “Puanga kai rau” means Puanga of abundant food and gives credit to the fruits which Puanga brings.

The Matariki cluster is known throughout the world by many names including the Pleiades star cluster. In Greek ancient mythology, the Pleiades were seven sisters. The sisters’ names were Alcyone, Celaeno, Electra, Maia, Merope, Sterope (or Asterope), and Taygete. Puanga is known by some other cultures as Rigel.

Matariki – signifies reflection, hope and our connection to the environment

Pōhutukawa – connects with those who have passed on

Waitā – ties to the ocean and the food within it

Waipuna-ā-rangi – associated with the rain

Tupuānuku – is for food that grows within the soil

Tupuārangi – is for food that grows up in the trees

Ururangi – is the star associated with the winds

Hiwa-i-te-rangi – the youngest, is the wishing star that also ties into our aspirations for the coming year Matariki is a good time to reflect on our lives and the world around us, celebrate the present, and think about the future.

In this competition, discover and draw what one star connection means to you! Use the above descriptions to choose an aspect of life associated with a star, and then illsutrate what it means to you!

The competition runs from 21–30 June.

Find out about the star connections here, or on the entry form at libraries and community centres. You can enter online at wcl.govt.nz/matarikiconnections

Hot off the press! 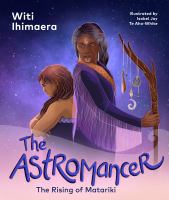 The Astromancer: The Rising of Matariki. / Ihimaera, Witi
“The Astromancer is looking for four new apprentices to learn about Matariki and the Maramataka calendar. She chooses three boys and an orphan girl, Aria, who will come only if she can bring her smelly dog. Aria, though, is bored by the lessons, and she doesn’t want to be told what to do. But these are dangerous times, and Ruatapu the Ravenous is about to threaten the safety of the whole tribe. Will Aria step up to save them? Also available in te reo Maori as Te Kokorangi.” (Catalogue) 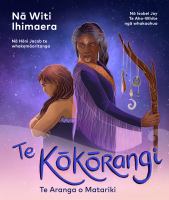 Want to find out more to help you celebrate Matariki?