Hey kids! The next lot of school holidays are around the corner and  Wellington City Libraries has some new DVDs to keep you amused during  the wintery-est of days. So what are you waiting for? Go down to your local branch and borrow the following DVDs:

A female dog travels four hundred miles in search of her owner throughout a Colorado wilderness. It chronicles the heart-warming adventure of Bella, a dog who embarks on an epic 400-mile journey home after she is separated from her beloved human.

An action-packed family adventure that combines the realism of Walking With Dinosaurs with the heart of Finding Nemo. Speckles, a ferocious tarbosaurus and his young son junior, mourning the loss of their family in an epic battle, roam the lands in search of food, adventure and peace.

One day Logger Vick receives a mysterious machine from an old friend. A shrink ray! While Vick is tussling with his old pals, The Boonie Bears Briar and Bramble, they are shrunk when the device malfunctions! The three now go on a wild chase through a magnificent world just underneath our feet to not only restore their size, but to restore family.

Chelsea and big sister Barbie travel through the whimsical world of Chelsea’s vivid imagination. Whether they are repairing a supersonic sparkling lemonator or flying kites, Barbie and Chelsea’s journey in the Sparkle Princess is sure to captivate and engage!

Barbie: Welcome To The Dreamhouse!, Vol 2.

Barbie along with her friends and family embark on thrilling escapades including puppy fun, beach adventures and journeys of self discover. Join Barbie with Ken, Skipper and all of Barbies best friends for fun, laughter and friendship.

Get ready for an Ultimate Ruff-Ruff Rescue! Gear up with Marshall and his team as they roll out in the Ultimate Fire Truck to cool off a fire-breathing robot. Then, join Skye, Chase, Rocky, and Zuma for more Ultimate Rescue missions.

Blaze, AJ and their monster truck friends Zeg, Starla, Darington and stripes go on adventures and solve everyday problems while using math, science and physics. Crusher most of the time makes bad choices and is followed by his friend pickle.Manou The Swift.

The little swift Manou grows up believing he’s a seagull. Learning to fly he finds out he never will be. Shocked, he runs away from home. He meets birds of his own species and finds out who he really is. When both seagulls and swifts face a dangerous threat, Manou becomes the hero of the day.

A group of tea pets-cute clay figurines that are good-luck charms for tea drinkers-embark on a magical animated adventure to find a fabled mystic.

The end is finally upon us. Can Finn protect the banana guard? Can The Ice King cut it in the harsh world of door-to-door sales? Can Flame Princess defeat Son Of Rap bear? Will the Candy Kingdom descend into full scale war?? Find out in the epic tenth and final season of Adventure Time! 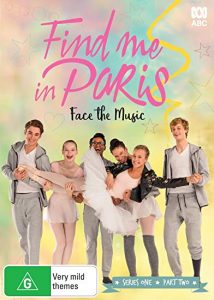 Find me in Paris. Face the music.

The story of Russian Princess and Ballerina Lena Gretsky, who suddenly finds herself transported to modern day from 1905. Having missed joining Henri, a time traveller from 1905 and Lena’s boyfriend, Lena has to come back to the school and face the music after embarrassing herself in the mid-year performance. Whilst Henri fights to burst the time bubble, the Bloc crew have problems of their own. Overcoming injuries, heart breaks, the Time Chasers all whilst learning new choreography won’t come easy.

Another school term is about to start. Why not come down to the library and get some reading out of the way before all the homework piles up. Check out the latest new non fiction at Wellington City Libraries where you will learn all about cooking, animals, cat care and an inspirational woman that defied all the odds and became one of the most influential women in the law profession. 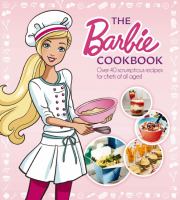 Join Barbie in the kitchen and whip up delicious meals for you and your friends! In this book, Barbie teaches you to cook over 40 mouth-watering recipes. Each recipe is easy to make and is shown in beautiful color photographs. You’ll find recipes for scrumptious snacks, marvelous main courses and delicious desserts. 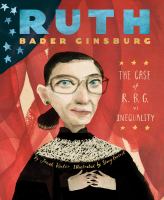 Ruth Bader Ginsburg : the case of R.B.G. vs. inequality.

An inspiring true story about a courageous Jewish woman dubbed the unsinkable Ruth Bader Ginsburg, who despite countless injustices and discrimination against Jews, females, and working mothers, went on to become Columbia Law School’s first tenured female professor, a judge for the US Court of Appeals, and finally, a Supreme Court Justice. A librarian’s choice all the way! 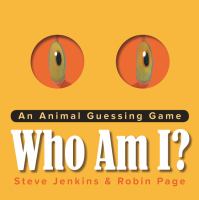 Who am I? : an animal guessing game.

Check out this book which gives readers clues so they can guess which animal will be revealed in a beautiful, full-spread illustration when they turn the page. Playful nouns, adjectives, and verbs describe the characteristics and movements of each animal. Fun and learning in rolled into one! 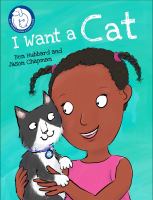 A unique combination of an engaging story and information about how to choose, prepare and care for a kitten or cat.

How to play Guitar in 10 easy seconds.

Learn how to play the guitar in 10 easy lessons. This guide covers information such as how to hold a pick, find each chord, and improvise. Also includes exclusive internet backing tracks. 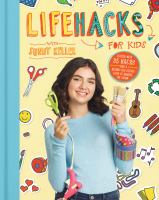 Life hacks for kids comes in the form of this fantastic book based on the Life hacks for kids YouTube show. This book is jam packed full of unique craft projects that have been seen, including feather earrings, melted crayon art, a headband holder, and indoor s’mores, and includes questions answered by Sunny. Ideal for children’s parties and sleepovers. Love the ideas for pet treats and the cool colorful cotton swab bouquet. 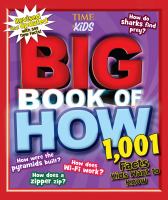 Big Book of How.

The Big Book of How provides answers to a diverse collection of over one thousand commonly asked questions, covering such areas as animals, buildings, transportation, food, the human body, and going green.

Planning on an overseas trip in the new year? Check out the latest editions from Lonely Planet Kids series that can assist you with your travel plans. 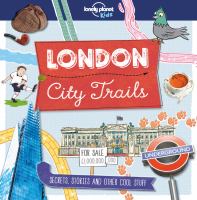 “Here’s a book about London that’s seriously streetwise! Let Marco and Amelia, our Lonely Planet explorers, take you off the tourist trail and guide you on a journey through London that you’ll never forget. This book is perfect for anyone who has been to London, plans to go there or is just interested in finding out more about this amazing city! Discover London’s best-kept secrets, amazing stories and loads of other cool stuff from the comfort of your own home or while visiting the city! But, you don’t have to be a visitor or armchair traveller to enjoy this– Londoners are sure to learn new things about their very own city too! Find out how an old parrot hit the headlines, where you can purchase a tin of panic or some tasty brain jam, what the weirdest item ever left on a bus was and lots more! For readers ages 8 and up.”– Amazon.com. 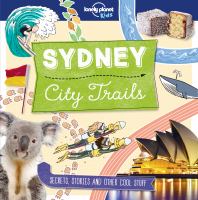 Features colourful themed trails, from history and culture to food and nature, that reveal amazing facts and intriguing tales that kids won’t find on the tourist routes or inside the average guidebook. We’ll show them where to find haunted pubs, ancient Aboriginal art, the best surfing beaches, and lots more! Join Lonely Planet explorers Marco and Amelia as they hunt for more secrets, stories and surprises in another of the world’s great cities. 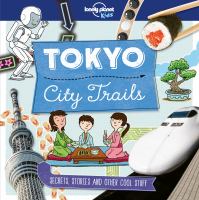 It’s Tokyo like you’re never seen before! Check out all of Tokyo’s best kept secrets including where you can bathe in chocolate, climb Japan’s tallest tower and see human-looking robots and lots more! 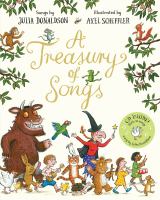 A treasury of songs.

My first cookie & cake decorating book : 35 techniques and recipes for children aged 7-plus.

35 step-by-step cookie and cake decorating projects for children aged 7-plus.