ANZAC Day is a special day for us to remember and say thank you to many New Zealand soldiers, sailors and airmen and women who have served New Zealand so that we can be a safe country. Many of these people died while fighting, not only to keep New Zealand safe, but to keep other countries safe too.

You may wish to go to an ANZAC day service. These will be happening across Wellington city from dawn into the afternoon. Go to the Returned and Services Association website (RSA) to find a service near you.

You won’t be able to visit the libraries to hang out or borrow books, because we will be closed on ANZAC day. But don’t panic! We have books on out website that you can download for free. You can borrow an e-book or an audio book and download them straight onto your computer, laptop, MP3 player, e-reader and more. Go to our Downloads page to find out more. 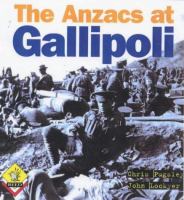 ANZAC Day is a very special day where New Zealanders and Australians remember the men and women that served and lost their lives in war.

The original ANZAC Day observances were mostly for serviceman and their families. It was started as a result of the terrible loss of life suffered at Gallipoli during World War 1. Today ANZAC Day has grown into a day were we honour all servicemen and women who fight in war all around the world.

A lot of people think the date of April 25th was chosen because it was the day that the ANZACS suffered the greatest loss of life at Gallipoli but it is actually the day when the New Zealand and Australian soldiers first landed at Gallipoli in 1915. 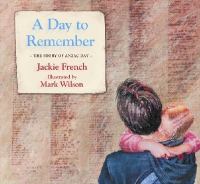 There are many things we do to commemorate this special day.

There is the Dawn Parade which is one of our most popular traditions. It begins with a parade of returned servicemen and women who march to their local war memorial where they are met by family and the community.

There is an ANZAC Day Service were the community come to lay wreaths in remembrance of the fallen soldiers.

And don’t forget to have your Anzac biscuit. Did you know that Anzac biscuits don’t have eggs? This is because eggs were in short supply during war times.

We always wear a Poppy on ANZAC Day. The red poppy goes way back in history – as far as the

Napoleonic Wars of the 19th Century. This is because these flowers were the first to bloom over the graves of soldiers in France and Belgium and have become a symbol of remembrance.

There are some great websites you can visit to find out more about ANZAC Day and you might like to check out all the books we have in the library. As well as the factual books you will also find great fiction books like ‘Lest we forget‘ and ‘Anzac Day Parade’. You will even find books on animals that served during war time.

They shall not grow old, as we that are left to grow old; Age shall not weary them nor the years condemn. At the going down of the sun and in the morning. We will remember them. The New Zealand Government has launched a website to commemorate this anniversary and to provide information on the activities around this time.

There is also a great section on the website that contains a timeline of New Zealand’s involvement in World War 1, with links to other websites like NZHistory that has loads of info. I’m sure this website will develop more over time as it gets more news and info added. So keep checking back for updates.

Here are some other great sites for World War 1 history:

As Anzac Day is coming up, you may like to take a look at some of the amazing true stories that came from World War 1. Caesar the Anzac Dog is one of those stories.  Caesar was a bulldog who was trained by the Red Cross to rescue wounded soldiers. He would be sent out onto the battle field to look for wounded men. When he found a solider he would look around for something to identify him such as his rifle, coat, hat or helmet. Caesar would then carry this back to his handler and he would then lead his handler and the stretcher men back out to where the wounded man lay so they could carry him back to safety. Caesar would do this again and again and he is responsible for saving many lives. Unfortunately Caesar died in action but it is a wonderful story of a unsung Kiwi hero and a little known aspect of the First World War.