April is the month for celebrating Easter, ANZAC Day and the birth… and death of famous English playwright and poet, William Shakespeare.

This year marks Shakespeare’s, or the Bard of Avon, (assumed) 455th birthday on the 26th of April and 403rd death anniversary on the 23rd April.

In addition to the traditional birthday party, cake and presents, why not read all about his life, from his early and humble beginnings in Stratford upon Avon, England to conquering the stage in Queen Elizabeth’s court and the Globe Theatre. 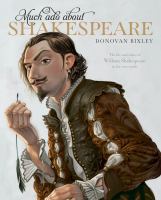 Take a peek behind the curtain to discover the boy, the youth, the man behind some of the greatest works of literature. The life and times of William Shakespeare are richly imagined in this unique biography told using quotes from the Bard himself. 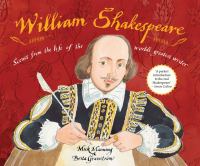 William Shakespeare : scenes from the life of the world’s greatest writer.

Follow the amazing life of William Shakespeare, vividly described in words and pictures, with graphic dramatisations of Shakespeare’s most famous plays. 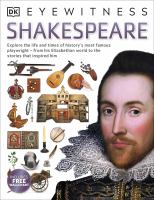 Find out how in Eyewitness Shakespeare and discover the fascinating life and times of one of the world’s greatest playwrights. Travel back in time and follow Shakespeare from his birth in the small town of Stratford-upon-Avon to theatre life in 16th century London. Eyewitness reference books are now more interactive and colourful, with new infographics, statistics, facts and timelines, plus a giant pull-out wall chart, you’ll be an expert on Shakespeare in no time. Great for projects or just for fun, learn everything you need to know about Shakespeare.

Read and relive your favourite Shakespeare plays. Wellington City Libraries holds a huge array of plays, including The Taming of the Shrew, Romeo and Juliet, Twelfth Night, As You Like It and King Lear. 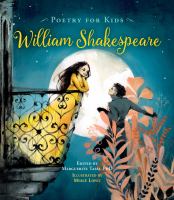 A collection of thirty-one of playwright and poet William Shakespeare’s most famous verses, sonnets and speeches.

He was the world’s greatest playwright, and the English language’s finest writer, Shakespeare is the man the Oxford English dictionary credits as having invented over 1700 common words, and to whom we owe expressions such as ‘fair play’, ‘break the ice’, and ‘laughing stock’. The continued timelessness and genius of his work will be celebrated the world over on his special day. 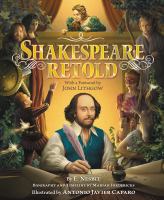 This illustrated volume features seven classic plays by William Shakespeare, retold by E. Nesbit. Shakespeare Retold contains a selection of Shakespeare’s tragedies and comedies, including Twelfth Night, Romeo and Juliet, and A Midsummer Night’s Dream, as well as a historical timeline, a list of suggested reading materials, and a short biography of the bard himself.

Have some fun with William Shakespeare! 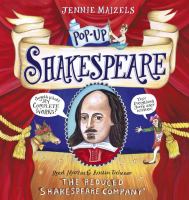 “Discover beloved playwright William Shakespeare’s plays and poetry in this spectacular novelty book from the Reduced Shakespeare Company comedy troupe. Featuring dramatic pop-ups and foldouts and loaded with jokes and fascinating facts, this hilariously informative and fully immersive look into the Bard’s world invites you to experience Shakespeare’s works as you’ve never seen them before!” — Back cover. 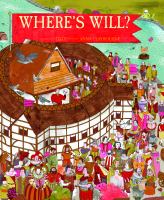 Where’s Will? : find Shakespeare hidden in his plays.

Each play in this book begins with a summary of the plot and descriptions of the characters. On the following page is a detailed picture showing the setting of the play and within it you can find the characters, William Shakespeare , and a spotted pig.

The Lion King… inspired by Hamlet.

You can never go wrong with an oldie but a goodie.

Tricked into thinking he caused his father’s death, Simba, a guilt ridden lion cub flees into exile and abandons his identity as the future King. However when the fate of his kingdom is threatened, he is forced to return and take his place as King.

Caught up in a feud between neighbors, Gnomeo and Juliet must overcome as many obstacles as their namesakes. But with flamboyant pink flamingoes and epic lawnmower races, can this young couple find lasting happiness?