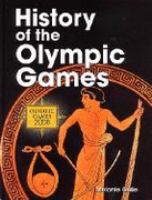 Did you know the Olympic Games began in ancient Greece and the first games recorded were in the year 776 BC? In that time the land of Greece was made up of many small kingdoms, which constantly fought among themselves. But every four years they agreed to put aside their differences and send their best athletes to compete with each other in games held at a place named Olympia. The four year period, became known as an Olympiad, and was used by the Greeks to date historical events.

The games at Olympia were not just a sporting event, they were also a religious festival dedicated to Zeus, the king of the Greek gods. After 293 Olympiads, Christianity became the state religion of Rome and the Emperor put a stop to the games.

A Frenchman Pierre de Coubertin (born 1863) became very concerned by the lack of physical education undertaken by the young people of France. As he grew up with a fascination for ancient Greece an idea began to form in his mind of reviving the glorious ancient Olympic contests and the first Olympic Games of the modern era were held in Athens in 1896.

The Games of  776 BC  featured a single foot race over 192 metres. As time passed, new events were added to the Games, many of which we recognise today. The ancient pentathlon featured running, jumping, wrestling and throwing the javelin and discus. Other sports included boxing, horse and chariot racing. To win at the Olympic Games ensured an athlete would be a hero for life, and would be celebrated in poetry and sculpture. Only men were permitted to compete and women were forbidden to watch and guess what – all the athletes had to compete naked!

Don’t forget to come along to our Paralympic holiday programmes during the school holidays for lots of Olypmic fun!