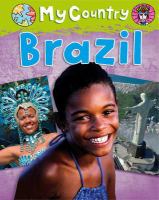 The 2016 Olympics are being hosted by a South American country called Brazil. The events will all be happening in and around one of it’s main cities – Rio de Janeiro.

Brazil is just slightly smaller than the United States of America and is the largest country in South America.

The population of Brazil is made up of AmeriIndian indigenous people, and people of Spanish and Portuguese descent.  In the year 1500 the country was colonised by Portugal and with them came the sad tradition of slavery, which impacted the lives of the indigenous population greatly. Then over the following centuries many people came from other countries arrived because they were escaping wars, looking for a warm and beautiful country and seeking adventure. 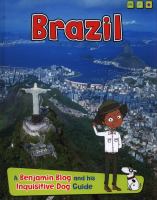 This diverse mix of different cultures has created lots of different religious, music and culinary culture that is specific to Brazil.

One really good website to find information on Brazil is ManyAnswers.

Some cool Brazil facts: Brazil is the country which has the greatest number of animal species. Two of the major cities in Brazil are Rio de Janeiro and Saō Paulo. To fid out more you can take a look at the many interesting books about Brazil in the library collection or use Oddizzi through the library website. 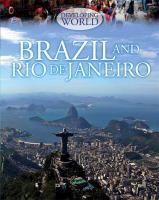 In 1960 another city called Brasilia was founded and became the new Capital City instead of Rio. A famous Brazilian architect named Oscar Niemeyer designed the city of Brasilia. It is a planned city and it is designed to look like an aeroplane when viewed from above.

Rio de Janeiro has a large Roman Catholic population, so one of it’s most famous landmarks is the large statue called Jesus Christ the Redeemer, which is on top of Corcovado Mountain and looks out over the city.

The city is also famous for a Mountain called Sugarloaf Mountain which has a cable car.

A famous dance called The Samba comes from Rio, which is a mixture of African and Brazilian music and dance.

Every year before the start of Lent near Easter time there is a Festival with a big parade called a Carnival. Lots of people get dressed up for it with very elaborate costumes and dance along the parade route and go on floats. People come from all over the world to see the Carnival.

Rio is also known for its famous beautiful beaches. The Copacabana, Ipanema, Barra da Tijuca. The Copacabana beach is where some of the big Olympic events are taking place.

Many places around Rio are being use as Olympic venues, and some have had to be specially built for the Olympic sports. It must be very exciting for the people who live in Rio.