The Pixar revolution has arrived at Wellington City Libraries and just in time for the wintery-est of school holidays. It is an exciting time with the release of Toy Story 4, produced by Pixar Animation Studios and released by Walt Disney Pictures,

Check out the teaser trailer reaction below! …. Even the toys can’t wait for the movie to be released!

So to celebrate the release of the forth instalment of the lovable classic where toys come to life, why not go down to your local library and check out some other DVDs released by the same companies, such as: 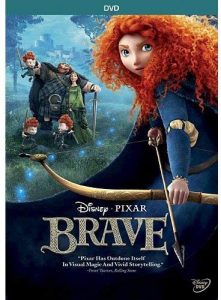 Be brave and grab life by the horns with Merida, the feisty, Scottish  princess and skilled archer who dreams of following her own path living her own life, even if it mean defying the traditions and expectations of her family and people. However when her pride gets in the way and a spell is cast upon her mother, Merida must use her wits and skills to “mend the bond caused by pride” and save the day “highlander” style.

Take a ride on the wild side with Lightening McQueen and the gang in Cars 1, 2 and 3, that chronicles the secret life of race car driving, from the race car’s point of view. This is a movies that boys will enjoy, especially boys into cars and formula one racing. 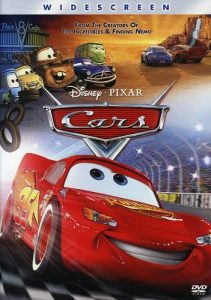 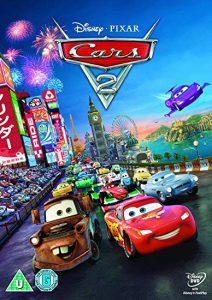 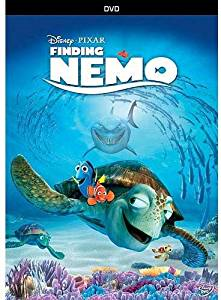 Go back to where it all began where Marlin goes on an epic quest from the great barrier reef to Sydney in order to find and save his son, Nemo, while meeting and encountering new friends on the way such as surfer turtles that live to 150 years old, vegetarian sharks who have regular meetings and of course, Dory herself!, a good-hearted and optimistic regal blue tang with short-term memory loss. 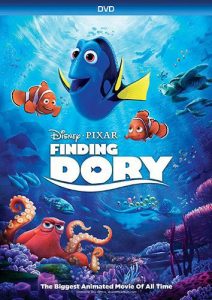 Finding Dory reunites the friendly but forgetful blue tang fish, Dory, along with her friends, Marlin and Nemo on an epic quest to find Dory’s family. The questions that hangs on everyone’s lips are what does she remember? Who are her parents? And where did she learn to speak whale? Favourite moments in the film include Dory as a baby – Boy, she’s adorable!, Marlin and Nemo’s encounter with the seals, Still can’t get the ‘OFFOFFOFFOFF’ aka the seal talk out of my head, Dory making new friends with Hank, an octopus with seven tentacles and who, for a guy with three hearts is very bad tempered, Dory reuniting with her childhood friend, Destiny and the odd cameo of previous characters from Finding Nemo.

The secret life of superheroes comes to life with the Parrs aka The Incredibles, where you watch them balance secret identities, families and saving the day. Overall, both films are funny, action packed and will keep you entertained for hours on end. 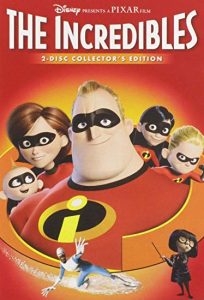 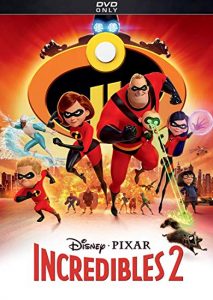 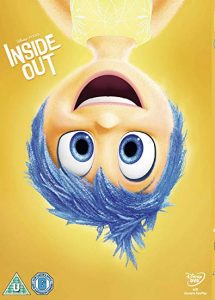 What happens when your emotions go into overdrive? They manifest in the form of Joy, Sadness, Fear, Anger and Disgust. This film is set in the mind of a young girl, Riley Andersen, where the five personified emotions try to lead her through life as her parents  move the family to a new city. Some very funny moments in the film, especially when Anger loses his temper, Disgust’s sarcastic and cynical behaviour and finding what role Sadness plays in our lives (Spoiler: Very important role).

Also check out the amazing books, ranging from official movie/character guides, stories and comics adapted from the Pixar movies such as: 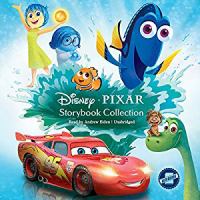 This audiobook features retellings of all seventeen Disney-Pixar feature films such as Toy Story, Finding Nemo and much more! 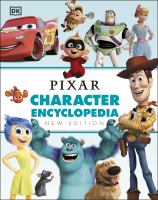 Dive into the wonderful world of Disney.Pixar with this colourful, fact-filled guide to your favourite Pixar characters. Find out more about the greatest and funniest heroes, villains, sidekicks and oddballs from across all 21 movies- including the newest characters from Toy Story 4. For ages 7- 9. 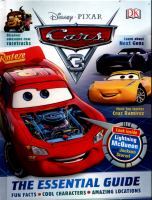 Describes the memorable and ever-popular characters, including race car Lightning McQueen, plus key locations, themes, and iconic moments from the movie.

“Trying to help… Violet and Dash are part of a Super family, and they try to help out at home in two adventures! Can they pick up groceries and secretly stop some bad guys? And can they clean up the house while Jack-Jack is ‘sleeping?’ Find out in these Super stories! Also included in this volume are a variety of activities, and a special feature on how comic books come to life!” — From publisher’s description.

“Discover everything you wanted to know about brave superheroes, dastardly villains and cool vehicles from Incredibles 2, the awesome new sequel to Disney-Pixar’s smash hit movie, The Incredibles. When a new villain hatches a brilliant and dangerous plot, the Parr family and their old friend Frozone must find a way to work together again – which is easier said than done, even when they’re all Incredible. This book covers all the memorable and ever-popular characters, plus key locations, themes and iconic moments from the movie.” — Amazon.com. 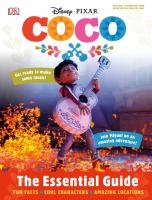 Explore the art of the Disney movie Coco! Despite his family’s baffling generations-old ban on music, Miguel dreams of becoming an accomplished musician like his idol, Ernesto de la Cruz. Desperate to prove his talent, Miguel finds himself in the stunning and colorful Land of the Dead following a mysterious chain of events. Along the way, he meets charming trickster Hector. Follow along with word-for-word narration as, together, they set off on an extraordinary journey to unlock the real story behind Miguel’s family history. 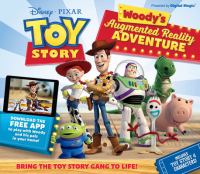 Bring the world of Toy Story, one of the most beloved animated films of all time, off the pages of the book and into your room with Augmented Reality! Since it was first released, Disney/Pixar’s Toy Story has been a global phenomenon. For ages 6+