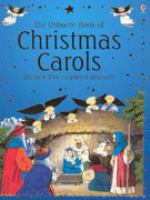 Christmas carols have a long and surprising history. In the very early days of the Church, songs weren’t sung during the Christmas period. It was believed that Christmas should be celebrated in a very sober way, not like those pagans with their raucous midwinter festivals! The word carol comes from two places: the ancient Greek choros (“dancing in a circle”) and the French carole (“a song to accompany dancing”).  So carols were basically any song that was sung at any time of celebration.  When people started singing in Church, they’d often get kicked out by an annoyed priest, so they went around to people’s houses instead.  That’s why in some countries carol singers go around streets singing songs.  It was only during the 15th century that people started writing carols specifically for Christmas, and singing them was allowed in Church.

A lot of the songs we still sing today are very old. “The twelve days of Christmas” and “We wish you a Merry Christmas” are from the 16th century.  Then there are some from the 18th century, like “Hark the Herald Angels sing” and “O come all ye faithful.” Most of these very old Carols are English or French, but there are a few from America too: “Jingle Bells” and “Away in a Manger” were written there in the 19th century.

Another carol from that period, “Silent Night” has quite an interesting story behind it.  It was written in 1818 in Germany. At its first performance it was supposed to have been accompanied by the organ, but mice had chewed through the bellows so it had to be accompanied by a guitar instead.  During the “Christmas Peace”  of 1914, during WWI, it was sung by English, French and German troops as they all knew the melody and the words. Although obviously they sang it in their own languages!

We’ve got lots of awesome Christmas music at the library, so come down and check them out.

Most of my information for this post came from The Christmas Almanac and Horrible Christmas.