Some extra, new, copies of Throne of Glass by Sarah J. Maas arrived today, which got us wondering how long to wait until the next one? (Answer: four-ish months only.) Which then got us thinking about what other interesting stuff might be arriving soon-ish. Here’s a selection!

Tower of Dawn, book 6 in the Throne of Glass series, Sarah J. Maas (September). The next smash hit in the smash hit series; September isn’t so far away. This book features Chaol and, not wanting to spoiler things too much, a journey to Antica…

All the Crooked Saints, Maggie Stiefvater (October). We’re curious about this one, being Maggie fans here at WCL. This new book from the author of the Raven cycle and the Wolves of Mercy Falls series promises “Saints, miracles, family, romance, death, redemption” (library supplier). Which is everything really, and quite mysterious.

Convergence, Marita Smith. The first book in a new series by a debut author who is also a gourmet mushroom grower! We like it already. Robyn Greene is a scientist working on a gene that will help humans communicate with animals. When she discovers a genetic mutation that gets a mysterious organisation, the MRI, interested, she must track down the humans with this gene before MRI does…

Thick as Thieves, Megan Whalen Turner, companion novel in the Queen’s Thief series. Megan Whalen Turner takes AGES to write her novels, so this one has been a long time coming and we’re suitably excited. This story follows Kamet, former slave of Nahuseresh, the evil Mede, and an Attolian soldier. The blurb is not telling us which Attolian soldier, but is suggesting we already know them… Groundbreaking fashion / Jane Rocca ; illustrations by Juliet Sulejmani.
“A celebration of fashion’s most adventurous, outrageous moments. The modern history of fashion has always had significant turning points that altered everything that came afterwards — from the first outing of Chanel’s little black dress and the scandal of the first mini-skirt to Alexander McQueen’s armadillo shoes and Jean Paul Gaultier’s cone bra for Madonna. This book honours and celebrates these groundbreaking fashion moments. Each of the 100 fashion turning points is illustrated and put into its historical context — how and why it was ahead of the curve. The emphasis is on the designer who created it, the celebrity or personality who wore it and why it was groundbreaking in terms of the social and cultural shift it created.”–provided by publisher’s website. This book is omg so glam. Loaded with beautiful images of starlets (old and new) wearing Swarovski, it even has fold outs and mirror pages (?!) throughout. The glammest thing to happen to you all week. 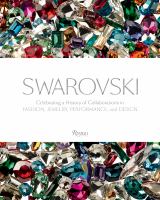 Swarovski : celebrating a history of collaborations in fashion, jewelry, performance, and design / contributions by Vivienne Becker, Deborah Nadoolman Landis, Colin McDowell, Suzy Menkes, Alice Rawsthorn, Deyan Sudjic, Nadja Swarovski.Proxy Error
For over 120 years Swarovski crystals have had a multifaceted significance, used as a creative ingredient by coveted brands around the world. In this history of the world-renowned crystal brand, you’ll learn about Swarovski’s contributions to the creative industries, emerging and established fashion designers, and view never-before-published contemporary and archival photographs.

In Comics and Graphic Novels, Competition, Happenings, Library, New Zealand, Nicola, Pencil it in your diaries

Ben Carver returns for the spring semester at the exclusive Natick School in Massachusetts determined to put his relationship with Rafe Goldberg behind him and concentrate on his grades and the award that will mean a full scholarship–but Rafe is still there, there is a girl named Hannah whom he meets in the library, and behind it all is his relationship with his distant, but demanding father. (Publisher information.)

First lines: According to the swim instructor at the Gilford gym, I had the worst buoyancy of any human he’d ever seen. My brother, Luke, and I got one lesson each as our Christmas present, mostly because Luke wanted to learn. I wasn’t so sure I needed to add swimming to my life, as I’d gotten along just fine without it for seventeen years.

The hate u give, Angie Thomas

After witnessing her friend’s death at the hands of a police officer, Starr Carter’s life is complicated when the police and a local drug lord try to intimidate her in an effort to learn what happened the night Kahlil died. (Publisher information)

First lines: I shouldn’t have come to this party. I’m not even sure I belong at this party. That’s not on some bougie shit, either. There are some places where it’s not enough to be me. Either version of me. Big D’s spring break party is one of those places.

Carver Briggs never thought a simple text would cause a fatal crash, killing his three best friends, Mars, Eli, and Blake. Carver can’t stop blaming himself for the accident, and a judge is pressuring the district attorney to open up a criminal investigation. Eli’s girlfriend, Carver’s therapist, and Blake’s grandmother ask Carver to spend a “goodbye day” with them to share their memories and say a proper farewell. As other families ask for their own goodbye day with Carver, will it mean making peace with their losses, or bring Carver one step closer to a complete breakdown– and possibly prison? (Publisher information)

First lines: Depending on who – sorry, whom – you ask, I may have killed my three best friends. If you ask Blake Llyod’s grandma, Nana Betsey, I think she’d say no. That’s because when she first saw me earlier today, she grabbed me in a huge, tearful hug and whispered in my ear: “You are not responsible for this, Carver Briggs. Good knows it and so do I.”

After twelve-year-old Sumiko and her Japanese-American family are relocated from their flower farm in southern California to an internment camp on a Mojave Indian reservation in Arizona, she helps her family and neighbours, becomes friends with a local Indian boy, and tries to hold on to her dream of owning a flower shop. (Publisher information)

Seven days of you, Cecilia Vinesse

Sophia has spent her life ping-ponging between different countries and schools, so, in theory, saying goodbye should be easy. But now she’s leaving Tokyo, the place that finally felt like home. The only way she can get through this is to make her final week perfect. Then Jamie Foster-Collins shows up, just in time to ruin everything. Jamie and Sophia used to be friends … and his return stirs up feelings she thought she’d forgotten. (Publisher information)

First lines: At the beginning of the summer, I tried to get on top if the whole moving-continents thing by reminding myself I still had time. Days and hours and seconds all piled on top of one another, stretching out in front of me as expansive as a galaxy. And the stuff I couldn’t deal with – packing my room and saying goodbye to my friends and leaving Tokyo – all that hovered at some indistinct point in the indistinct future.

Fifteen-year-old Marcus tries to uphold the honour of his beloved great-grandfather, aka Zachary the Stupendous, by performing a daring magic trick involving a disappearing shark. (Publisher information)

First lines: “Is this your card?” asked Marcus Millian III, holding up the nine of hearts.
“It is!” said his mother, eyes wide with surprise. “How did you do that?”

The upside of unrequited, Becky Albertalli

Seventeen-year-old Molly Peskin-Suso knows all about unrequited love. No matter how many times her twin sister, Cassie, tells her to woman up, Molly can’t stomach the idea of rejection. So she’s careful. Fat girls always have to be careful. Then a cute new girl enters Cassie’s orbit, and for the first time ever, Molly’s cynical twin is a lovesick mess. Meanwhile, Molly’s totally not dying of loneliness — except for the part where she is. Luckily, Cassie’s new girlfriend comes with a cute hipster-boy sidekick. If Molly can win him over, she’ll get her first kiss and she’ll get her twin back. There’s only one problem: Molly’s coworker, Reid. He’s a chubby Tolkien superfan with a season pass to the Ren Faire, and there’s absolutely no way Molly could fall for him. Right? (Publisher information)

First lines: I’m one the toilet at the 9:30 Club, and I’m wondering mermaids pee. This isn’t random. There’s a mermaid Barbie attacked to the door of the bathroom here. Which is a pretty odd choice for a bathroom mascot. If that’s even a thing. Bathroom mascots.

This is my song, Richard Yaxley

“This is my blood, This is my song. In the 1940s, musician Rafael Ullmann is sent to a Nazi concentration camp. In the 1970s, Annie Ullmann lives a lonely life on a Canadian prairie. Three decades later, in Australia, Joe Hawker is uncertain about himself and his future … until he discovers a song, written by his grandfather many years ago. This Is My Song crosses three continents and time-lines, chanting the need for each of us to find our own music, to sing to those we love most. This compelling and unforgettable story, by award-winner Richard Yaxley, will strike a chord and pluck the heartstrings.” — Back cover.

First lines: My child, I am dying. Do not be sad or afraid for me. When the time comes I will welcome my departure as natural and proper-even, as you will see, somewhat belated. I have stolen a great deal of time! But know this: as I close my eyes I will allow the last of the light to stay upon my best fortunes, your mother – and you, my child. You. Before then, however, I must deal with the secrets.