You said there was a writing competition?

Yes indeed! Fancy yourself a bit of a language aficionado? Our friends at Lingogo are running a Matariki Short Story Competition for rangatahi aged 13-18 around the country. The winner gets a $500 Prezzy card, plus gets published on the Lingogo app! Your story must be on the theme of Matariki, and be less than 500 words, and may be in English or te reo Māori, but other than that, all the creative stuff is down to you!

Start writing now for your chance to win — entries close at midnight on the 30th of June, but there’s still plenty of time to get in those submissions. In their words, “you could be flying into the Māori new year as a published author with some extra moolah in your pocket!” Check out all the deets, and submit your story, here. And if you’re in the mood for inspiration, check out some of our previous posts on the topic of creative writing here!

Wait, so what is Lingogo again?

We’re glad you asked! Lingogo is a library app developed in Aotearoa that provides access to a wide range of dual-language Māori and Pacific stories with audio. It’s awesome for beginner and intermediate language learners as well as fluent speakers. You can simply tap any sentence to listen to it spoken aloud and find its English translation, so it’s super easy and intuitive to use. It’s one of the best tools out there to get clued up about indigenous story and language, so get amongst!

Get started with Lingogo by visiting our eLibrary page here, or you can find the app on the Google Play Store or Apple App Store. We reckon Lingogo is pretty awesome, so we’re keen for you to give it a go! 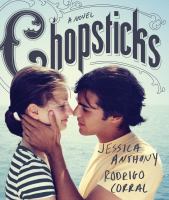