Who needs a touch of glamour?! Hit up the enviable styles of Kylie Monigue, Kate Moss and Lady Gaga, along with a touch of awards’ night elegance, with these sweet reads: 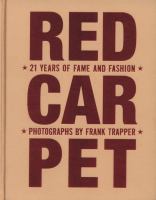 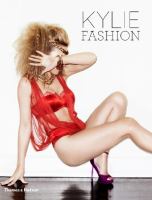 Kylie fashion / Kylie Minogue & William Baker ; foreword by Jean Paul Gaultier.
Published as part of the K25 celebrations this year, Kylie / Fashion is the official book celebrating twenty-five years since Kylie burst onto the music scene with The Locomotion and I Should Be So Lucky. This dazzling book celebrates her numerous and ground-breaking collaborations with the world’s great fashion designers.

Lady Gaga : critical mass fashion / by Lizzy Goodman.
“Packed with 120 full-color photos of the new queen of pop, this volume celebrates the fashion of the edgy, wildly original Lady Gaga, catching this rocketing star at her most outrageous, most revealing, and most fashionable.” (Syndetics summary) 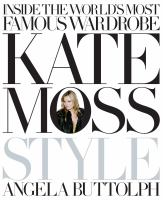 Kate Moss : style : inside the world’s most famous wardrobe / Angela Buttolph.
“A stylish celebration of top model Kate Moss’s life in fashion. Arguably the most famous style icon of recent decades, Kate Moss is certainly one of the most photographed and talked-about celebrities of our time. Kate’s unique personal experience of the fashion industry has meant she has worked with the best designers, photographers and stylists, and worn the world’s most beautiful clothes from a very early age. Kate’s sense of style is now innate, instinctive and impeccable. Her fresh approach to dressing has turned her into a style icon for millions who buy her designs at Topshop, and emulate her style. This book not only explores the elements of Moss’s style, but her eye for putting her look together — not only where she shops and what she buys, but why. We all want a little bit of the Moss Style Mojo, and this book unravels her formula; taking us not just inside her wardrobe, but inside her head. “From the Trade Paperback edition.”” (Syndetics summary) 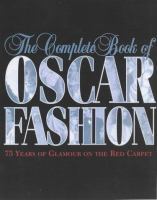 The complete book of Oscar fashion : 75 years of glamour on the red carpet / Reeve Chace.
“This book presents the pageantry of Oscar fashion in photos culled from 75 years of Academy Awards ceremonies. Take a walk down the Red Carpet and see the stars. Scrutinize the fashions worn by Norma Shearer in the 1920’s to Audrey Hepburn in the 1950’s and the current day trends with the likes of Halle Berry and Cameron Diaz.” (Goodreads summary)

This week we bring you another installment in the completely randomly ordered R n R’s guide to non-fiction. Which gem of a collection is featured this week you ask? Biographies! So in this section you’ll find everything you ever wanted to know about some of your favourite celebrities from the boys of One Direction to Richard Hammond to Bob Marley. Need your Twilight fix? We’ve got biographies for Stephenie Meyer, Robert Pattinson and Taylor Lautner.

But wait there’s more! So much more in this section! We’ve got biographies for some truly fascinating people:

Chinese Cinderella : the true story of an unwanted daughter, Adeline Yen Mah – This book tells the story of her painful childhood and her ultimate triumph and courage in the face of despair. Adeline’s affluent, powerful family considers her bad luck after her mother dies giving birth to her. Life does not get any easier when her father remarries. She and her siblings are subjected to the disdain of her stepmother, while her stepbrother and stepsister are spoiled. Although Adeline wins prizes at school, they are not enough to compensate for what she really yearns for – the love and understanding of her family. It will honestly break your heart and if you want more then Falling Leaves is about Adeline Yen Mah’s life after she leaves China for university in the States.

Steve Jobs : the man who thought different : a biography, Karen Blumenthal – Steve Jobs is an inspiration to many. After all, he famously left the company he co-founded and then returned a decade later to bring Apple from near bankruptcy to profitability within a few years. This biography explores more than that though and gives you an insight into the incredible (some might say ingenious) man behind Apple.

We’ve got biographies for some of your favourite authors:

My secret diary, Jacqueline Wilson – We’re not sure about you but for us Jacqueline Wilson’s books were a huge part of our childhood. My secret diary has extracts from her real secret teenage diaries and the stories she wrote as a teenager and explores the authors own turbulent teenage years – her problems with her family, first love, her school life and her friends.

The Brontë Sisters: the brief lives of Charlotte, Emily and Anne, Catherine Reef – The Brontë sisters are among the most beloved writers of all time, best known for their classic nineteenth-century novels Jane Eyre (Charlotte), Wuthering Heights (Emily), and Agnes Grey (Anne). This biography explores the extraordinary lives of these literary siblings and the oppressive times in which they lived.

C. S. Lewis: the man behind Narnia, Beatrice Gormley – Narnia has been a favourite fantasy series for generations. This biography offers a history of it’s creator from childhood in Belfast, Ireland to his adult life as a renowned scholar and beloved author, always with a rich imagination and deep faith.

One of my newest celebrity crushes (whom I admire the more I know about her):

Lady Gaga : critical mass fashion, Elizabeth Goodman – This book is all about Lady Gaga’s fashion which is such a huge part of her megastar persona. She says of her fashion, “I just don’t feel that it’s all that sexy… It’s weird. And uncomfortable. … It’s graphic, and it’s art.” I love this about her. I love that shes’ using her fame to push people’s boundaries, she’s aiming to shock people not look pretty or cool, she’s trying to make you think.

And we’ve got biographies for some regular folk in extraordinary circumstances:

Regine’s Book: a teen girl’s last words, Regine Stokke – This inspirational teenager began to blog about her day-to-day life shortly after she was diagnosed with lukemia in 2008. Regine’s stated purpose with her posts was to give a sense of “what it’s like to live with” such a serious illness, and her blog became an almost classic. As well as her words, the book is filled with her amazing photography as well which has been exhibited at both the 2009 and 2010 Nordic Light photography festivals in Kristiansund.

The year we disappeared : a father-daughter memoir, Cylin Busby & John Busby – When Cylin Busby was nine years old her police officer father, John, was driving to work when someone leveled a shotgun at his window. With John shot and the shooter on the loose, the Busbys went from being the “family next door” to one under 24-hour armed guard, with police escorts to school, and no contact with friends. They left everything and everyone they had ever known and simply disappeared. This harrowing memoir is told by both father and daughter.

The Met Gala is a huge fashion event.  Its always been a big deal for the fashion world – run by US Vogue and headed by Vogue editor-in-chief Anna Wintour.  It centres around a fashion exhibition that the Metropolitan Museum of Art in New York holds annually which opens with this big fashiony party.  Alexander McQueen and Poiret have been past subjects for exhibits and this year its the highly inventive and influential female designers Muiccia Prada and Elsa Schiaparelli.   There’s a really interesting article about the exhibition and the work of these two designers that you can read HERE.

This year’s gala was held on Monday night and I bet you’ve seen something, somewhere about it on the interwebs (even Stuff did a red carpet article).   Big news indeed!   And all the best celebs and models were there looking glam.

To catch you up – there’s great dress coverage from Fashionista and the Fug girls.  Coco’s Tea Party offers her top ten and worst ten – do you agree?   Do some research and let me know your favourite outfit!   Mine is model Dree Hemingway in a custom made dress from good, old Topshop, what do you think?!

Get your Soft Lighting and Trickling Waterfalls!

In May we reported that Lauren Conrad of The Hills fame has published a book called L. A. Candy (a cunning disguise for a sort of autobiographical fiction perhaps?).

Well, this book is doing so well on the bestsellers lists that we just had to get a copy or two – place a reserve now if you’re an L.C. fan.

LA Galaxy free training session, featuring David Beckham, will hold a free public training session at the Westpac Stadium on Friday 30 November from 11.00am till 1.00pm. The session will give school kids from around the region a chance to see the Galaxy – and Beckham – at training before their match against the Wellington Phoenix the next day. It’ll also enable football fans to see another international star – newly-appointed Galaxy coach Ruud Gullit. There will be no charge for admission to the training session but in order to manage numbers, schools will be asked to register their interest in attending. So make sure your school does so! Stadium and City Council staff will allocate seating areas at the ground.