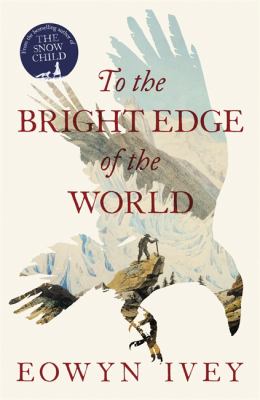 Read something great, intriguing, surprising or satisfying? Want to let other people know about it?

The Readers’ Choice selections are books nominated by people who want to pass on their reading experience to the library community. These selections are highlighted with Reader’s Choice stickers so that others can find great reading material.  You can find slips for Reader’s Choice reviews in new books, or ask staff for one if you have a review or recommendation to embellish the library collection.

Shelter in place / Roberts, Nora
“Sometimes, there is nowhere safe to hide. It was a typical evening at a mall outside Portland, Maine. Three teenage friends waited for the movie to start. A boy flirted with the girl selling sunglasses. Mothers and children shopped together, and the manager at the video-game store tended to customers. Then the shooters arrived. The chaos and carnage lasted only eight minutes before the killers were taken down. But for those who lived through it, the effects would last forever.” (Catalogue)

Reader’s review: “One word, ‘Brilliant’. There is a reason why Nora Roberts is an international bestseller, her books just keep getting better and better.” (no rating, but I guess it would be high!)

Ascendant / Campbell, Jack
“In the three years since former fleet officer Rob Geary and former Marine Mele Darcy led improvised forces to repel attacks on the newly settled world of Glenlyon, tensions have only gotten worse. When one of Glenlyon’s warships is blown apart trying to break the blockade that has isolated the world from the rest of human-colonized space, only the destroyer Saber remains to defend it from another attack. Geary’s decision to take Saber to the nearby star Kosatka to safeguard a diplomatic mission is a risky interpretation of his orders, to say the least.” (Catalogue)

Reader’s review: “A good entry in a good series, although you get more out of it if you’ve red the books that come before it. A more thoughtful approach to political issues than is usual for military science fiction.” (4/5 stars) ⭐⭐⭐⭐

Tane’s war / Weir, Brendaniel
“One lifetime, two battles. It’s 1953 and Briar is a dreamer living with his father in Pukekohe. His behaviour sees him sent to a training farm to be “turned into a man”. But the plan backfires when his arrival awakens feelings in fellow shearer, Aussie. Tane is the farm foreman and his Maori heritage sets him apart. Briar and Aussie threaten the walls Tane has built around his own secret past; walls created in the trenches of WW1. Tane is confronted with a choice. He cannot change history but maybe he can help change the future.” (Catalogue)

Reader’s review: “I thought this book was excellent. It was very cleverly constructed with different interweaving timeframes and connected characters… It was also a sad eye-opener of cruel homophobia. Luckily views in Aotearoa are more tolerant now… (review abridged)” (5/5 stars) ⭐⭐⭐⭐⭐

The boat runner : a novel / Murphy, Devin
“Epic in scope and featuring a thrilling narrative with precise, elegant language, The Boat Runner tells the little-known story of the young Dutch boys who were thrown into the Nazi campaign, as well as the brave boatmen who risked everything to give Jewish refugees safe passage to land abroad. Through one boy’s harrowing tale of personal redemption, here is a novel about the power of people’s stories and voices to shine light through our darkest days, until only love prevails.” (Catalogue)

Reader’s review: “I thought this book was an excellent read for all mature readers… As an avid reader of books in the War genre I think this novel is among the very best with many unexpected twists and turns.  It certainly is thrilling” (5/5 stars) ⭐⭐⭐⭐⭐

Kompromat / Johnson, Stanley
“Kompromat reveals how the devilishly cunning machinations of Russian President Igor Popov succeed in crucially influencing the electoral outcome on both sides of the Atlantic. Plot, counterplot and subplot are deftly woven into an “alternative” account of events which ends as Britain’s new Prime Minister, Mrs Mabel Killick, seeks her own mandate to deal with Brexit-related turbulence.” (Catalogue)

Reader’s review: “A different slant on political events made this book very entertaining but at times a bit confusing. It told a reasonably plausible story which while not deep was thought provoking. Bang up to date too!”. (4/5 stars) ⭐⭐⭐⭐

To the bright edge of the world / Ivey, Eowyn
“Lieutenant Colonel Allen Forrester receives the commission of a lifetime when he is charged to navigate Alaska’s hitherto impassable Wolverine River, with only a small group of men. Forrester leaves behind his young wife, Sophie, newly pregnant with the child he had never expected to have. Adventurous in spirit, Sophie does not relish the prospect of a year in a military barracks while her husband carves a path through the wilderness. What she does not anticipate is that their year apart will demand every ounce of courage and fortitude of her that it does of her husband.” (Catalogue)

Reader’s review: “I thought this book was great.  Brought an era to life with a present day contrast to a colonial era.” (5/5 stars) ⭐⭐⭐⭐⭐