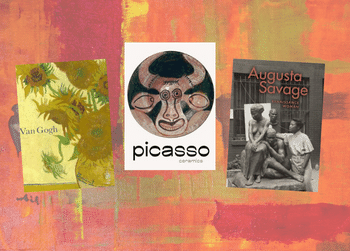 Painting is just another way of keeping a diary. – Pablo Picasso

Did you know that Wellington City Libraries has a large collection of fine arts books? Feast your eyes on artworks that continue to inspire generations, while also learning about the artists behind them. From Renaissance master Michelangelo, to painting icon Frida Kahlo, the below booklist features a treasure trove of art history.

Michelangelo, God’s architect : the story of his final years and greatest masterpiece / Wallace, William E
“The great Italian Renaissance artist Michelangelo entered his seventies, despaired that his productive years were past. Anguished by the death of friends and discouraged by the loss of commissions to younger artists, he began carving his own tomb. It was at this unlikely moment Michelangelo build St Peter’s Basilica. This skilled engineer, creative genius, faithful to god, was destined to build the most magnificent church. (Adapted from the Catalogue) 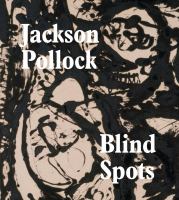 Jackson Pollock : blind spots
“Jackson Pollock was one of the most influential American artists of the twentieth century. This fully illustrated publication accompanies the first exhibition in over three decades of a crucial phase of his work, referred to as the Black Pourings. This controversial body of black enamel and oil paintings, which were exceptional in their absolute merging of colour and surface, are accompanied here by drawings that are regarded as his most important as a draughtsman.” (Adapted from the Catalogue) 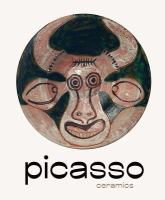 Picasso : ceramics
“In 1946, Pablo Picasso visited an exhibition of ceramics in Vallauris in France, known for potteries. It was a watershed moment for Picasso who was always looking for new materials. Through Picasso’s whimsical, elegant handling of shape and line, he produced 4,000 ceramic objects. This book presents more than 150 of Picasso’s most important ceramic works reproduced in beautiful four-colour printing, as well as new texts about the artist’s pieces in this medium. ” (Adapted from the Catalogue)

Young Rembrandt : a biography / Blom, Onno
“Rembrandt’s life has always been an enigma. How did a miller’s son from a provincial Dutch town become the greatest artist in the world? The only remaining evidence of Rembrandt’s life as a young man is his work, Rembrandt’s early paintings tell a fascinating story of artistic evolution against the backdrop of the widening horizons of Leiden’s cultural and commercial life during the Dutch Golden Age. This book portraits fascinating details of young Rembrandt and how he became who he was. ” (Adapted from the Catalogue)

Frida Kahlo : the brush of anguish / Zamora, Martha
“Mexican author Martha Zamora captures the essence of one of Mexico’s most prolific and talented painters in a single comprehensive volume. Seventy-five of Frida Kahlo’s paintings, reproduced here in lavish color, accompany numerous historical photographs and the author’s descriptive text, chronicling the significant episodes in Kahlo’s life. For Kahlo’s many admirers, as well as for those new to her work this authoritative and richly illustrated volume will be both an excellent reference and a compelling look at her passionate and often disturbing art.” (Adapted from Catalogue) 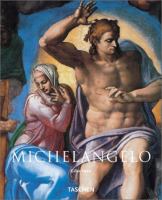 Michelangelo, 1475-1564 / Néret, Gilles
“The great Renaissance artist, Michelangelo funnelled his God-fearing passion into the creation of some of the most revered and celebrated works in the history of art. Attempting to reconcile the apparently conflicting forces that inhabited him: earthly passions and fear of God. The edifice devoted to beauty, celestial and infernal alike, that Michelangelo raised to the glory of God has no equivalent.  And they did so even on the ceiling of the Sistine Chapel.  (Adapted from the Catalogue) 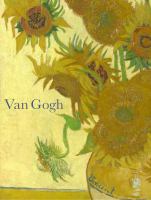 Van Gogh / Spires, Hattie
“Vincent van Gogh is without a doubt one of the greatest and most influential artists of all time. Born in 1853, this Dutch Postimpressionist painter was hugely prolific, creating more than 2,000 works including more than 800 oil paintings, most of them within the last two years of his life. This generously illustrated and accessibly written publication is a must-have for anyone wanting to learn more about one of the great masters and his enormously popular art.” (Catalogue)