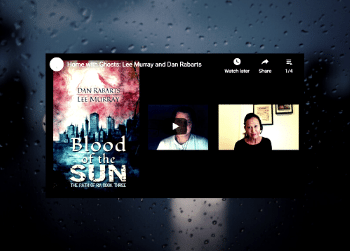 How do you tell a ghost story in the age of lockdown?

In a world of pandemics, it can be easy to think that ghost stories aren’t really needed. After all, isn’t reality scary enough? But it’s precisely this fear that ghost stories are designed for: as anthropology professor Tok Thompson explains, “ghost stories deal with a lot of issues — not just whether or not one believes in ghosts, but also questions of the past that haunt us, perhaps past injustices that haven’t been taken care of.”

They’re also remarkably adaptable, making the transition from oral storytelling to novels and periodicals, then to cinema, television and the internet. And in a world where so many people are physically isolated, ghost stories have the benefit of “bringing their listeners closer to each other” — even if it is via Zoom or YouTube.

That brings us to Home with Ghosts! Below you’ll find four fantastic ghost stories from a range of authors — each one designed to scare, disturb, puzzle or haunt. For more, follow Home with Ghosts: Scary Stories Online on Facebook, and stay tuned for the latest installment!

If the beautiful and haunting cover of Blood of the Sun looks familiar, there’s a reason: it’s the third book in the excellent Path of Ra series. Blood of the Sun is due to be released later in 2020, and re-joins Penny and Matiu Yee as they fight to hold back chaos across Auckland’s volcanic skyline. The series has been described as a blend of “near-future noir and horror” and will thrill and scare you in equal measure.

Authors Lee Murray and Dan Rabarts have several other titles available, including Murray’s Taine McKenna Adventures and Rabarts’ Children of Bane series. The pair have also worked together on several excellent anthologies, including At the Edge and Baby Teeth: Bite Sized Tales of Terror.

Hounds of the Underworld (Path of Ra Book One) / Rabarts, Dan
“On the verge of losing her laboratory, Pandora Yee lands her first contract as scientific consult to the police department. And with 17 murder cases on the go, the inspector is happy to leave her to it. Only she’s going to need to get around, and that means her slightly unhinged adopted brother, Matiu, will be doing the driving. But something about the case spooks Matiu…” (Adapted from Catalogue)

It’s been over 10 years since Andi C. Buchanan’s first short story was published in Antipodean SF, and since that time they’ve gone on to produce not only a powerful collection of short fiction (including “Girls Who Do Not Drown”) but also the novella From a Shadow Grave.

From a Shadow Grave begins with the 1931 murder of Phyllis Symons, branching out to describe three alternative scenarios for Phyllis’ life. It’s this emotional and structural bravery that led to Buchanan’s recent success at the Sir Julius Vogel Awards, where they received the award for Best Novella/Novelette!

Author and editor Madison Hamill’s debut collection Specimen was launched in March 2020, making it one of the first books to find itself released amid COVID-related lockdown. Despite this setback, Hamill’s work has been consistently popular at Wellington City Libraries–and no wonder: reviews of Specimen have described it as brave, precise and hilarious.

While Specimen is Hamill’s debut collection, her work can also be found at The Pantograph Punch, Scum, The Spinoff and more.

Specimen : personal essays / Hamill, Madison
“A father rollerblading to church in his ministerial robes, a university student in a leotard sprinting through fog, a trespass notice from Pak’nSave, a beautiful unborn goat in a jar … In scenarios ranging from the mundane to the surreal, Madison Hamill looks back at her younger selves with a sharp eye. Was she good or evil? Ignorant or enlightened? What parts of herself did she give up in order to forge ahead in school, church, work, and relationships, with a self that made sense to others?” (Catalogue)

You know that you’re onto something when your work is described as “a creepy love letter to Wellington”, and that’s just how Writers Plot summarised the spooky (and often hilarious) Ghost Bus: Tales from Wellington’s Dark Side. The title short story features not only the recent bus-pocalypse, but also the very real experience of riding on crowded public transport at the end of a long day.

Kirtlan’s previous work has also included Which Way is Starboard Again?, a book about learning to sail and overcoming anxiety and panic attacks in the midst of the South Pacific. Check it out below!

Which way is starboard again? : overcoming fears & facing challenges sailing the South Pacific / Kirtlan, Anna
“Many New Zealanders sail the South Pacific but not many do it with as little boating experience as uncoordinated, impractical, directionally challenged, desk-bound type Anna Kirtlan. Not only does she have to learn to sail, and navigate, from scratch, she also has to overcome recurrences of the anxiety and panic attacks that plagued her teen and early adult years.” (Adapted from Catalogue)