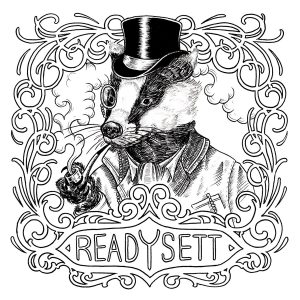 Based in Wellington, Ready Sett began working on material in early 2014. Anj Barton (vocals and guitar) and Tim Gau (drums) drew inspiration for their songs from early White Stripes and Black Keys recordings. After a burst of gigs following their emergence, they released their debut EP in December 2015.

Mid-2016 saw Olivia Campion taking over as drummer and backing vocalist. Anj and Olivia bonded over their love for punk, indie and riot grrrl groups of the ‘90s, which led to the creation of fast paced, pop-punk styled tunes. The duo’s songs reflect their feminist consciousness, coming to life through simple pop hooks, crushing guitar riffs and irreverent humour.

Check out this cheeky vid of our new song, thanks MOON 1 for having us on friday! #technologyaintmyfriend #irony