The Eighth Note: Secrets of the Sun 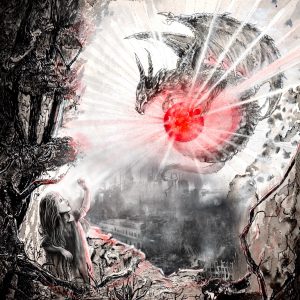 The Eighth Note is 8 quick Questions with Wellington Musicians. A chance for us to catch up with people & see what they’re up to, or introduce you to a new musician/band and their music. Up next is Mina from Secrets of the Sun, who released their debut album last month.

Who are you? Tell us a bit about your music:
Hi there! I’m Mina, lead singer of Secrets of the Sun. I’m also a guitarist. We are an alternative rock band from Wellington, and have been playing together for a couple of years now.

What have you been working on lately? Any new tracks or albums on the way?
Most recently we released our debut album, Obon. That’s probably the biggest ‘big deal’ thing we have done of late, and it was no mean feat! It actually took us well over a year in the end to record and go through post production. It was an awesome journey though. We recorded a chunk of it at The Surgery studios here in Wellington, and the rest ourselves at Julie Lamb’s rehearsal studios, The Fold. Next up we are all super keen to be working on new material.

Where is the best place people can follow you & find your music?
The best place to find our music is Bandcamp, but we are also on all of the other streaming services like Apple Music and Spotify.

What were the 3 most influential albums to you growing up?
Wow, that’s a hard one! Especially trying to keep it to three. Myself and the rest of the band are generally heavily influenced by post punk and alternative. But I will just speak for myself here, rather than my band mates to keep it simple. For me, off the top of my head it would have to be what I was listening to as a teenager, around 14 years old, which is when I really wanted to get into music for the first time. So in no particular order: Hole – Live Through This; Garbage – Version 2.0; Tori Amos – Boys for Pele.

Which other Wellington musician (s) would you most like to work with?
There are soo many good Wellington bands! And we have been fortunate enough to get to play with some of our favourites, like Spook The Horses. Planet Hunter are also great and put on a wicked show. We have played with them a few times. We were also going to do a show with Giantess, who we really like but that got binned because of the lovely Covid… I am going to be working on a duet with another Welly band, but I will keep that secret for now! I’m always keen to look at collabs with other people, especially now that we have got our album done. And my other band mates, also are really open to other bands and collabs as well. Especially our rhythm section – both Sarah and Simon are in about 4 different bands!

What’s your favourite Wellington venue to play in?
For me, it would have to be Valhalla. Just because it has so many good memories of going to gigs, and it feels like home.

In your songwriting or composing (or the band’s songwriting) how do the compositions and songs take shape?
For us there isn’t really a set formula. Some of it may be me writing the bones of a song at home by myself, and then bringing it to the band for their input. Wretched Tracks was like that. Or Aimee (our guitarist) may write some riffs up and have the structure already in her head, and then I might write some lyrics. And also we may just be jamming at our rehearsal space and see where something goes. There are no rules!

Where/when is your next gig?
Hahaha! With the current Covid situation, we literally have no idea. We are pencilled in for something in November, but who can say. Hopefully soon!!