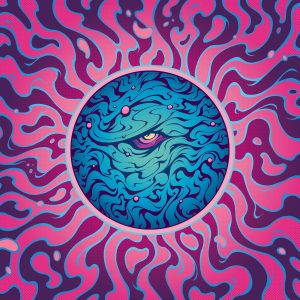 May 2020 was the 15th anniversary for the iconic Fat Freddy’s Drop album Based On A True Story. Unfortunately for the band they were in lockdown after returning from a cancelled European tour. After a low key time, things are starting to bubble again in the Drop camp, and we caught up with Chopper Reeds (aka Scott Towers) for a quick chat about the bands last release Special Edition Part 1.

When/where was the new album recorded?
Sessions for this record go as far back as 2010! But in truth the majority of the recording and tracking took place in the middle of 2019.

Who produced/engineered the album? How did the tracks come together in the studio, or at home?
Production duties are shared throughout the band – with Kuki (Iain Gordon), Clubba (Toby Laing) and Fitchie (Chris Faiumu) shouldering the majority of the editing. Fitchie is our in-house engineer too. We recorded jams in the studio as a whole band, then instrumental overdubs were completed in the ‘Bays’ Studio and vocal sessions were done by Joe Dukie (Dallas Tamaira) at his home studio. The editing and mixing then happened at Bays before it was sent offshore to Berlin for mastering.

How did the songwriting happen? Are there any overall themes within the songs/album?
Most often our songs start with a purely instrumental piece of music, then Dallas either brings lyrics that are already underway into the mix – or he improvises something that starts a new writing process for him.

Was there any specific gear you used to capture that?
The list of gear used on any of the albums we’ve done would be veeeeeeeery long…. and contain a lot of different number and letters. We are fortunate enough to have amassed a small mountain of gear over the years and we use pretty much all of it!

Is there a particular single/track that you feel captures the essence of the album?
Funnily enough Six-Eight Instrumental does… because it has now morphed and changed, and now has lyrics and a whole new arrangement. This is pretty much the Freddys way – make a tasty cake, then smash it to bits and add some more sprinkles to make it even better. Your hands get dirty, but it tastes good.