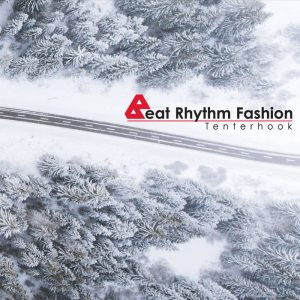 ‘New Album’ is where a band or artist answers some questions about their latest release. Up next is Nino Birch from legendary 80’s post-punk band Beat Rhythm Fashion, who have reformed after 35 years.

When/where was the new album recorded?
‘Tenterhook’ has been a 2-2.5 year process. I laid vocals and gat tracks down as templates, flicked them to Rob Mayes in Tokyo. He laid bass onto the tracks and eventually we got the tunes to Caroline Easther in NZ. She went into Surgery Studios in Welly for a day session to lace real BRF drums into the songs. It took time but is was a damn fine process…which informed our creative journey with the material immensely. The album was eventually mastered in Tokyo – I joined Rob for this there and we rolled out a couple of gigs and filmed 2 vids while we were at it. A very productive visit to Japan it was;).

Who produced/engineered the album? How did the tracks come together in the studio, or at home?
Rob Mayes produced, mastered and engineered the album. This process occurred in constant consultation with me and as I said, we both sat in the flight chairs to master it…Rob at the helm while I listened and worked it all through with him. Ideal situation in truth. Rob and I are both very much on the same page…he checks everything through with me.. nonetheless we often come to the same decision in sync…sometimes it is a little weird ha ha.

How did the songwriting happen? Are there any overall themes within the songs/album?
All the songwriting currently germinates from my end…lyrics and tune springs here but Rob conferences ideas and arrangement with me. We made a few changes to arrangements of the tracks on ‘Tenterhook’…nothing major but often the little tweaks here and there are the things that count. Rob added a number of elements to a fair degree in the tunes over and above his bass input. There are a few piano lines and horn lines he whacked in while most of the piano I played (and he tidied up…ha ha…Dan was the pianist..tho I can play ..my big bro was a brilliant pianist..and it was in fact his favourite instrument till his death in 2011). SO it is for this reason that Rob is credited for the music with me while I pen the story.
The overall theme of ‘Tenterhook’ is much like the general tone and direction that has always driven BRF: Question everything, get active, wake up, challenge the rule of govt and corruption, question our inhumanity to one another, question this world at war since time immemorial and….frankly get off your ass and look at your shit and sort it out- help someone in need …pass on the oxygen mask…that sorta thing. The list is long. I am as angry with our human collective, me included, as I ever was and I seek change while now in my more seasoned epoch of my life, I chose to do my utmost to walk the talk. I am sick to death of all the preaching to the converted and the distraction of FarceBook and I am rooting for a more valuable and ground zero activation of our peephood. We are running out ion time…you know it …I know it ;)…. not. just saying…ha ha ..to use a really annoying trendy term;). By the same token I don’t like to use my music to lecture people…NO NO ..that is not cool at all. I want to take folks on a journey..leave them with a feeling and maybe that feeling is one we share and it colours our gesture to the world. I believe BRF music does that … at least this is what I am told ha ha.

Were you going for a different sound/approach on this album?
NO we were not trying to bounce out something different from what has always been the BRF sound. In fact our focus was to remain in that soundscape …big…lush…edgy.. lyrically forthright and politico poetica …. I made a joke with Rob the other day about our tag of Shoegaze DreamPop…. cos I don’t even really know what that is ha ha. I told him my music was more pre-appocalypso…too funny 😉

Was there any specific gear you used to capture that?
Rob uses pro tools. I record with Ableton. I use a jazz master and run with a few effects but not much. Chorus, delay and o/drive are about it. But I like to run gats in stereo …always did live and intend to on the tour ..backline provisions permitting. Always used 2 JC 120’s live…big gat sweep is my aim. Solid big fat bass holding the guts and urgent drumming…thank you Caroline:)I think there is much to be said for double tracking gat and vox if you are up for it. Ancient trio in the book of tricks…it was one of Lennon’s pet wonders.

Is there a particular single/track that you feel captures the essence of the album?
I really am not sure about that. They are all rather different and all serve a valuable purpose to the overall picture of the album. The title Tenterhook (which is what Dan wanted to call our next band, before he passed on), speaks to our global state: the human psyche stretched to the limit of its endurance, pulled tight by the myriad impacts brought to bear by this clusterf**k of greed, senseless preponderance on economic growth and sheer wrecking ball tyranny, much of which is seeing the light of day due to our apathy and the play of an ancient collective of powerful narcissistic shitlords wielding power because we allow it.

Is there a physical copy available? If not which digital platforms is it available on?
Yes a pretty cool CD package is available to order from Failsafe Records or by messaging the BRF site on Farce Book, and available nationwide in select NZ music stores. The album is also digitally available on the Failsafe Records site, Bandcamp and will be available on Spotify and iTunes etc when we get that sorted upon our return from the tour.

Are you working on a video/videos for any of the songs? Are you doing any gigs or promotion for its release?
We have 3 vids ready to roll. ‘Hard as Hell’ the first single from the album was released with a video, which is on the tube, and ‘Property’ is our next release which will couple with a video. We have another vid lined up for the next song ‘Fake Peace’ that will roll out soon. Right now a main focus is bringing our live show to NZ….BRF’s birthplace ….where this all began. A perfect spot to bring it on again:)