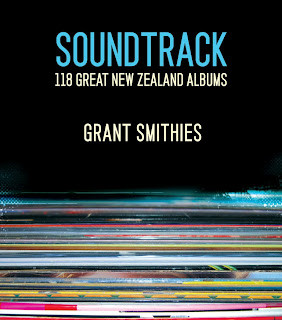 From the Archives: Grant Smithies on Wellington Music

I broke into a derelict old farmhouse outside Murchison once, just to see what was in there. In one room a farmer was storing rat-infested hay. In another were jars of home-made pickles from the early Jurassic period. But the thing that I remember most is the fleas. As I walked around, the carpet literally came alive with vicious little dots, all jumping up and trying to bite my ankles. Foolishly, I was wearing shorts. Within seconds all the skin between my feet and my knees looked like the supposedly pleasure-giving surface of a ribbed condom. It was painful as hell, but now, years later, it gives me a useful metaphor for the Wellington music scene. It’s alive. It’s jumping. It sometimes sucks.

And just as huge populations of biting insects have found an ideal home in the rotting carpets of rural Murchison, the Capital city’s wind-lashed bars, cafes, warehouses and flats seem to provide the perfect cultural conditions for breeding musicians. The buggers are everywhere. You look around and there’s another one, leaping around excitedly, making a fearsome racket. Sometimes they look familiar, too, because every musician here is in at least 800 bands. Do all these bands sound identical? Hell, no. Yet people persist in talking about “the Wellington sound”. I even have mates who dismiss all Wellington music as “hippie trumpet dub”. As a music writer, I feel a tad responsible.

For years I’ve been a cheerleader for the distinctive Pacific soul sound that has flowered up through the cracked concrete of the capital city. And why not? TrinityRoots and Fat Freddy’s Drop in particular are frequently marvellous. With their big basslines, horn sections, crisp beats and tight harmonies, it’s an emotionally generous musical style that makes me smile like a post-coital honeymooner. But this dub-damaged, soul-influenced, pot smoker-friendly sound isn’t the only sound being made in Wellington, nor even the predominant one. The Wellington Sound is a myth, created by journalists, just like the “Dunedin sound” all those years ago. Anyone who was there will tell you that early Dunedin bands such as The Chills, The Clean, The Verlaines, The Enemy and Bored Games actually had little in common, apart from great songwriting skills, frostbite, and a pervasive whiff of stale Speights.

So, it’s time to set the record straight. As Brian “I’m a Bishop because I say so” Tamaki would say, enough is enough. The “Wellington sound” stereotype must die. Alongside comrades such as Golden Axe, The Chandeliers, Phoenix Foundation, So So Modern, The Mysterious Tapeman, Charlie Ash, The Accelerants and a couple of dozen others, the musicians below all shun that slow-skanking soul sound yet find a ready audience in the city of politicians, public servants and persistently piss-poor weather…

Grant Smithies is New Zealand’s top music columnist, reviewer and critic. Writing for the national Sunday Star Times and reviewing music on Radio Live. He lives and breathes music and says he’s lost count of the number of international acts he’s spoken to from his Nelson home.

Tags: From the Archives