In every generation there is a chosen one. She alone will stand against the vampires, the demons and the forces of darkness. She is the slayer. ― Joss Whedon, Buffy the Vampire Slayer

Whilst the Hugo’s have long recognised dramatic presentations–indeed an award has been given since 1958–it was only in 2003 that the category was split into short form (less than 90 minutes) and long form (longer than 90 minutes) presentations. The first short form winner in 2003 was an episode of Buffy the Vampire Slayer called “Conversations with Dead People”.

Since its introduction, the short form presentation has attracted loads of attention as it often features some of the best TV and online series out there, as well as other forms. This year’s shortlist is no exception, with a range of exceptional series that highlight the rich diversity in this field. Many of the shortlisted presentations also originate from literary backgrounds. Below we list the nominees and related items in our collection. Enjoy!

Doctor Who has won more short form awards (six) than any other science fiction series. We have a wide selection of Doctor Who material in our libraries, in fact over 500 items. Click here for availability!

Overdrive: Did you know Doctor Who has her own short story collection? It’s called Star Tales, and it’s available here!

This series is based on the exceptional books by James S. A. Corey. James S. A. Corey is in turn the pen name used by collaborators Daniel Abraham and Ty Franck. Click here for the availability of Season One!

Catalogue: We also have all the books currently in print in The Expanse series.

The Good Place: “The Answer”

“The Answer” is one of the episodes from the fourth series of the fantasy comedy series. Click here to check the availability of the fourth season of The Good Place.

RBdigital: Did you know that RBdigital has several great film and television magazines, including Empire and Total Film? Download them for free–and keep them forever!

One of the fabulous episodes from the Star Wars spin off series, this particular episode is directed by New Zealander Taika Waititi. Again we have a vast range of Star Wars-related items available to borrow from our branches, as well as Taika Waititi’s other films such as Boy, Hunt for the Wilderpeople and Thor: Ragnarok. 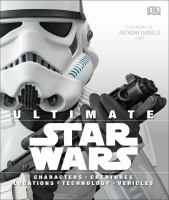 Watchmen: “A God Walks into a Bar” and “This Extraordinary Being”

These two nominations are from the same series which is loosely based on graphic novel legend Alan Moore’s work of the same name. Watchmen is often cited as one of the finest literary works published in the last 100 years. The BBC’s Nicholas Barber described it as “the moment comic books grew up”. The TV Mini series of Watchmen is on order and will be available soon.