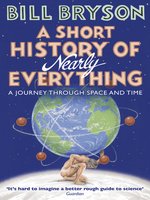 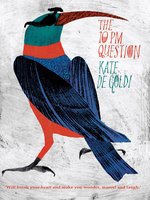 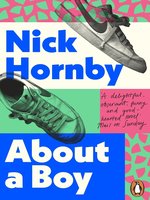 We’ve acquired over 1,600 eBook EPUB format titles from major publisher Macmillian across a number of genres and reading levels from popular authors.

Wondering how many you can borrow, and for how long?

(These limits may change depending on demand and availability)

These eBook titles are: To enjoy these new eBook titles on a mobile device download the newly upgraded BorrowBox app (see links below for iOS and Android). BorrowBox has been updated with new eBook reader software and is all ready for eBook downloads!

On desktop computers, you can download titles from our Bolinda website straight to Adobe Digital Editions, exactly as for our OverDrive eBooks.

We hope to have extensive help documentation up very soon, in the meantime, the links above can help, or if you’re still experiencing issues or wondering how to get started, contact us via our Technical Support form. We’re pleased to announce the arrival of BorrowBox – an opportunity for you to search, issue and download audio books from our Bolinda eAudio service directly to your Android tablet or smartphone, iPad or iPhone.

On the app you can check your account, reserve and download titles, or search or browse by subject directly. And the range is great – you’ll find compelling fiction by authors like Bryce Courtney and Kate Morton, the Twilight series and popular non-fiction – ready to be added to your device, listened to and enjoyed.

To add the free app to your smartphone or tablet, just visit either the Google Play or iTunes app store on your device. You may have noticed that we’ve made some changes to our issue periods and renewals. Happily for our eLibrary users, eBook and eAudio loan periods have been boosted to match books in print. All titles in our OverDrive and Bolinda collections can now be issued for 3 weeks! All of them are still absolutely free to borrow, with no overdue charges and free reserves.

Keep up to date with our new eBook and eAudio arrivals through the News Blog staff picks archive.

We now have a Bolinda Digital subscription, which means you can browse, borrow and download over 800 audiobook titles.

You’ll see that their strength is in Australasian publishing, including some NZ titles, but they also offer international best-sellers.  Similar to our Overdrive subscription, there are audiobooks for all ages available for download.

They are easy to borrow too – you don’t need to download them via special software.  Downloaded titles can be enjoyed on your computer (including Linux-based systems) or transferred to any mobile device capable of playing MP3 files e.g. iPod/ iPad, Sony Walkman, smartphone etc.

Want to know more?  Our eLibrary page has all the details.