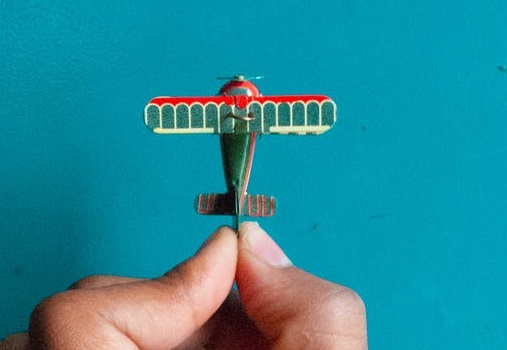 Flight and our ability to put ourselves up in the atmosphere is both an inspirational topic, but also one that can allow for such a mastery and level of skill that it intrigues expert hobbyists. If you are this hobbyist, the list of books below can help you take your hobbies to a new height, or even turn your abilities to a new challenge.

Whether your passion is constructing model plane kits, crafting your own radio control plane, drone photography or even model rockets — there’s something here for every flight hobbyist. And if you’d like to watch your plane taking off and gliding in the air, compete with  professional RC racers, or just find some like-minded flight enthusiasts, make sure to also visit the website of our local Wellington Model Aeroplane Club. 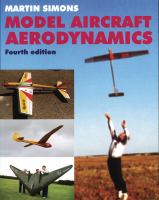 Model aircraft aerodynamics / Simons, Martin
“Presents standard aerodynamic theory, as applied to model flight, in a concise and practical form. An excellent introduction to aerodynamics not only for model flying enthusiasts but also for those concerned with full-scale light and ultralight aircraft and sailplanes, remotely piloted surveillance and research aircraft, wind surfers and land yachts, and the designers of wind turbines. Revised and updated to reflect significant developments in model aircraft. 4th ed.” (Catalogue)

Modelling scale aircraft / Green, Brett
“Brett Green, one of the hobby’s leading names, provides a comprehensive introduction to all of the basic techniques and materials needed to build scale aircraft, from opening the kit box to displaying the finished model, all in one clear and easy-to-follow expert guide. The many detailed photographs with step-by-step captions and the accessible and informative text cover every aspect of aircraft kit construction, from initial preparation through all stages of assembly to detailed finishing. This is an essential resource for any aviation modeller.” (Catalogue) 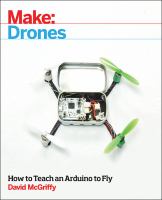 Drones : teach an Arduino to fly / McGriffy, David
“Make: Drones will help the widest possible audience understand how drones work by providing several DIY drone projects based on the world’s most popular robot controller-the Arduino. The information imparted in this book will show Makers how to build better drones and be better drone pilots, and incidentally it will have applications in almost any robotics project. Why Arduino? Makers know Arduinos and their accessories, they are widely available and inexpensive, and there is strong community support. Open source flight-control code is available for Arduino, and flying is the hook that makes it exciting, even magical, for so many people. Arduino is not only a powerful board in its own right, but it’s used as the controller of most inexpensive 3d printers, many desktop CNCs, and the majority of open source drone platforms.” (Catalogue)

Modelling the Focke-Wulf Fw 190 A, F and G / Coughlin, Geoff
“The Focke-Wulf Fw 190 is regarded as one of the best fighters of World War II. Designed by Kurt Tank, it first saw combat in the summer of 1941 and went on to be produced in several variants. It remains a hugely popular subject for aviation scale-modellers. This book, the first of two to cover the Fw190, provides a detailed, step-by-step guide to modelling the Fw 190’s A, F and G variants in 1/72, 1/48, and 1/32 scale. Key aspects such as creating mottled camouflage patterns, undercarriage and cockpit detailing, final weathering and finishing, and diorama bases to display your models are covered.” (Catalogue) 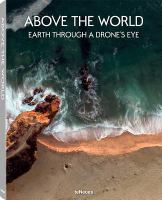 Above the world : earth through a drone’s eye.
“Very rarely does a new technology level a playing field in an art form, allowing unknown talents to share headlines with established artists. Drones are one of these great equalizers. With this book, we are shining a spotlight on some of the world’s best aerial photography. The subjects of those showcased range from a volcanic eruption to the abstract patterns of fish farms as seen from above, and from never-before-seen views of Patagonia to powerful impressions of the Cliffs of Moher in Ireland. Above the World is an ode to the beauty of the aerial image as it can be seen and captured by anyone. Let yourself be inspired.” (Adapted from Amazon.com) 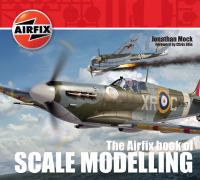 The Airfix book of scale modelling / Mock, Jonathan
“Produced in full collaboration with Airfix and Humbrol, this book explains how to build scale models to suit all levels of modelling skill. With full colour photography throughout, different kits in a range of scales are reviewed and evaluated, along with a comprehensive overview of the paints and accessories that are available.” (Catalogue) 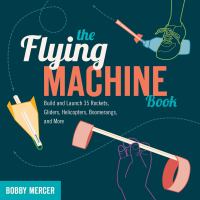 The flying machine book : build and launch 35 rockets, gliders, helicopters, boomerangs, and more / Mercer, Bobby
“Shows readers how to turn rubber bands, paper clips, straws, plastic bottles, and index cards into amazing, gravity-defying flyers. Each project contains a material list and detailed step-by-step instructions with photos. Mercer also includes explanations of the science behind each flyer, including concepts such as lift, thrust, and drag, the Bernoulli effect, and more”–Provided by publisher.” (Catalogue) 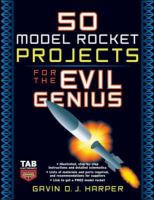