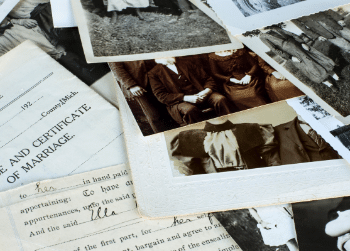 Ancestry Library is a research database for genealogists and family history enthusiasts that can help you trace your family history, with records from the US, UK, Ireland, Australia and New Zealand.

Normally only available in-person at our libraries, during the last year, with kind permission from the people at Ancestry and ProQuest, Wellington City Libraries’ cardholders have been able to access Ancestry from their own homes. This access was due to expire, but has now been extended until 31 December 2021.

Ancestry Library includes online access to historical births, deaths and marriages and electoral rolls, and you can follow all kinds of family history leads through scans of these documents and more.

Login to Ancestry Library with your library card details and get started tracing your family history today! You can also find more helpful links and advice on family history research on our Genealogy Topic Guide.

A word of warning — starting family research and the thrill of the hunt can be quite addictive, so be careful you don’t get lost chasing leads down too many rabbit holes! 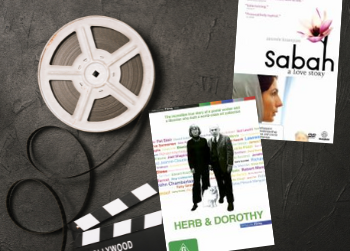 A selection of Staff Picks movies and documentaries from our website’s DVD pages; these films are all now available on the library’s two online streaming platforms, Beamafilm & Kanopy.

Herb & Dorothy – Beamafilm
You cannot dislike this. Herb is a postal worker, Dorothy is a librarian in New York City and they are art collectors – very serious contemporary art collectors. Who would think that this ordinary (and not cool) looking couple owned more than 4000 pieces of art works mostly minimal or conceptual arts? Amazingly these variable works are somehow stored in their cramped one room apartment where they live with turtles, goldfish and a cat. They have no proper ‘Art’ education, but when this couple face art works, their eyes start glowing and get very serious as if they are hunting dogs. Their collection became so significant it was gifted to the national Gallery of Art (so they are not for money). It is an obsessive passion but utterly charming. Above all, this is the story of this extraordinary couple who complement each other. (Shinji)

The white ribbon – Beamafilm
‘The White Ribbon’ is another subversive jewel in the aloof crown of Michael Haneke, disturbed creator of other choice picks Hidden, The piano teacher and the nicely bleak The seventh Continent. It’s shot beautifully in black and white, the acting is unobtrusively spot-on and the narrative offers gradual hints that build real force and tension. To complete the compellingly grim picture I must list the themes that make one squirm – the destruction of innocence, the abuse of parental power, fascism in its many forms, violence and death. ‘The White Ribbon’ creeps its way into your subconscious and despite your best mental efforts, lingers. Scene by scene, I had the strong sense that I was involved in something significant. You may want to watch this film again. (Monty)

Scott Walker: 30 century man – Beamafilm
I enjoy music docos and have recently found a new stash of them at the end of the CD aisles under ‘Music Biographies’. There are some goodies there, one of which is this excellent film about Scott Walker. The penny finally dropped for me as to why he is considered by so many to be a living legend. His journey from 60’s pop icon, as one of the Walker Brothers, to reclusive avant-garde sound sculptor is explored and held together with excerpts from Walker’s first agreed to interview in thirty years. This is a peek inside the creative mind and it is fascinating to glimpse, amongst other things, the humour that accompanies the creation of such intense songwriting – that is if you happen to agree with Walker that his creations can actually be called songs. (John)

END_OF_DOCUMENT_TOKEN_TO_BE_REPLACED 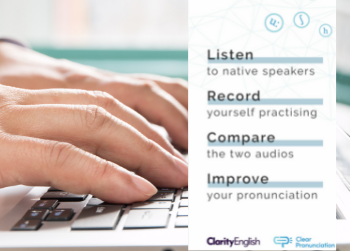 Our newest online learning resource, Clear Pronunciation, helps you learn all the 43 sounds of English. Take a look at the sounds by themselves, in words, and in sentences – listen, practise, compare, and improve. Through audio and video clips, activities and assessments, you will listen to English speakers with a variety of accents in everyday situations and conversations.

Take a look at the introductory video below. A preview of what is to come! Start learning with Clear Pronunciation to speak clearly with confidence.