Having been to see the wonderful Studio Ghibli documentary (Kingdom of Dreams and Madness) and the gorgeous Tale of Princess Kaguya, I thought I would share some of the neat Studio Ghibli content that is in our libraries.

Studio Ghibli : the films of Hayao Miyazaki and Isao Takahata / Colin Odell & Michelle Le Blanc.
“The animations of Japan’s Studio Ghibli are amongst the highest regarded in the movie industry. Their delightful films rank alongside the most popular non-English language films ever made, with each new eagerly-anticipated release a guaranteed box-office smash. Yet this highly profitable studio has remained fiercely independent, producing a stream of imaginative and individual animations. The studio’s founders, long-time animators Isao Takahata and Hayao Miyazaki, have created timeless masterpieces. Although their films are distinctly Japanese their themes are universal–humanity, community, and a love for the environment. No other film studio, animation or otherwise, comes close to matching Ghibli for pure cinematic experience. All their major works are examined here, as well the early output of Hayao Miyazaki and Isao Takahata, exploring the cultural and thematic threads that bind these films together.” (Syndetics summary)

Arrietty [videorecording].
“In a secret world hidden beneath the floorboards, little people called Borrowers live quietly among us. But when tenacious and tiny Arrietty is discovered by Shawn, a human boy, their secret and forbidden friendship blossoms into an extraordinary adventure.” (Syndetics summary)

Princess Mononoke [videorecording] / produced by Toshio Suzuki ; directed by Hayao Miyazaki.
“A young warrior searching for a cure for a deadly curse becomes entangled in a battle between a clan of humans and the forest’s animal gods.” (Syndetics summary)

Howl’s moving castle [videorecording] / Tokuma Shoten, Studio Ghibli, Nippon Television Network, Dentsu, Buena Vista Home Entertainment, Mitsubishi and Toho present a Studio Ghibli production ; a film by Hayao Miyazaki.
“Sophie, an average teenage girl working in a hat shop, finds her life thrown into turmoil when she is literally swept off her feet by handsome but mysterious wizard named Howl. After this chance meeting she is turned into a 90-year old woman by the vain and conniving Witch of the Waste. Embarking on an incredible adventure to lift the curse, she finds refuge in Howl’s magical moving castle where she becomes acquainted with Markl, Howl’s apprentice, and a hot-headed fire demon named Calcifer. As the true power of Howl’s wizardy is revealed, and his relationship with Sophie deepens, our young grey heroine finds herself fighting to protect them both from a dangerous war of society that threatens their world”–Container.

The cat returns [videorecording] / a film by Hiroyuki Morita.
“A young girl rescues a mysterious cat from traffic and soon finds herself the unwelcome recipient of gifts and favors from the King of the Cats, who also wants her to marry his son, Prince Lune. With the assistance of a fat, grouchy real cat and a an elegant cat statuette come to life (both characters featured in Studio Ghibli’s earlier anime “Whisper of the Heart”), the girl visits the Cat Kingdom and narrowly escapes again.” (Syndetics summary)

From up on Poppy Hill [videorecording] / a Studio Ghibli production. “A high school love story in the year before the 1964 Tokyo Summer Olympics as Japan begins to pick itself up from the devastation of World War II. A new generation struggles to move towards a prosperous future whilst trying not to lose the essence of their past. Capturing the beauty of Yokohama harbour, Umi and Shun’s budding romance develops as they join forces to save their high school’s ramshackle clubhouse from demolition.” (Books in Print)

Kiki’s delivery service [videorecording] / a film by Hayao Miyazaki.
“A young witch, on her mandatory year of independent life, finds fitting into a new community difficult while she supports herself by running an air courier service.” (Syndetics summary)

When Marnie was there. This is the most recent movie from Studio Ghibli, based on the book of the same name by Joan Robinson. Hopefully it will make its way to New Zealand shores, but until then, you can watch the full trailer (in Japanese).

Ronia, the robber’s daughter / Astrid Lindgren ; translated by Patricia Crompton.
“Ronia, who lives with her father and his band of robbers in a castle in the woods, causes trouble when she befriends the son of a rival robber chieftain.” (Syndetics summary) Ronia the Robber’s Daughter is Studio Ghibli’s first foray into television. The animated series based on the book of the same name will begin airing in Japan soon. I loved this book as a child, so while we wait for this to be released in New Zealand, you can watch the first footage here. 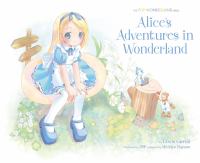