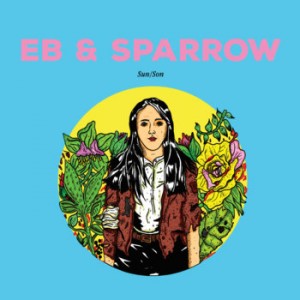 With an edge that harks back to old time jazz and blues singers’ Ebony Lamb of Eb & Sparrow has led her band of talented men on a musical journey that began in 2010. Eb & Sparrow is a genre-defying, five-piece folk band that has been gaining attention across the country from city bars to folk clubs, festivals to house concerts. Lamb has worked tirelessly at her craft with a band that has grown organically around her. Lap-steel, trumpet and electric guitars swirl colourfully above solid and sensitive rhythm playing, moving effortlessly between a country shuffle, a Tex-Mex croon, and a hazy hooning workout. They have supported Rodriguez, Pokey LaFarge, Beth Orton, Wagons, Delaney Davidson & Marlon Williams, The Warratahs, Anika Moa, Tami Neilson, and Aldous Harding.

Eb & Sparrow’s debut 2014 album was self-titled, self-released and self-assured. The 10 song collection was built on – but far exceeds – their three preceding EPs as it takes the band’s paradoxically woven nature to new heights. These songs are proudly soaring and grounded, dark and bright, dreamy and direct, country and Spanish, 1850s and 1950s, delicate and propulsive, all the while lamenting and laughing. 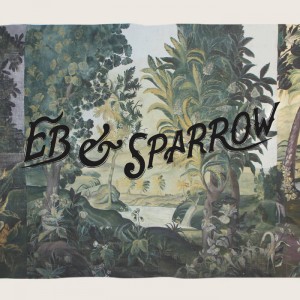 “In these post-modem times, it’s easy to be suspicious of throwback folk music with vaudeville era aesthetics. Eb & Sparrow suggest not a yearning for an imagined brighter past, but a desire to participate in a simpler, more humanistic way of life.” – Martyn Pepperell, Vanguard Red Magazine. 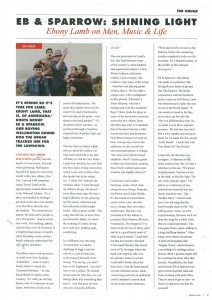 [Transcript]
EB & SPARROW – SUN/S0N (DEADBEAT)
Continuing their journey into the depths of Americana, Wellington outﬁt Eb and Sparrow continue with Sun/Son – a reference to the many men in Singer Ebony Lamb’s life – father, bandmates, lovers – and to enlightenment, to
coming out of the darkness. It’s a solid collection of alt-country: holidays in the Rhododendron Capital (‘Kimbolton’), tumble- weed loneliness (‘I Want You’), challenges to masculinity (‘Coward Son’), meandering contemplations (‘A Mighty Wind’) and the occasional deep-dive wig-out (‘Mother Mary’). The striking, upbeat cover by Grimoire is a bright juxtaposition to Lamb’s brooding vocals and her band’s understated, often achingly soulful playing, authenticated by a vintage Selmer ampliﬁer which slightly distorts these ﬁnely crafted tunes, making an album that-sits well on the turntable and even better amongst the straw on a bar room ﬂoor. TIM GRUAR