The Eighth Note: The New Things

The Eighth Note is 8 quick Questions with Wellington Musicians. A chance for us to catch up with people & see what they’re up to, or introduce you to a new musician/band and their music. Up next are Tina & Jason from Paekākāriki band The New Things. 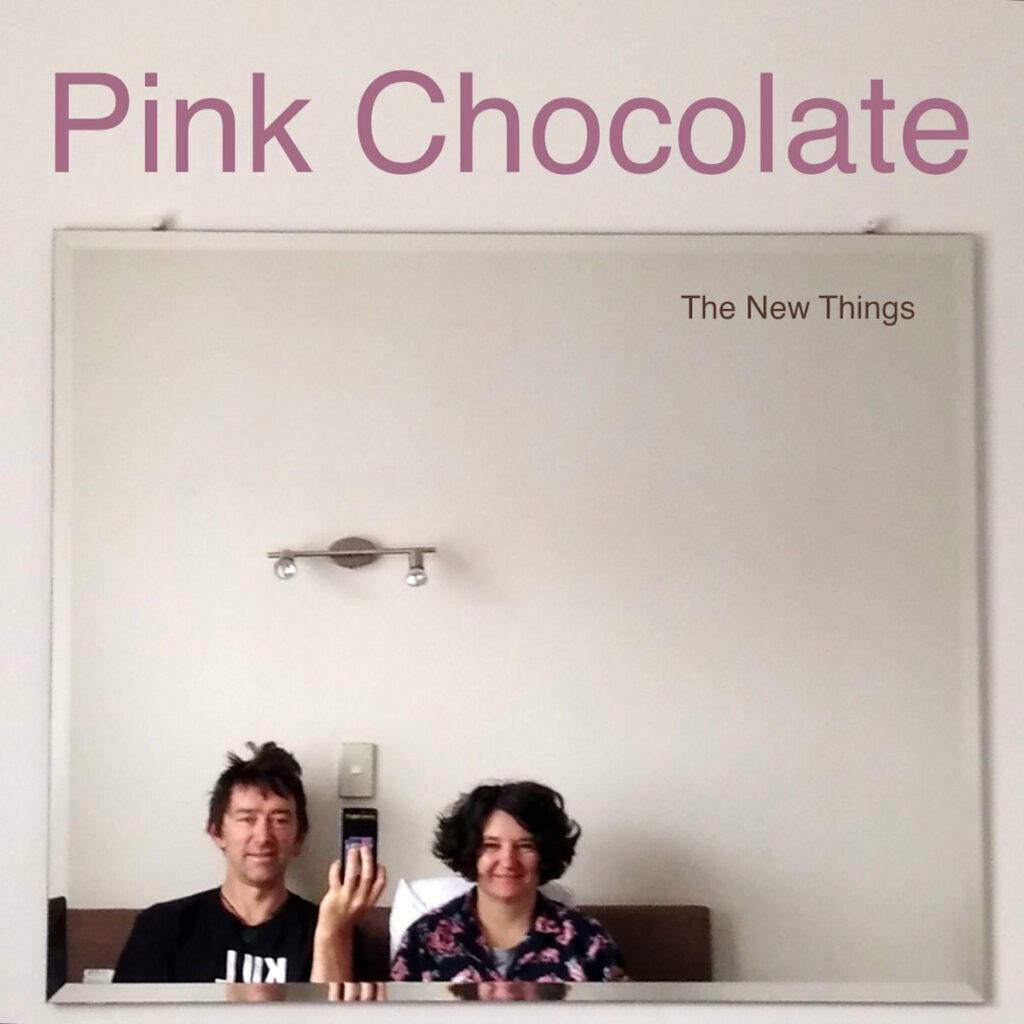 Who are you? Tell us a bit about your music:
We are ‘The New Things’. We are Tina McIvor and Jason Tamihana-Bryce, and whatever rhythm section we can scrape together – although we are trying to train a regular stable of hired sportsmen. We DIY produce indie-pop, crush songs, weird musings, and baseless libel, direct from surf suburb, Paekākāriki. We released an EP in April, called Pink Chocolate, and the song Vintage Nerd hit No1 on Bfm during NZ Musc Month. RNZ music reviewer, Grant Smithies, called the EP “ace rickety guitar pop like The Raincoats” with an “endearing spindliness”.

What have you been working on lately? Any new tracks or albums on the way?
We have made the first demo for continued production of the album to follow ‘Pink Chocolate’. The song is called ‘I’m Not There’ and is a speak-back to ‘She’s Not There’ by The Zombies. We start with a drum machine to get the tempo map right, then add scratch tracks for guitar and vocals. Everything will be replaced by the time the production is complete. We are working on about four energetically similar songs at once all at the same time (I’m Not There, Mountjoy, I Dreamed I Saw Helen Kelly, Day Core), so that we can maintain the tone and similarity of process, lending more consistency to the compleed album.

Where is the best place people can follow you & find your music?
Bandcamp.

What were the 3 most influential albums to you growing up?
Tina: Jonathan Richmond and The Modern Lovers (eponymous), Kate Bush (a best-of), The Velvet Underground (a best-of)
Jason: Speaking In Tongues (Talking Heads), Evol (Sonic Youth), Rid Of Me (PJHarvey).

Which other Wellington musician (s) would you most like to work with?
Ingrid and the Ministers, Mr Sterile Assembly, Soft Plastics, Kosm0, Unsanitary Napkin.

What’s your favourite Wellington venue to play in?
Eyegum at the San Fran, cos they’re cool, inclusive, punctual, and they pay enough to cover gas and food for the night.

In your songwriting or composing (or the band’s songwriting) how do the compositions and songs take shape?
One of us comes up with a basic lyrical and musical idea and perhaps a structure, and brings it to the other, then we try to play it together until we understand it and it has a finished shape, that supports the original lyrical idea.

Where/when is your next gig?
At a secret location house party on August 6 (waxing gibbous moon).