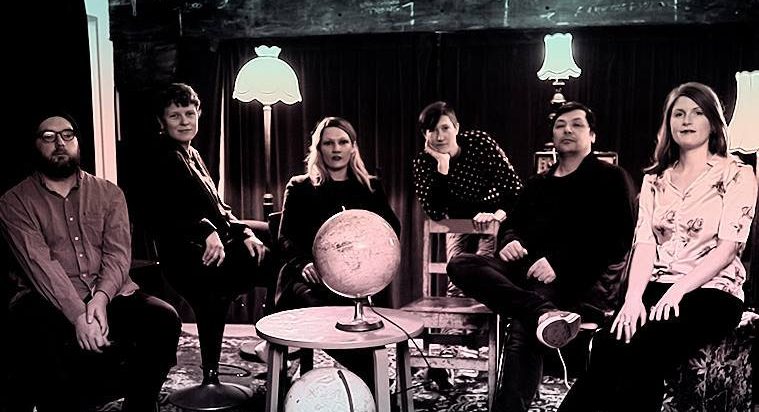 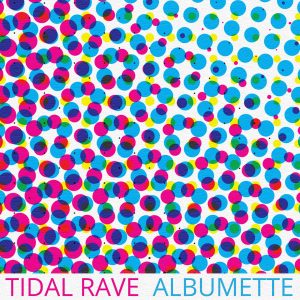 ‘New Album’ is where a band or artist answers some questions about their latest release. Up next are Anne-Marie, Emmie, Frank & Kristen from Tidal Rave, who recently released their 2nd full length album “Albumette”.

When/where was the new album recorded?
Albumette was recorded at the Surgery, in Newtown, Wellington, November 2020. Ann-Marie (Keating) our keyboardist and one of the songwriters was pregnant and close to heading on a baby hiatus, plus we had a bunch of songs, so we just went for it.

Who produced/engineered the album? How did the tracks come together in the studio, or at home
Our recording at the Surgery studio ended up a very Covid-centric experience! Emmie Ellis (guitarist/vocalist/songwriter) couldn’t make day one, because she was waiting for a covid test to come back. Lee Prebble recorded the other five of us on the first day, but he woke up the next day with a cough and had to get tested for Covid, he couldn’t record the next two days. Andrew Downes stepped in and finished our tracks off, which Emmie could do as her test came back negative. Lee Prebble and Tidal Rave mixed the album over the next few months. Most tracks took two or three takes and we had them. We spent most of 2020 practising and jamming new tunes.

How did the songwriting happen? Are there any overall themes within the songs/album?
There were four songwriters on Albumette. We’d bring in a rough structure of melody and chords, then the band would work together to fill the song out gradually and the arrangement would fall into place through workshopping. Some of the songs were written during the first lockdown in Aotearoa. One theme is ‘disconnection and in-betweenness’ – feeling between different worlds (eg. before/after lockdown). So disconnection and adjustment, also possibilities and transcendence (eg Limmy). Another song explores our writers’ thoughts on exploitative capitalism’s presence in Aotearoa and beyond (Banana). And of course there are the inescapable themes – love and heartbreak.

Were you going for a different sound/approach on this album?
Approach-wise we were really keen to have played our recording songs as much as we could live before recording them. The idea was to help them settle and solidify into the forms we were happier with, iron out the kinks etc. It was also exciting and refreshing to record in a new recording location. Sound-wise I’d say we spent more time on ensuring we were happy with what we wanted from the mixing and mastering. These are processes we seem to learn a lot from each time.

Was there any specific gear you used to capture that?
Lee has an amazing set-up at the surgery so we had the opportunity to experiment with different mics and running instruments and vocals through different analogue gear.

Is there a particular single/track that you feel captures the essence of the album?
For me (Ann-Marie) it’d be Knots. To me, it captures a grunty rhythm section, hypnotic layered guitars, with a sprinkle of keys and backing vox. Emmie’s lyrics I think echo the idea of ‘tension and release’ you’ll find in the album, across and within the songs.

Is there a physical copy available? If not which digital platforms is it available on?
We’d heard that the global covid situation was causing supply issues for CD and Vinyl, and that radio stations and reviewers were preferring digital to reduce their risk from handling. So, our release is all digital. You can buy the digital album on Bandcamp, and it is available to stream on Bandcamp and Spotify.

Are you working on a video/videos for any of the songs? Are you doing any gigs or promotion for its release?
We have our video for our single ‘Banana’. It was a total blast to film. Also, it was really fun collecting all of the 60s props (a community effort!). We will hopefully have a music video for our instrumental track ‘Surf’s Down’ out soon. We had a nationwide tour scheduled and managed to get our tour started in Raglan and Tamaki Makaurau, however, it looks fairly likely the rest of the tour will have to wait until after lockdown. So watch this space! We can’t wait to get back and play some more gigs around Whangnui-a-Tara and Aotearoa.