For NZ Music Month the last couple of years, we asked bands/artists for a favourite memory of making music in Wellington.

It could involve a favourite gig, a funny story from the recording studio, a moment that led to the inspiration for a song, the fond recollection of a defunct venue, or the piece of music or lyric that they were most proud of creating.

We really enjoyed the stories people told us, so we are doing it again this year.

Next up is Daniel McClelland. Daniel McClelland is a multi-instrumentalist composer. He self-recorded his debut album, Anxious Heart, in 2016 in New York, NY. The album sounds like “Michael Jackson’s drums, with Nirvana’s guitar, and The Beach Boys’ harmonies.” McClelland played every instrument himself, and sung every vocal part. Anxious Heart received acclaim upon release, and is a finalist for the 2018 Auckland Live Best Independent Debut award. In a previous life, Daniel performed musical comedy in Wellington, New Zealand. He played in Wellington’s Fringe Festival and Comedy Festival, and was an opening act for Flight Of The Conchords.

Way back in the midsts of time – specifically, 2001 – Peter Jackson needed to debut 20 minutes of The Fellowship of the Ring at the Cannes Film Festival. The soundtrack was to be recorded in Wellington, and it required a world-class orchestra and choir. Luckily we had the NZSO at the ready, but that still required a choir. One was hand-picked from people everywhere throughout the Wellington region. At the age of 15, I was a pretty competent Alto, and I somehow ended up belting out Dwarvish choral parts in the Wellington Town Hall. To add extra heft to the chanting, a bunch of local rugby players were brought in, directed to belt out gutteral “hoooohgh” moment. A soprano, Mabel Faletolu, was flown up to solo a lament. Together, we sung throughout the Mines of Moria sequence, right through to after Gandalf’s death.

There’s something special about the Town Hall’s acoustics, and it added a ghostly reverb to our singing that fit the scene perfectly. The best part for me though (aside from meeting Sir Ian McKellen, who literally said “I’m in this movie you know” to me) was getting to see 20 minutes of the film before the rest of the world. From the moment the cave troll was introduced, we knew ahead of everyone else that this series would be a monster hit. It felt like being part of a little piece of history, and somehow they trusted us to even get into the control room to watch them mix. It was a special time to be in Wellington, and a huge privilege to get to sing on the soundtrack of a universally beloved movie. As a teenager obsessed with sci-fi and fantasy, it was pretty special to see the novel unfold onscreen. As a musician, my eyes and ears were opened to what was possible with a large amount of effort and money!

Here’s a still from the behind the scenes doc, in a now-rare shot of me without a beard. 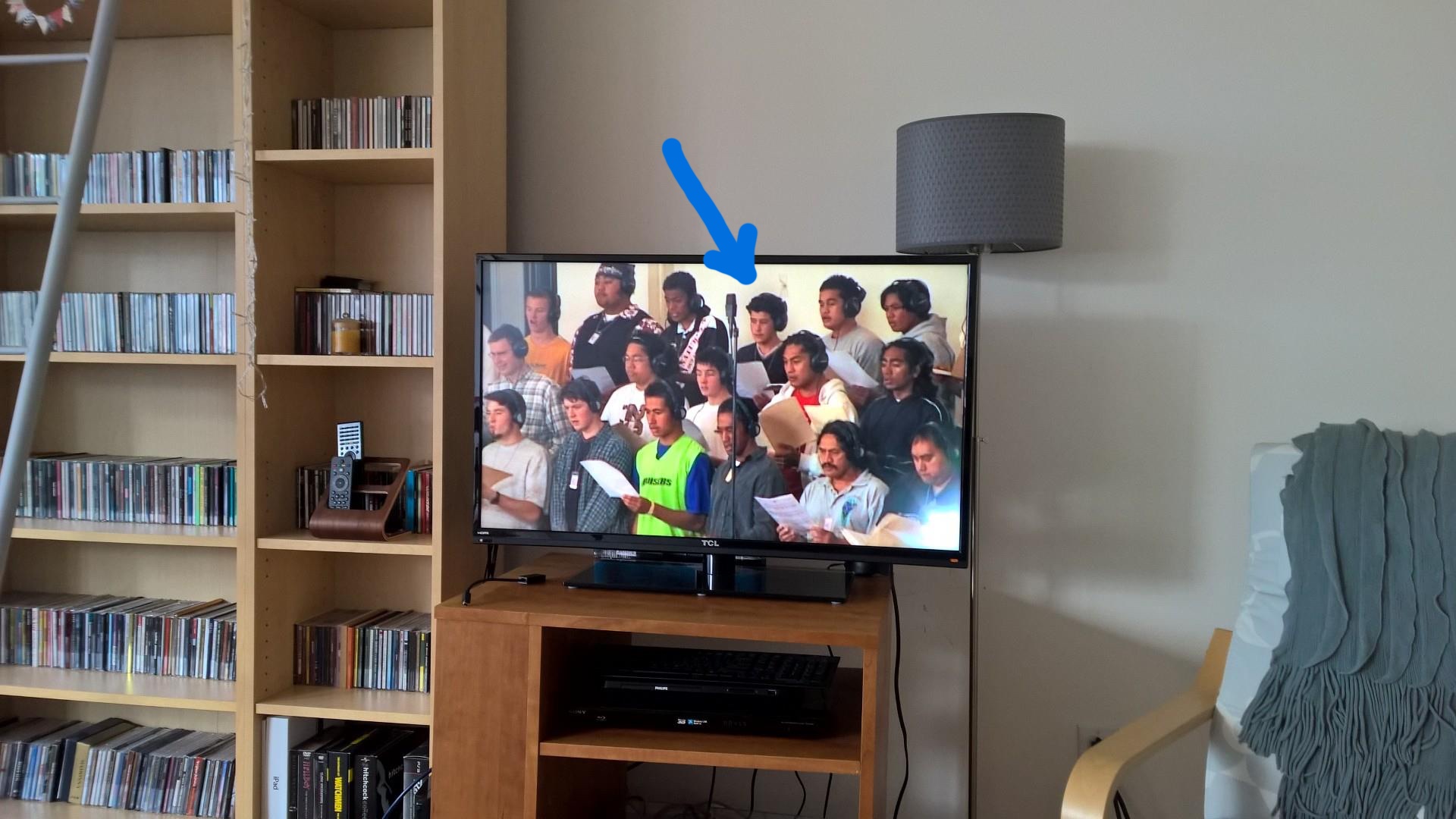