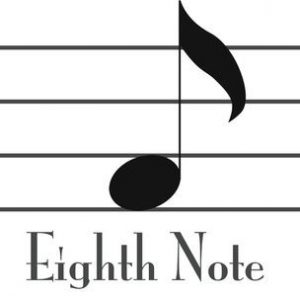 Who are you? Tell us a bit about your music:
An observer, of upheaval and violence, of peace and love, of this crazy time in history and the mass transition from labourer to creator. I’m lucky enough to live at a time and in a place where making music is a viable occupation, as long as you don’t want a house. My music comes hopefully from the heart, from my own experience. Travel and exposure to unfamiliar cultures and languages, the world of art. Any expression of life and the understanding that you are alive with no purpose. Trying to figure out how it works anyway. The history of science. The arrogance of man. Or women and parties. They tend to be the good songs anyway.

Wellington is a great place to play music. It is small and no musical niche can support a person, so everyone has to play everything. In the last month I have played the blues with Darren Watson, intergalactic ska with Battle-ska Galactica, throw back honkytonk with the Roseneath Centennial Ragtime Band, Balkan brass dance party with Niko Ne Zna, performed a live soundtrack to a silent 1922 horror film, and my personal favourite, psychedelic synth stomp blues with the Three Rays.

The common theme is communication. All of the music I am involved with is a conversation between the musicians, the interaction is what makes it interesting to me.

What have you been working on lately? Any new tracks or albums on the way?
Three Rays has an album in the pipeline, the first for Three Rays. I have spent the last few weeks in my cupboard slash vocal booth working on overdubs. Imagine standing outside my apartment and hearing someone alternate between shouting, falsetto and yelps, and that’s about right. I am excited for this album as I think we have something truly original to offer, and the quality is top rate. Darren and Tyson are both mythical musical beasts, famous for not holding back, so there is a lot of raw energy coming through. We did a lot of the tracking in an organic way too, no click, just three grown men in a room making a lot of noise with their favourite toys. Follow Three Rays on the FB for updates…

Where is the best place people can follow you & find your music?
Find me on FB for the up to date feed on gigs and recordings. I have to admit I don’t have a lot of love for keeping up pages. Check out Niko Ne Zna and Miles Calder on bandcamp.com, have a listen to hermajestynycmusic.com, watch the Roseneath Centennial Ragtime Band on YouTube.

What were the 3 most influential albums to you growing up?
AEnema, Blood Sugar Sex Magik, and Nevermind. What a 90’s kid ay! Dad’s records played a supporting role i.e. Elton John, John Cage, David Bowie, and the entire English brass band catalogue.

Which other Wellington musician (s) would you most like to work with?
Well, these two examples are contrasting but they have both been inspiring this year: Jeff Henderson for his jazz festival piece and for ruthlessly pushing the boundary, and The Nudge for their recent album, the dark arts.

What’s your favourite Wellington venue to play in?
My favourite shows are house parties. Or any party, could be at a hall or in the bush, but when you leave formal venues everyone opens up. The intimacy of small gigs is great too, you can have a more honest connection with your audience. The best sound is on the smallest gigs too, PA systems rob you of some subtlety. In saying that, there are some great Wellington venues. San Fran is a gem, and the Rogue is like a second home for me and most of Wellington’s musical family.

In your songwriting or composing (or the band’s songwriting) how do the compositions and songs take shape?
With reckless abandon! I don’t have a set process, songs seem to form themselves on their own terms. For Rabbit Hole on Niko Ne Zna’s album Babushka’s Balkan Banquet (say ten times quickly), I notated the piece in its entirety. For Three Rays songs, I have a lyric structure and then the song develops through performance and hopefully never stops changing. Sometimes I start by dancing. Ideas can come when I walk, and when I sleep. An idea may be specific and subtle such as an accent on a certain lyric, or broad and abstract, such as a shape or colour.

Where/when is your next gig?
I’m excited for Three Rays at Caroline October 20, with Little Cow, Little Calf. Alternatively, find me on the FB and you’ll get to see all my shows!