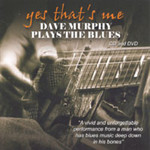 Tell us a little about who you are and what you do.
I’m a finger picker, that’s what I do. And I’ve been doing it about 40 odd years. I play in an old time blues style with strong elements of country music. I play with thumb picks, not flat picks. That’s because I had a car accident in 1992. It was quite a severe accident. I smashed my right hand up and I have no knuckle here anymore, or at least it’s completely depressed (into his right hand). It all works ok now, although the thing is I can’t hold a flat pick anymore…it just wants to fly off when I’m playing. So, I thought that I should use the accident as a positive and just play with thumb and fingers. I’ve learnt that you need to turn the tragedies into triumphs, and that’s the way you’ll get on in life.

Who have been your influences?
Merle Travis is a big influence on me, more so than Chet Atkins. Chet is quite precise but I’m quite sloppy (laughs). Those are just two influences. Mississippi John Hurt and the guys who play alternating bass note style. I play slide as well and I’m influenced by Robert Johnson, Fred McDowell to a degree and lots of other pre-war (WW2) guitar players.

Who is a player from the past twenty years who’s playing you like?
There are many. Roy Rogers is one. You don’t hear much about him these days. Phil Wiggins. Notably someone who is really, really good who I just cottoned on to when he came out here was Blind Boy Paxton. He’s a really good player. He plays in the Piedmont style and he really has the Blind Blake thing down.

What have you been working on lately? Any new tracks or albums on the way?
There probably will be. I’ve just finished as a gardener at Wellington Botanic Gardens and now I have some irons in the fire. It’s pretty exciting. I’m hoping to work with Hammond organ player Bob Smith. I just a gift really, because he is just so good! I’ll probably play electric guitar when I work with him, although my style of playing doesn’t change when I move onto electric (guitar).

Where is the best place in town we can hear you play?
I have a residency at Memphis Bell on Sundays from 12.30 – 3pm. They let me do what I want to do there and are very supportive.

Who are some Wellington based musicians you like to work with?
Marg Layton. Darren Watson. Chris Amour. Bob Cooper Grundy. Dougal Spier.

What were three influential albums when you were growing up?
Sgt Peppers – The Beatles
Not Till Tomorrow – Ralph McTowel
Wish You Were Here – Pink Floyd
I started off exploring folk guitar, not blues. I went to London in the early 1980’s and met all these guys. The folk scene was very strong and all these guys were still playing. The folk scene was just amazing back in those days. I met Davy Graham and many of the folk guitar greats. Just about all those guys were very approachable and very humble. That’s a thing about all those good players, is that it’s a gift they have that they want to share. Not “I’ve worked hard for this and don’t take it off me.” Because it is, everything is a gift really. If you’ve got the gift you’ve got to explore it, but the really good players are extremely humble.

You can listen to Dave Murphy’s album ‘Yes, That’s Me’ here.