Summer has officially finished but this March we are being blessed in Wellington with fantastic weather and a fully packed season of music festivals. Here’s a blurb from the Coastella Music Festival website. 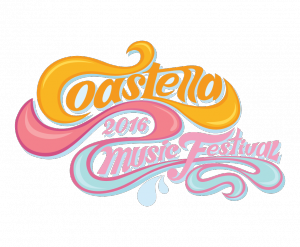 “All roads are leading to Kapiti with the announcement of the Coastella International Music Festival happening this Easter and celebrating the sunny coastline as a vibrant cultural hotspot, thanks to a line up of international musical performances, local food, produce, craft beer and wine. The day-long, family-friendly festival will host more than thirteen bands on three stages on Easter Saturday within the spectacular grounds and natural amphitheatre of the Southward Car Museum, just north of Paraparaumu.”

After his set Al Fraser will take his taonga pūoro and join Brazillian group MōrenaDub who are from Salvador, Brazil and play Bossa Nova, Rap, Hip Hop and Tropicália, creating a new and unique music style which they call ‘BossaDub’

Other international acts include Noelie McDonnell from Ireland who in 2008 won hearts all over Ireland with his Irish chart topping single, ‘Nearly Four’. Noelie’s album ‘Beyond hard places’ was hailed by New York Post ‘ as a startlingly good new Irish talent’. Also from abroad, this time Australia are Sex on Toast who are an irrepressibly charming eight man organisation who specialise in raw early 80’s funk, hard-edged new jack swing, blazing improvisation and heartfelt blue-eyed soul.

The Coastella Music Festival 2016 is shaping up to be a fantastic place to spend Easter Saturday with it being family friendly and so close to Wellington and central to most places on the Kapiti Coast.

More information on the Coastella Festival can be found on their website, including Ticket & Transport information.