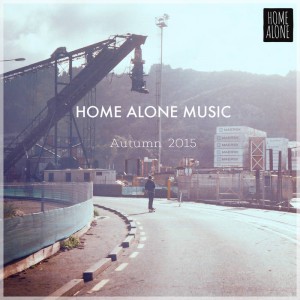 Timothy Blackman released his first solo album Giraffes, Wharves And Sinking Sand in 2006 & since then has operated independent record label Homealonemusic, which has become the home for successful local & international acts such as French For Rabbits, Eb & Sparrow, City Oh Sigh, Urbantramper/Lake South, Fraser Ross & Timothy Blackman himself. We caught up with Tim recently to ask him a few questions about how Homealone came to be and how it all works…

You released ‘Giraffes, Wharves and Sinking Sand’ yourself & then decided to form the ‘Home Alone’ musical label/collective, which you now co-run. Is that correct?
I started Home Alone Music in 2006 for the release of my first solo EP. I was really into Daniel Johnston and Jandek at the time, both of whom had their own record labels, so it made sense that I would do the same thing.

How did each of the artists come to be involved with Home Alone? Is it a case of people you’ve known & played with before, or local groups you felt shared similar aims & approaches to making music?
I met Kate Uhe (of City of Sigh) in 2010 when we played a show together. I was really getting into what her band was doing. Kate and I both had an appreciation for the same type of music too. I asked if City Oh Sigh wanted to release their EP (Like a Light) on Home Alone Music and Kate thought it was a fun idea, so that’s what we did. We worked pretty hard promoting that EP and took it on a little tour, in which I was the support act.
French for Rabbits got involved in late 2011 for the release of their Claimed by the Sea EP (which came out in early 2012). Kate Uhe had been doing some vocals for the EP. I had met Brooke when she was in her previous band the Raggamuffin Children too. The albums from Urbantramper, Lake South, Fraser Ross and Eb and Sparrow happened because either Kate, Brooke or myself had played on their records or were already good musical friends.

Are you looking at expanding the artist roster in the future, or do you just want to be a certain size?
We like being small. We are keen to bring more new bands/acts into the collective, but we are in no rush to make it happen. 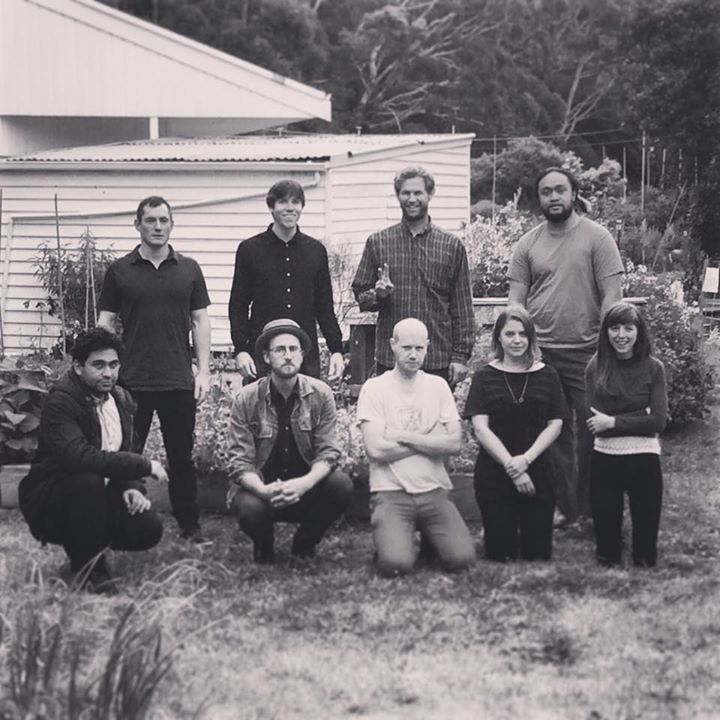 Some of the bands on the label, like French For Rabbits, have developed an overseas following, as they toured Europe recently. How do you balance both international & local promotion & touring?
Basically all the artists work on their own promotion and booking (including all costs), but all of the bands are available to help one another when needed. We are not a business, but we do collaborate together – or more lend a helping hand. For example, when French for Rabbits are on tour I occasionally assist with some of the promotion stuff they might normally manage on their own. French for Rabbits also have a booking agent in Europe and a record label in the USA who both help out with promotion and touring outside of New Zealand.

Do you want to talk a bit about digital music in general? All of the Home Alone artists are on Bandcamp and Spotify. Do you think it’s more difficult now for bands to get attention or easier, given the huge amount of music on Bandcamp for example?
We have our digital files on all the different streaming services. Bandcamp and Spotify both work well for all the home alone bands. In many ways the internet (bandcamp etc) has allowed us to be heard by a greater audience, rather than not be heard. 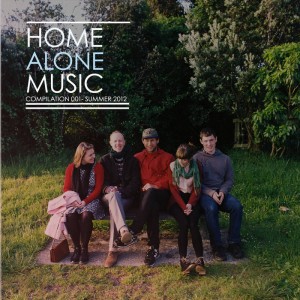 Vinyl has had a big resurgence recently. Do you still see the need for putting out physical formats? Some people (and places like Libraries) still prefer CDs, and you also do cassettes for some releases. How do you strike a balance between those formats?
I guess we are firm believers in the concept of the ‘most appropriate technology’. The new Lake South single (Binge Drinking and D.H Lawrence) was released as a free download because Lake couldn’t see people wanting to buy a physical CD/Cassette for just one song. However, it made sense for Fraser Ross to do a CD of his 2015 album Mongrels because he was doing lots of shows and needed something for the merch table. We haven’t really done too many record pressings in the past, but moving forward we will do so if it seems like a good idea.

Do you want to talk a bit about the recent Home Alone Compilation, ‘Autumn 2015’? You had done one of these previously in 2012, so is the idea to just gather up some ‘rare’ tracks that have accrued along the way? The roster for this release includes some bands that are not part of the Home Alone family? How did that come to pass?
The first compilation album in 2012 (Summer) was actually songs from our most recent albums. However, Autumn 2015 was a collection of unreleased songs and live takes that had not been previously released from the seven Home Alone Music acts. We got in a few friends bands (Glass Vaults, Womb and Oscar Doorne) because we thought it seemed like a good idea to bring a few more songs into the mix. We released these albums as a free download because we thought it would help them be shared with a wider audience.

Lastly can you tell us a bit about what’s happening for Homealone in 2016? What releases & tours can we look forward to?
We are really excited about our 10 year anniversary celebrations which will be happening around June/July in Wellington. We also have some special recording projects which we hope to share later in the year. Keep your eye here for more details.