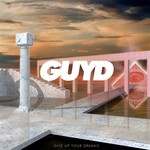 Give up your dreams / The Phoenix Foundation.
GUYD is an almost entirely different beast than the sprawling double album that was 2013’s Fandango. The synths are pushed to the front as the sound is shaped around new drummer Chris O’Connor & bassist Tim Callwood. Fun and playful, the sound feels contemporary on some tracks & nostalgic on others, with shimmering arrangements & propulsive rhythms. Plenty of dry humour undercuts the upbeat funky-space meandering (‘Now we’re older, are we even part of the scene?’) culminating in the great title track, which moves from cynicism to life affirming shout out. Buy it here. Watch the video for ‘Mountain’ here. Read some reviews here.

In the shallows.
Sometimes an album arrives that just seems to have everything going for it: Great song-writing, amazing vocals, fantastic production…Nicole Andrews is a Portland transplant making her home in the capital, where her debut was recorded. You can really hear the length of time spent honing the lyrics & arrangements until the beautifully rich piano driven songs really shine. Reuben Bradley arranged the strings on one track, David Long (The Mutton Birds) plays guitar, and Thomas Voyce (Rhombus) helms the synth programming on a track. Tori Amos is an obvious starting point but the piano, organ and vocals are all run through various distortions at some point, so there’s a lot happening musically with many other guitar driven influences at play. Best tracks: ‘Happiness’ & ‘Cold hearted Beast’. Buy it here. Watch the video for ‘Whisper’ here. Read our interview with Nicole here. 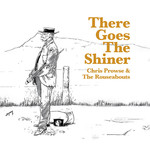 There goes The Shiner / Chris Prowse & The Rouseabouts.
As a follow up to his 2009 Tui award winning album Trouble On the Waterfront, guitarist Chris Prowse, with the help of The Rouseabouts, presents an album of original songs and instrumentals inspired by John A Lee’s book about rouseabout Edmond (Ned) Slattery known as “The Shiner”, who was part of the pioneer history of Otago and Canterbury. Folky/jazzy, atmospheric tunes that call forth pioneering days of gold rushes, swagmen, remittance men, and a love of wandering the rough native lands. Nostalgic without being sentimental. Features some nice lead vocals from Bill Hickman on ‘City Of Calico’, Eva Prowse ‘Sons And Daughters’, and Marg Layton on ‘Starlight Hotel’. ‘Good Old Times’ with vocals from Mark Westerby & some lovely guitar work from Prowse stands out. Buy it here. 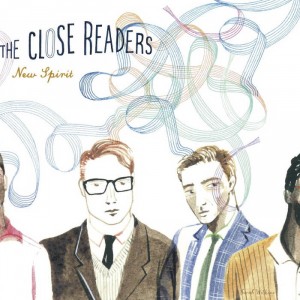 New spirit / The Close Readers.
Second album from the musical collective of Wellington writer Damien Wilkins, this time joined by Craig Terris (Cassette) & Felix Bornholdt. A sort of concept album about a protagonist trying to reconnect with various elements of his life. A nice cycle of chugging indie-rockers & melodic pop tunes. The sound of early REM is a touchstone, but it never seems derivative. Filled with the clever lyrics you’d expect from a writer of Wilkins calibre as evidenced by the opening lines of ‘Troubled Waters’ – When my cousin found religion he gave away his stereo/That God didn’t listen to music was another flaw in that scenario. Reviewed on ‘Off The Tracks’ here & by Grant Smithies here. Watch the video for the title track here.