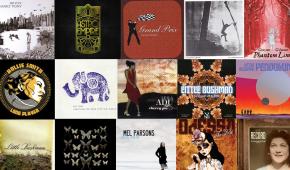 Iconic Wellington recording space ‘Munki Studios’ began in 1995, when sound engineer Mike Gibson moved into the ex-SIS building in Martin Square, off Taranaki Street. During the next 20 years Munki hosted a slew of famous local acts from ‘Flight of the Conchords’ and ‘Trinity Roots’, to ‘Fat Freddy’s Drop’ and ‘The Phoenix Foundation’.

Gibson is relocating to Park Road Post Production in Miramar, the same facility where the Lord of the Rings soundtracks were mixed, but has planned an epic final gig – the Munki Mash Live Stream – to send the old studio out in style. The gig will feature an eclectic collection of Munki alumni, and will be live streamed across the world for free. ‘Trinity Roots’, ‘Orchestra of Spheres’, ‘Eru Dangerspiel’, ‘Grayson Gilmour’, ‘Mr Sterile Assembly’, and ‘Rhombus’ will play at the gig, while ‘Fur Patrol’ has specifically re-united just for the night.

Funded by Boosted & hosted on Transmitworld.tv the gig kicks off at 4pm today…