2015 is shaping up to be an extremely busy year for Wellington metalheads. The event calendar is jam-packed full of notable gigs, including a significant number of international acts. This gives hard-working local musicians the opportunity to play alongside some truly legendary bands and helps them garner much deserved exposure. 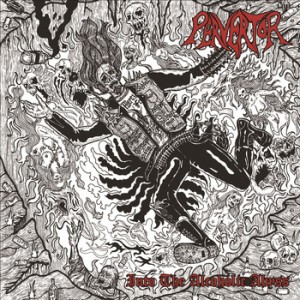 MMXV began with a bang, with Wellington black thrash maniacs Pervertor supporting Swedish black metal legends Marduk on the Auckland leg of their Frontschwein tour in January. This was promptly followed by the third installment of Wellington promoter Headless Horseman’s Strike of the Beast festival, held at Vivian Street venue Valhalla. The impressive line-up included Wellington’s Bulletbelt and their brothers in metal Pervertor playing alongside a strong collective of accomplished metal acts from across New Zealand; as well as the exciting inclusion of Australian metallers Johnny Touch and their Aussie counterparts, black thrashers Bastardizer. 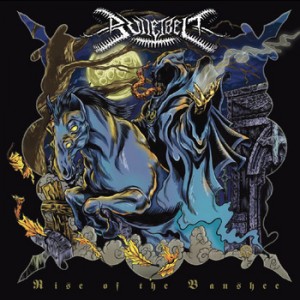 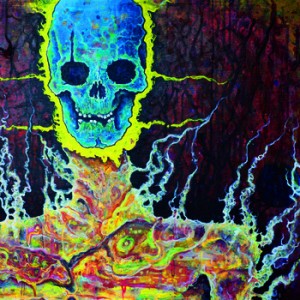 The mayhem continues in April with Cleveland’s black/speed demons Midnight bringing their No Mercy Down Under Australasian tour to the capital this Saturday, 18th April. Joining them in support are Wellington veterans Bulletbelt, local black thrash duo Vomit Storm and Auckland’s Graves. Bulletbelt are relishing an insane schedule at the moment, joining Midnight to play all their Australian and New Zealand shows on the No Mercy tour, having only recently toured their well-received Rise of the Banshee album across the ditch late last year.

The Wellington horde are amped to see mammoth UK grindcore legends Napalm Death and Carcass play two highly anticipated shows at Valhalla next week on 21st/22nd April. Bulletbelt are also proudly playing in support at the sold out Tuesday night Wellington show – a second show on Wednesday having been added after tickets promptly sold out! As a cool side note mentioned on their facebook page, Bulletbelt drummer Steve’s first band Karnage supported Carcass in 1993 (22 years ago!) on their Heartwork tour and [guitarist] Ryan’s old band, Wellington legends Backyard Burial supported Napalm 8 years ago!” Awesome. 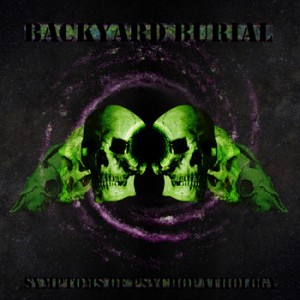 With Desecration of the Capital V coming up on 25th/26th April at Valhalla, there’s no rest for the wicked! This fifth incarnation of local promoter Internecion Production’s two-night festival features an illustrious line-up of several of New Zealand and Australia’s best black/death offerings including Wellington’s Vesicant and brutal death duo Cenosphere.

Seeing us through to mid-2015, Wellington fans are hanging out for the mighty co-headlining Suffocation and Decapitated Despise the World Australian/New Zealand tour heading to Wellington’s iconic bar Bodgea on Friday 1st May. This promises to be a brutal night of renowned international death metal!!

While extreme metal certainly isn’t everyone’s cup of tea, for those who love it, live it and breathe it – we believe it’s really promising to see such a strong caliber of international metal making its way to Wellington with greater frequency. It all helps to support the scene, our musicians and venues, and ultimately encourages the awesome cultural diversity that this cool little city has to offer.

Take a listen to local band Vomit Storm’s album ‘Mudge or be Mudged’ available for free streaming or digital download via their bandcamp page 🙂  And see them play this weekend, Saturday 18th April when they support Midnight at Valhalla.