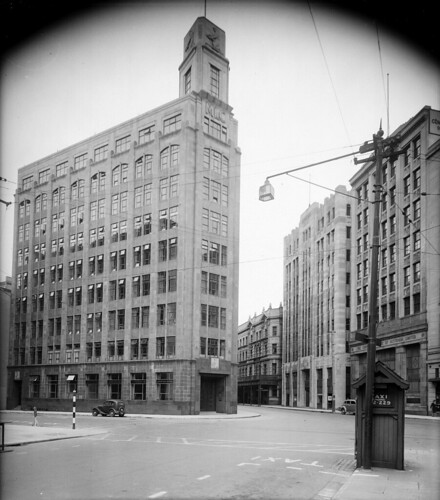 The architecture of our city is a reflection of our history over the past 150 years. From simple wooden houses, to streamlined Art Deco housing blocks, to the curves and vibrant colours of post-modern architecture - in Wellington you can find examples of almost every major architectural style of the last 150 years.

Our city is in a state of continual transition and transformation with different architectural styles coming into and falling out of fashion. Sometimes buildings which were at the cutting edge of design when they were constructed, look tired and dated only two or three decades later. Yet occasionally the same buildings become celebrated as a new generation begins to recognise them for their innovative architecture and heritage values.

Sometimes this recognition comes too late and it has resulted in our city losing many architectural treasures in the name of "progress". A cry of protest may arise as a developer's plans are revealed, but many buildings have been demolished without being publicly mourned. Some exist only as tantalising images in period photographs - leaving the viewer to wonder how different our city might have looked had they survived.

Some of our buildings may at first glance seem ordinary but on digging a little deeper, layers of social history gradually reveal themselves. Some can only be fully appreciated if they are viewed in context of the era in which they were built - what may seem normal to the point of banality today could have been a revolutionary shift in building design at the time.

At its best, architecture can be seen as public art - always on display for us to enjoy. Like other forms of art, changes in architectural styles can mirror how we have developed as a nation. Early Wellington architecture simply replicated what was happening in Britain and America. Slowly European and 'International' styles were added to the mix and gradually these different forms were adapted to our physical and social environment until a true 'vernacular' style of New Zealand architecture emerged.

Wellington City Libraries has a large and popular collection of material about Wellington's built heritage and architecture.

Most of us think of this period when we hear the term "heritage building". As there was little quality building stone available in Wellington, almost all early-mid Victorian structures were built of wood. As such, relatively few of these buildings have survived in Wellington - unlike in Canterbury and Otago where stone was widely used. The bulk of our surviving buildings from this period were built after 1890 when concrete emerged as a 'new' permanent building material which could emulate the structural and aesthetic qualities of stone. The arrival of concrete also coincided with the end of the 1880's depression and a period of economic and population growth which was to continue through the Edwardian period until World War I.

Old St Paul's has become one of Wellington's most loved and studied buildings. The centre of Anglican worship in Wellington for 98 years, it is no longer used as a parish church, but is still in regular use for weddings, funerals, and concerts. Though it may seem extraordinary today, the wooden building came very close to being demolished in the early 1960s to make way for an office block. The building was finally offered to the Government in 1966 and restored. It is now recognised as a landmark in the history of heritage conservation in New Zealand.

World War I was to dramatically alter the social, political, and cultural order of the world. In turn this influenced what was happening in the fields of art and design and was to have an important effect on the development of new architectural styles in New Zealand. Following the 1930s depression the Government began to emerge as a major instigator of new large-scale building projects. Innovative Art Deco design concepts started to arrive from the United States (the most famous local example being the buildings designed for the 1939-40 Centennial Exhibition held at Rongotai) though these were primarily concerned with appearance and aesthetics rather than structure or engineering.

Postwar period, Modernism and the rise of the Vernacular

As we develop as a nation, we have started to recognise our heritage buildings 'young'. Some may be confused when the term "heritage building" is applied to what many might perceive to be a relatively new structure. However by recognising of some of our new landmark buildings earlier, we can be better assured that future generations will be able to enjoy them as we do today.