Book based on movies, comics, and games…

Many people talk about how “the book is better” when they talk about adaptations. (I don’t like this argument, by the way – adaptations should stand on their own). But there are plenty of books based on other media – which is an interesting twist on that, I think!

FNAF is known for its mysterious lore – not all of these questions are answered in these books, but they do provide some interesting context to the strange restaurant and its grotesque, murderous anamatronics…and scares, of course! We have three in our collection: The Silver eyes, The twisted ones, and The fourth closet.

We have so many of these books, it’s impossible to list them all! So I’ll include a few of my favourites. Wonder Woman : Warbringer is pretty great (written by Leigh Bardugo, writer of Six of Crows), and staying in the DC universe, we have Marie Lu’s Batman: Nightwalker. Miles Morales, star of Spider-Man: Into the Spider-Verse, has his own tie-in novel, suitably named: Spider-Man: Miles Morales. Finally, Black Widow: Red Vengeance features the deadly assassin from the Avengers films. 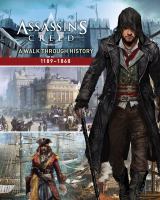 …now read the books! Despite its rather lukewarm reviews, the movie Venom has been a massive hit. Originally the character – the alien symbiote- is an enemy (or ally – it’s complicated) of Spiderman, who doesn’t show up in the film, but we’ve got plenty of comics about Venom if you want to read more!

America – meet your newest hero! The lethal alien symbiote known as Venom is in the custody of the U.S. military – and with a familiar face from Spider-Man’s world inside the suit, the government’s own personal Spidey is going into action as one of the nation’s top covert agents in hostile territory! (Publisher summary)

When a portal to Hell opens in the middle of Las Vegas, Venom must join Red Hulk, Ghost Rider and X-23 on a crusade to stop the spread of Hell on Earth. Can these tarnished heroes wrestle free of their own personal demons and band together to save the world in its darkest hour? Then, Venom faces a gauntlet of doom as Crime-Master unites Jack O’Lantern, the Human Fly, Toxin and more to destroy him! Crime-Master’s diabolical plan brings war to Flash Thompson’s family and friends – and in this war, there will be victims! Meanwhile, Venom joins the Secret Avengers, but what’s left of Flash to join the team? Even with the symbiote under control, Flash’s dark secrets put everything at risk…especially when the original Venom host, Eddie Brock, comes calling! (Amazon.com)

It’s an amazingly lethal Spider-Man/Venom epic!Peter Parker, Eddie Brock and Flash Thompson share a bond – literally! The Venom symbiote changed all of their lives. Now the inky black alien life-form is doubling down on our heroes – and they won’t be the only ones put through the wringer. As a familiar face rises to new levels of villainy, Spidey finds himself between Eddie and a mysterious new figure! Black Cat and her gang are confronted by an amped-up villain called Maniac, who will show everyone how well he lives up to his name. and all the while, Venom Inc. weaves its tendrils through New York’s criminal underworld… (Publisher summary)

If Venom’s going to be the super hero Philly deserves, he’s got to do it right. Venom wants it all – resources, allies, contacts and an HQ – but he knows nothing about setting that up. To make matters worse, he’s already made an enemy of Philly’s toughest crime boss – Lord Ogre. And Lord Ogre declares war! Venom’s evolution as Philadelphia’s makeshift Avenger continues! But Katy Kiernan is dead set on learning all Venom’s secrets. How does Flash protect his secret identity while trying to protect himself? (Publisher summary)

The Changeover, the movie, opens in cinemas next week! It stars great New Zealand actors Melanie Lynskey and Lucy Lawless, and also the super-creepy (in a good way… we think) Timothy Spall, and features Erana James as Laura Chant, and Nicholas Galitzine as Sorry (more information at IMDB here).

We’re super excited! Being librarians, to celebrate we suggest you read the fantastic novel by Margaret Mahy. We’ve got lots of copies, and we love the cover of this new edition.

If you prefer to listen, Radio NZ is also doing readings of The Changeover, narrated by Miranda Harcourt (another great New Zealand actor). The first episode is here.

There have been a lot of comic book movies coming out, so here’s a list of titles related to the movies that have come out recently! All can be found in our YA collection.

Most of our Suicide Squad comics are in the adult section, but there are a bunch of great titles related to the individual characters. Harley and Ivy follows Harley Quinn and Poison Ivy on various capers. Gotham City Sirens follows the same two characters, as well as Catwoman, on their attempts to go straight.

El Diablo’s not a well known character in the DC canon but he’s the star of a standalone title, El Diablo: the haunted horseman. I don’t want to go too much into the plot, as it would give too much away, but it’s well worth picking up.

Killer Croc’s part of Batman’s rogues’ gallery, so you’ll find him in many of our Batman titles. Captain Boomerang is one of The Flash’s reoccurring foes, so he pops up there frequently. Three titles that might interest you are: The Flash: Rogue war, The Flash: dastardly death of the Rogues and Forever Evil: Rogues rebellion.

Here’s the trailer for the upcoming Dr. Strange film. Our latest Dr. Strange title is Dr Strange: the way of the weird. He makes plenty of appearances in other titles too, which

I’m so excited for the Wonder Woman movie! It looks like they’ve stayed true to the spirit of the comics, and it’s great to see her pre-Justice League. Hopefully it lives up to the hype. It’s hard to recommend individual titles for a character who’s been around for 75 (!) years, but her New-52 series are pretty great.

Comics I’d love to see made into films:

Nimona (Noelle Stevenson): I’ve talked about this comic before. A mysterious shapeshifter turns up on the doorstep of the villainous Lord Ballister Blackheart, offering her services. It manages to be funny and heartbreaking at the same time, and nothing is quite what it seems.

This reads part historical epic, part heist story and part medieval romance. After the slaughter of their fellow knights, a small group of the surviving Templars set out to find the lost treasure of their order.

Sometimes there are cases that are too weird for even Batman to handle. So he turns to Jim Corrigan and the mysterious Midnight Shift, a department in the Gotham City Police. It’s creepy and atmospheric; something quite different to the usual DC output, but well worth investigating. Perhaps not a film; a tv show would be even better!

What if Superman had landed into the Soviet Union instead of the USA? A fantastic alternate look at Superman and the Justice League mythos.

This is another “what if” comic, transporting many of the characters from the Marvel Universe into the year of 1602: Queen Elizabeth is dead, the Spanish Inquisition are a constant danger and England has begun its colonisation of America. It seems like a strange premise at first reading, but this is Neil Gaiman at his best.

Last week I mentioned new fiction we were looking forward to ordering. Well, you can now reserve:

We also have recently got extra copies of Me and Earl and the Dying Girl by Jesse Andrews. This is getting the movie treatment, which we’re excited about. September, it is, which is the same month as The Scorch Trials. Incidentally, Paper Towns opens next week!

The second trailer for John Green’s Paper Towns came out yesterday, and it looks pretty rad. Ben is wearing the “World’s Best Grandma” tshirt! I reckon the cast look spot on and we are in for a treat. Check out the new trailer below:

And just in case you missed it the first time around, here’s the first trailer as well:

If you want to refresh your memory, you can reserve Paper Towns by clicking on this cover image:

We also have Paper Towns as a CD audiobook, as a BorrowBox ebook and as an Overdrive ebook!

Does Margo look how you imagined she would? Does Q? Which John Green book do you hope gets adapted next? Share your thoughts on the trailers with us in the comments!

There’s been a bit of a John Green drought. We here are all waiting (and waiting) for him to publish something. Happily, in the mean time, there’s Paper Towns, the movie, which is now basically only 2 and a half months away (mid July). In the mean time, a clip of the Ninja eyebrow scene was recently released:

Also, read the book between now and then! We’ve got lots of copies and I think we might get more.

Remember that post where I mentioned this movie was A Thing but the trailer wasn’t out yet? Well, the trailer is here! Check it out below:

We think it’s going to be fantastic! Plus, the film’s screenwriter was the book’s author Jesse Andrews, so we can be pretty certain it has the author’s seal of approval. If you would like to read (or re-read) the book, go ahead and reserve it from the link below before the queue gets too long! We reckon this one’s going to be a hit.

Me and Earl and the dying girl : a novel / Jesse Andrews.
“Greg Gaines, 17, would be the first to tell you that his constant dickhead behavior makes him the least likely person to befriend a classmate dying of leukemia. But he is pushed into it by his mother and, well, the result is this horrifyingly inane, unstoppable barf-fest of a book. Greg prefers to keep a low profile at school, instead collaborating with his almost-gangsta pal, Earl, on terrible remakes of classic films: Apocalypse Later with Super Soakers, The Manchurian Cat-idate with cats. But his knack for cracking jokes keeps the dying girl, Rachel, smiling, and pretty soon the whole school thinks he is some kind of hero. He is even pushed into making a final opus: Rachel the Film, aka the worst film ever made.” (Booklist)

Based on the Book

Well Insurgent begins at the movies tomorrow, Thursday, the 19th of March. Here at the library we are ready for it: if you want to refresh your memory about what happens in the book (by Veronica Roth) we have:

The book, in print
The book on CD
The ebook

An also Divergent, the film.

And just because, here’s the final trailer: