…and the Central Library has you covered. We’ve got NCEA study guides, and if the one you need is out, just bring some ID to the CYA desk on the ground floor and we’ll get you a reference copy. Those can’t be issued but you can keep them for a few hours to sort out that particularly knotty problem.

There are big tables in the YA area for group study but if you need some more peace and quiet, head up to the Second Floor to our dedicated study area. There are also a lot of desks around the windows on the first and ground floors…and if you get bored you can always look out over our wonderful view.

We’ve also got access to the cbdfree wifi network. Thirty minutes free internet using your own device, for those times you might need to check your Facebook or email. (This librarian does not support procrastination, however…it happens.) Signal’s strongest on the first and second floors.

Podcasts are just the thing for shelving, I find, but I often struggle to find good ones. So I was excited to find four that I really enjoy. Like a lot of my recommendations, they err on the side of the creepy and/or mysterious. All are free and all are available on iTunes. All have quality voice acting and excellent production values.

Borrowing Serial’s format, this (fictional) podcast follows Alex Reagan, a reporter investigation Dr. Strand, a mysterious figure who’s offered a million dollars for scientific evidence of the supernatural. The podcast takes its name from a mysterious collection of tapes that contain footage that Dr. Strand has never been able to definitively debunk. What seems a straightforward assignment takes Alex (and the listeners) on a strange journey involving mysterious deaths, sacred geometry and Dr. Strand’s missing wife.

Tanis is made by the same people who make The Black Tapes- both in real life and in universe. Like The Black Tapes, the podcast follows a single journalist, Nic Silver, as he investigates the mysterious concept or place or conspiracy known as Tanis. Nic is searching for a real mystery in the internet age – like Alex, he finds a lot more than he’s looking for. While TBT focuses on the supernatural, Tanis skews more to strange conspiracies. Nic relies on the services of Meerkatnip, a hacker who spends as much time wryly dealing with Nic’s naivety as searching for information on the hidden side of the internet.

Both are in their second season, so there’s a plenty to catch up on.

Limetown’s my pick for the best of the bunch – once again, a journalist seeks to find out the truth, this time behind the mysterious disappearance of over 300 people from a small town in America. Like Tanis and TBT, the journalist gets a lot more than she’s bargained for; the tense atmosphere starts at episode 2 and doesn’t let up until its shocking conclusion. Unfortunately, there’s no sign of a second season, but there may be a TV show in the future and the creators are working on a prequel novel.

Like the previous three, Alice isn’t dead follows a narrator chasing after a central mystery; what happened to her wife, Alice, whom she had presumed dead. Unlike the others, the narrator isn’t a professional journalist; instead, she’s a long haul truck driver, transporting mundane domestic items across America. The podcast consists of her audio diaries, which she narrates to Alice. Along the way, the narrator encounters many other strange occurances and people, some of which are connected to the central mystery of Alice, others which are not.

Have you heard about Comics Plus?

As the token graphic novel/comic book geek on the Teen Blog, I was pretty excited to hear about our new service, Comics Plus! We’ve had it for a couple of months, but it’s taken me a while to mention it here (whoops, sorry!). Now you can get all the best new titles to read on your computer or your smartphone – check out the main blog to learn how to link it to the library app.

It has titles from major publishers like Dynamite! and Archie, as well as smaller, indie publishers, which is great if you’re looking for new things to read which we may not have in our ‘dead tree’ collection.

Here are my picks for the top reads:

“Finally collected in one volume for the first time! From the mind of Mike Mignola, creator of HELLBOY, comes this Lovecraftian tale of a mysterious girl who arrives in Victorian England with carnage in her wake. Is she evil incarnate or a misled child?” (Goodreads)

“Stan Kidderick, Ninja P.I. is not really a ninja at all. In fact, he’s not even a very good private investigator. He can’t actually use the sword he carries around and he only wears a ninja mask, which he never takes off. He seems quite strange, but he’s just a man who coped with having everything he loved in life taken away from him, by convincing himself he was meant to fight crime as a ninja detective. Yes, he’s lonely, and yes, he’s only hiding from the pain of his former life. But he’s busy working whatever cases he can get using his true calling and talent in life…computers.” (Goodreads).

“Eric Hoffman was your average son of a single-parent, eccentric billionaire, until the day he discovered a family secret — his dad is actually the world’s worst super-villain, Abyss! Now Eric tries to redeem his legacy and stop his father’s plot to destroy San Francisco with the help of a killer robot, and the City by the Bay’s greatest heroes, Arrow and Quiver. If only he could convince them he’s on their side…” (Goodreads).

“At Miss Qiunzilla Thiskwin Penniquiqul Thistle Crumpet’s camp for hard-core lady-types, things are not what they seem. Three-eyed foxes. Secret caves. Anagrams. Luckily, Jo, April, Mal, Molly, and Ripley are five rad, butt-kicking best pals determined to have an awesome summer together… And they’re not gonna let a magical quest or an array of supernatural critters get in their way! The mystery keeps getting bigger, and it all begins here. ” (Goodreads).

“1000 Comic Books You Must Read is an unforgettable journey through 70 years of comic books. Arranged by decade, this book introduces you to 1000 of the best comic books ever published and the amazing writers and artists who created them.See Superman from his debut as a sarcastic champion of the people, thumbing his nose at authority, to his current standing as a respected citizen of the world. Experience the tragic moment when Peter Parker and a generation of Spider-Man fans learned that “with great power, there must also come great responsibility”
Meet classic characters such as Archie and his Riverdale High friends, Uncle Scrooge McDuck, Little Lulu, Sgt. Rock, the kid cowboys of Boys’ Ranch, and more.
Enjoy gorgeous full-color photos of each comic book, as well as key details including the title, writer, artist, publisher, copyright information, and entertaining commentary.
1000 Comic Books You Must Read is sure to entertain and inform with groundbreaking material about comics being published today as well as classics from the past.” (Goodreads)

Here are a few links to help you out:

–Past exam papers and exemplars from NZQA (click on a subject to find the papers and what’s required to pass). Study Time also has these.

–Study tips and advice can be found on Study It, NZQA, Study Time (filmed in the Central Library!).

–Subject help can be found on Study It.

–Cliffs Notes is where you’ll find literature guides for those novels you’ve read this year.

–Find lots of subject info in our selection of databases. Encyclopaedia Britannica is a good place to start.

–Need a break? Procrastinate here with these awesome links.

You are welcome to study in our libraries. They are warm, dry, have wifi, and you can bring in your coffee and a nibble. The librarians will help you find any info you need. 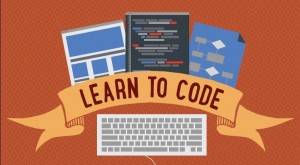 Ever wanted to create your own website or online game? Book your place at the two FREE coding workshops during the October School Holidays.

Building with jQuery – 1Oct, 9.30am-3.30pm, Wellington Central Library (Mezzanine Meeting Room)
For people with little or no previous experience with JavaScript, but confidence in HTML and CSS, this workshop introduces attendees to what’s possible with jQuery: from hand-coding using jQuery’s convenient collection of functions, to using complex plugins written by other jQuery developers.

Attendees leave the workshop at the end of the day with their work published online as a live website.

This workshop is free, and open to those aged 10-18yrs old (and any teachers that want to learn also!). Places are limited, registrations are essential. Go to gathergather.co.nz for more info and to register

Requirements:
-Familiarity with copying, renaming and moving files
-A Mac or Windows computer with internet access
-Python 3 pre-installed (from Python.org)
-Excitement about learning to code!

Attendees leave the workshop at the end of the day with a simple text-based game of their own creation.

This workshop is free, and open to those aged 13-18yrs old (and any teachers who want to learn also!). Places are limited, registrations are essential. Go to gathergather.co.nz  for more info and to register.

In Adrienne, Events, Happenings, Internet, Pencil it in your diaries 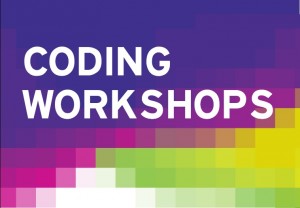 Got an idea for a website but don’t know how to develop it? Get along to these two free coding classes during the April school holidays. They’re perfect for beginners and a great way to learn how to code using CSS/HTML, and you’ll get a chance to create your own live website. BYOD.

Places are limited and bookings are required: bookings and info To celebrate Te Wiki o Te Reo Māori 2014, Wellington City Libraries are weaving an online story, with the chance for you and your school to win some cool prizes.

Well-known author, Paora Tibble, has written the first paragraph but we need you to continue the story each day, from 21-25 July.

A paragraph (up to 200 words) will be selected, daily, from each age group, and the stories will finish on Friday afternoon, 25 July.

The prizes for overall winners include an iPad for each age group winner, plus $250 of book vouchers for the winners’ schools.

The school with the most contributors will also win $250 of book vouchers!

For your chance to win, join us online and weave your story: wcl.govt.nz/mawhaituhi

We are on tumblr! If you’re wasting some time, waste it with us at wellingtoncitylibraries.tumblr.com. There is also useful information.